The Pata Yamaha WorldSBK Official Team with Rizla is prepared to fight for podium results at the sixth round of the FIM Superbike World Championship at Circuit de Barcelona-Catalunya this weekend.

Following the back-to-back events of Aragón and Teruel, Pata Yamaha riders Michael van der Mark and Toprak Razgatlıoğlu are both eager to return to the podium and believe it will be possible when WorldSBK races in Barcelona for the first time on Saturday.

The two riders have the results to back it up from previous rounds, specifically Phillip Island, Jerez and Portimão, where at least one Official Yamaha R1 WorldSBK has been on the podium in nearly every race.

Located in Montmeló in the northern part of Barcelona, the 4.627km Circuit de Barcelona-Catalunya is said to be one of the busiest tracks in Europe and a regular host to Formula One, MotoGP and many other series, as well as a popular winter testing venue.

With a long straight and mix of flowing, technical sections, the hope is that the circuit layout will suit the Official Yamaha R1 WorldSBK machines against stiff competition. Despite completing a successful test before racing restarted, more temperate conditions and even possible thunderstorms forecast for the weekend may be different than the sweltering summer heat experienced when the team completed 332 combined laps over two days in July.

Nevertheless, that first test back will prove to be crucial in allowing Van der Mark and Razgatlıoğlu to get up to speed quickly during Free Practice, starting at 10:30 and 15:00 local time (GMT+2) on Friday, 18 September.

A Fast Lap of Circuit Barcelona-Catalunya with Toprak Razgatlıoğlu 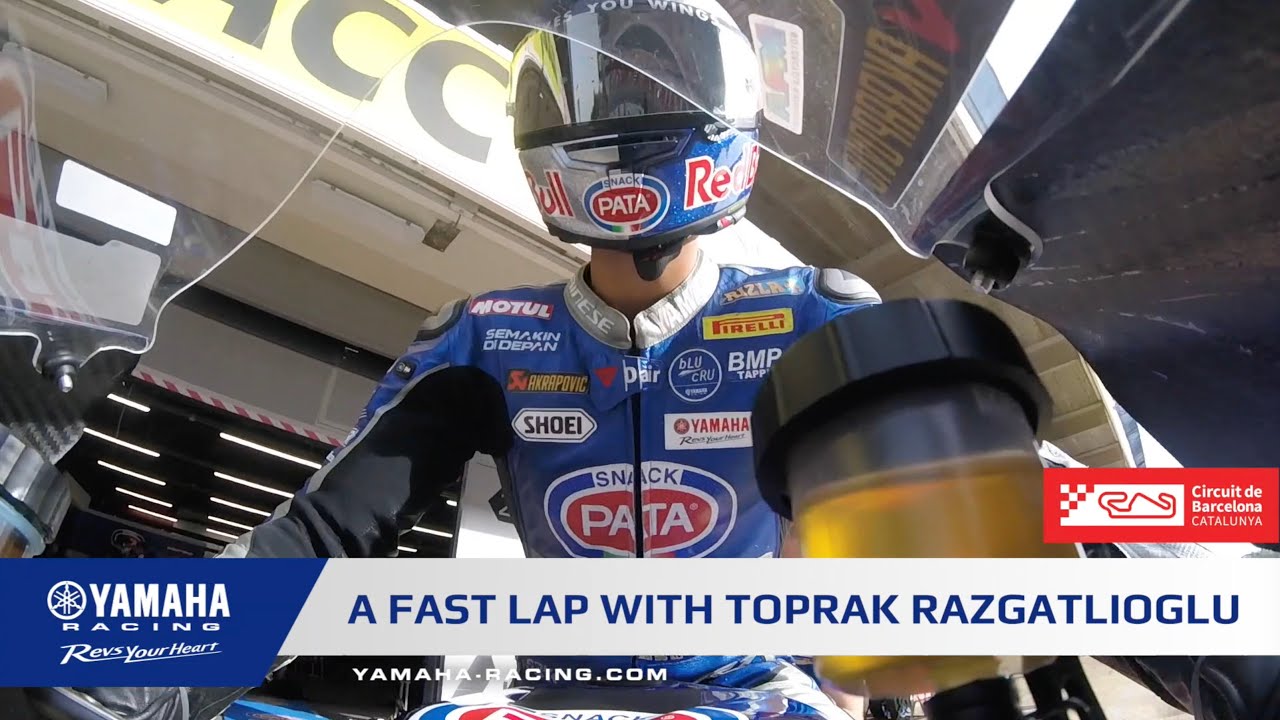 Really happy that we have another race weekend, again in Spain, but this time on a new track for us. I’m looking forward to it because the Circuit de Barcelona-Catalunya is an amazing track and it’s great to have World Superbikes there. It’s a shame for us that there are still no fans but I think it’s a good circuit where we can have some good battles. We had a really good test there just before the restart of the season, so I’m looking forward to it and hopefully this weekend we are able to fight for the podium again. I am really looking forward to riding my Yamaha R1 again. After some disappointing results in Aragón, we were also able to find some positives in the end, but the aim is to fight for podiums and victory in Barcelona. We had a good test here in July when it was very hot – I only knew the circuit from video games before so it was good to have some laps and be quite fast before the race weekend. I think the layout suits my riding style, we can use heavy braking to our advantage here again and I am looking forward to the races.