Perfect Weekend for Pata Yamaha with Brixx WorldSBK Despite Controversy 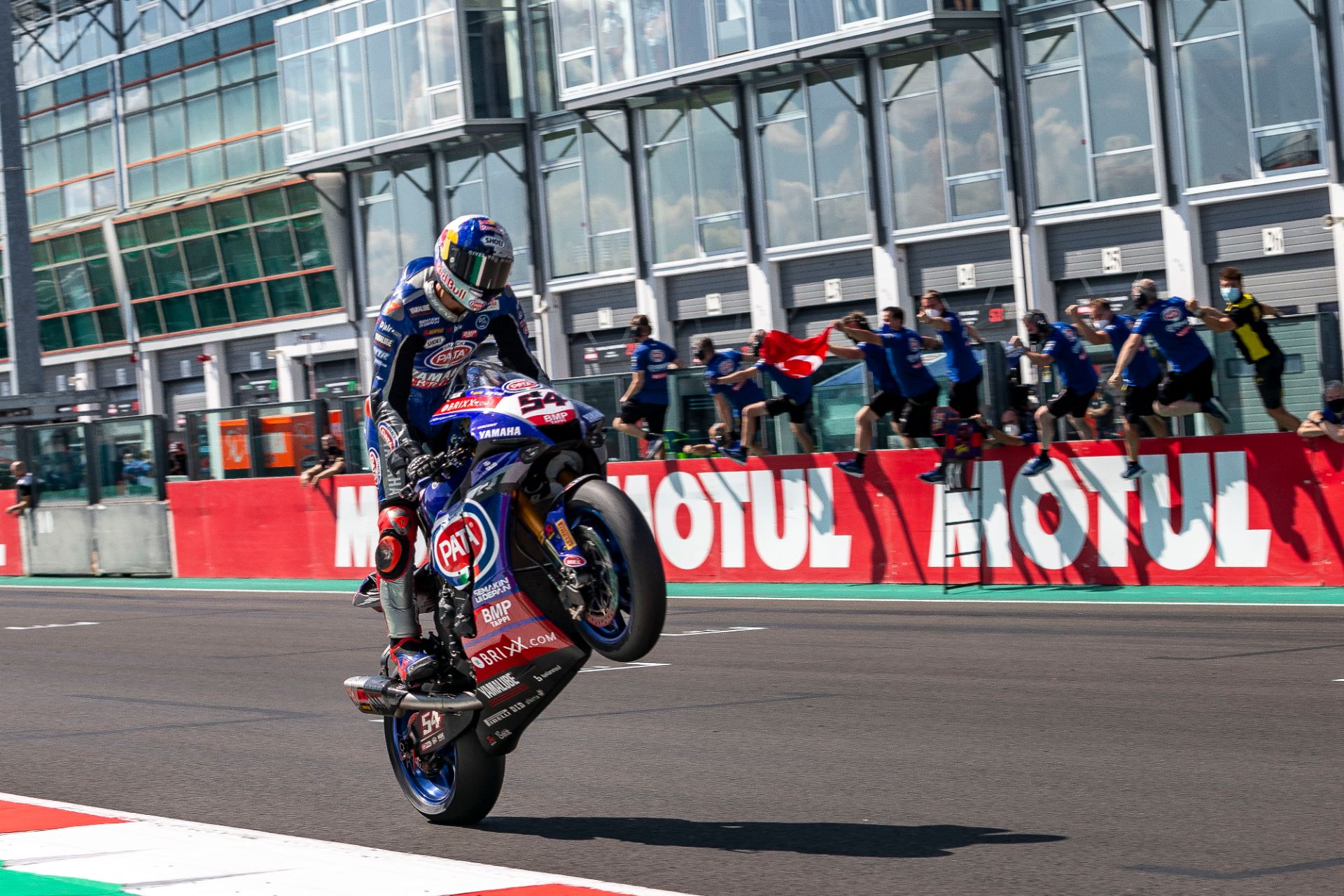 Perfect Weekend for Pata Yamaha with Brixx WorldSBK Despite Controversy

Pata Yamaha with Brixx WorldSBK rider Toprak Razgatlıoğlu achieved “The Triple” on track as he crossed the line first in all three races, at the eighth round of the FIM Superbike World Championship at Circuit de Nevers Magny-Cours in France today.

However, after a formal protest to the FIM Stewards by a rival team, Razgatlıoğlu was deemed to have exceeded track limits on the final lap of the Superpole Race this morning, and as such was delivered a one-place penalty sanction following the final classification of Race 2 later in the day.

Fans of WorldSBK were treated to two outstanding battles in both the Superpole Race and Race 2, as Razgatlıoğlu and main championship rival Jonathan Rea went toe-to-toe in an unbelievable show of two-wheel motorsport racing talent. This morning, they chased each other down to the final corner of the 10-lap sprint – with Rea taking the lead into the Imola Chicane before Razgatlıoğlu responded to take it back at Turn 15 directly before the final corner.

The afternoon’s feature was much of the same as the two pushed each other until the latter stages. Taking the lead on Lap 11, Razgatlıoğlu was able to pull away over the final few laps, setting a blistering pace to take a dominant victory of almost three seconds from Rea.

For teammate Andrea Locatelli, Sunday’s racing was a little less complex but still required a huge dose of speed and determination. After celebrating his third podium of the season yesterday in Race 1, the #55 rider took two fine fourth-place finishes to move into fourth position overall in the Riders’ Championship standings – a magnificent achievement at this stage of his rookie season.

The Pata Yamaha with Brixx WorldSBK team looks forward to challenging for victory again at the next round from 17-19 September, as the first of three back-to-back race weekends kicks off at Circuit de Barcelona-Catalunya.

For me an incredible weekend, because this was my dream – to make three wins together in one weekend, and I am really happy. Ok, somebody else decided we did not win the Superpole Race but for me, I won the race and I enjoy this fight a lot. We did everything we can so also big thanks to my team because they did an incredible job. Every race they improve my bike and also we are fighting every race for the win. I am not looking at the championship because I am always focused every race for win and for good points, and also this race, I try only to win. Finally again we made a great win in Race 2 and I am really happy today.

It was a fantastic race for me today, because I needed to push until the end because I have the pressure behind me. We are very fast during the weekend, I take a podium yesterday and stay every time in the top four, this is really good! Today it was not easy and it’s still my first time at this track compared to the other riders, but we work really well, don’t make a mistake and I think this is the recipe to make the good results. In Race 2, I did not see Michael after I overtake him in the last corner, I sensed something but I didn’t see when he touched me. We touch a little bit but this is the race and I am happy that everything is okay. Now we have a good level but we need to do something more to try to stay with the front group. It has been an excellent season so far, and I am now P4 in the championship which I never thought would be possible!

A fantastic weekend for the team, for both riders - of course to “win” all three races is an ambition fulfilled for Toprak, for Yamaha and for the Crescent-run Pata Yamaha with Brixx WorldSBK squad. The protest after the Superpole Race was very disappointing, as was the process of administrating the protest and the very late timing of the sanction notice, but in the end we know what we achieved, our competitors know what we achieved and we move on. Toprak was just awesome this weekend, Loka reconfirmed again that he is 100% “there” as a superbike racer, and honestly we couldn’t be happier. Well done team, again you were fantastic! 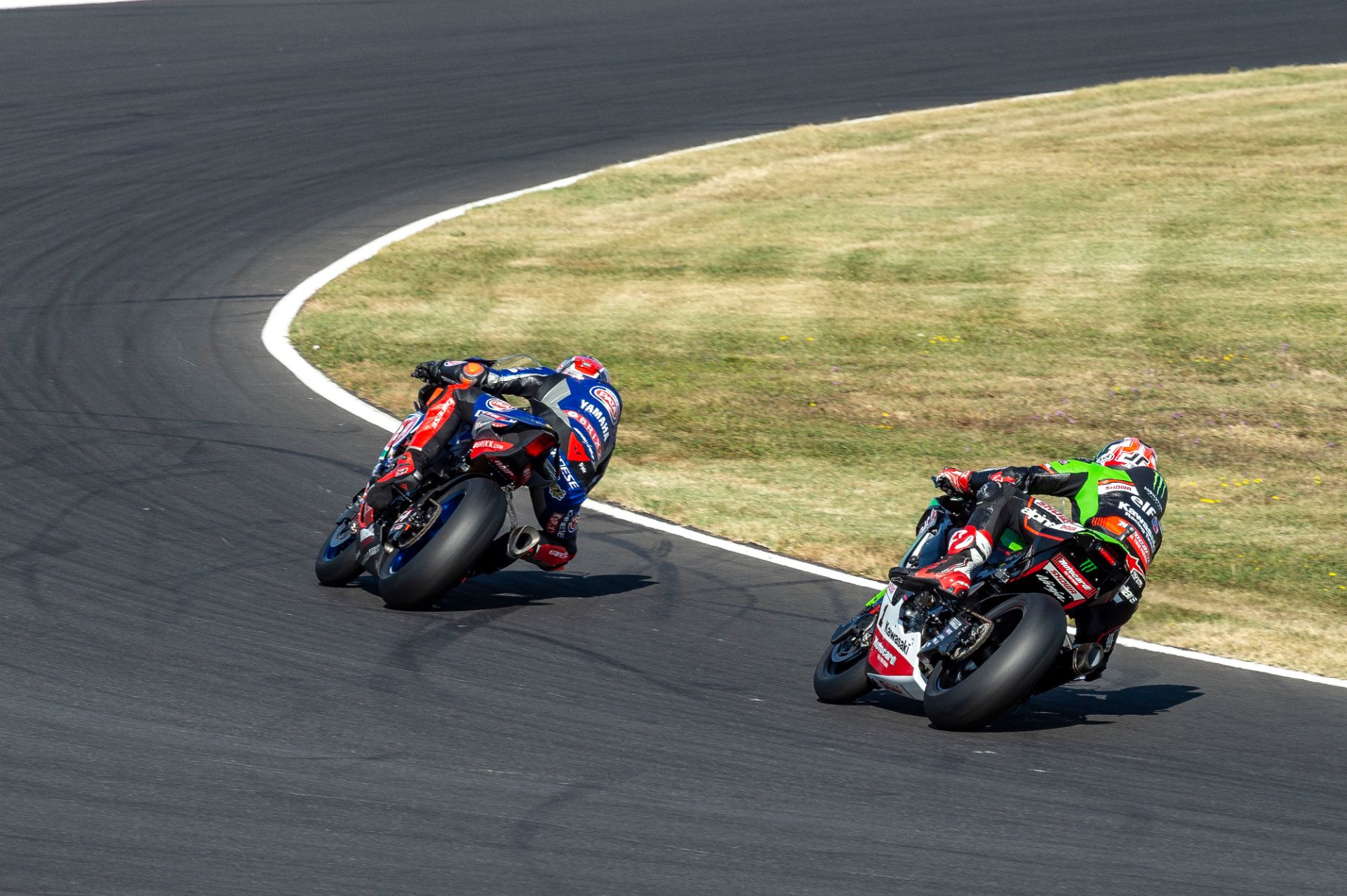