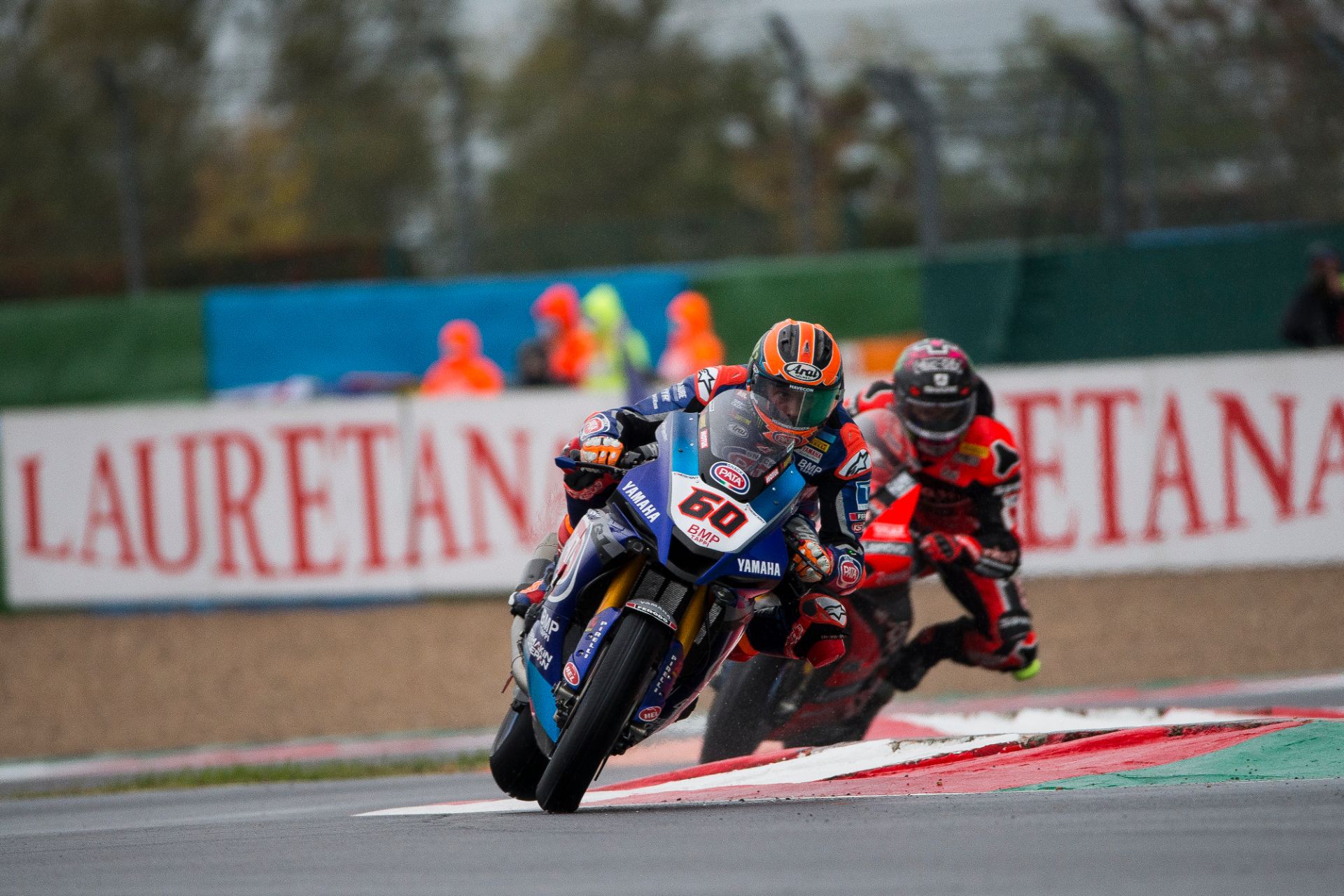 The seventh and penultimate round of the 2020 season provided global TV audiences and a small number of keen French fans permitted to watch from the grandstands thrilling track action in tricky wet conditions.

Van der Mark made a lightning start from sixth on the grid in the Superpole Race, eventually taking third at the chequered flag, his seventh podium of the season, and cemented a front-row start for Race 2. While the Dutchman hoped for a repeat performance in the afternoon, a lack of grip in the wet meant that he ultimately had to settle for fifth position.

For teammate Toprak Razgatlıoğlu, the “perfect” wet weather set-up continued to prove elusive on Sunday. Despite improving from his grid position of 13th to finish ninth overall in the 10-lap sprint race this morning, the young Turkish rider, who initially made progress at the start of Race 2, did not have the confidence to maintain the pace required to finish higher than ninth in either race.

While fit and fully cleared to race, Razgatlıoğlu was also still feeling some residual pain due to the high-side crash suffered in Warm-Up at Barcelona just two weeks ago.

The 2020 WorldSBK season draws to a close in a fortnight with the final round at Estoril, Portugal, starting with Free Practice on Friday 16 October.

This morning in the Superpole Race, I felt really good with the Yamaha R1, it had some good improvements and I had some nice battles. On the last lap, I had a great fight with Scott [Redding] and managed to finish third, so I’m really happy with that and to be on the front row of the grid for the second race. I had an OK start in Race 2 but struggled with the front feeling and also the grip out of the slow corners throughout. I couldn’t fight with the others because they were really strong in my weak area. Then it was hard to catch up and at a certain point I was alone in the race just trying to be consistent and not make any mistakes. I finished fifth which was not bad, but we have a lot of work to do to catch Chaz [Davies] in Estoril for third in the championship. Today, we tried a different set-up but it was not fantastic because we were not able to achieve a better grid position in the Superpole Race to improve in Race 2. But we are learning more and more each time, because in the past I have found the wet conditions difficult, so we keep trying to find a good set-up that works for me. Simply, I need to be faster in the rain! We will see what is possible in Estoril. Racing in these very slippery conditions is always a huge challenge for the riders and brings out interesting and inconsistent results. With Mikey, we made a decent step from yesterday and his superb fighting podium in the sprint race was very well deserved, followed up by another strong ride in Race 2 for fifth place. It seemed like he struggled with feedback from the bike in the early laps, but once he found his rhythm, he was able to match the pace of the winner in Race 2, which is encouraging if it is wet again in Estoril. For Toprak, today was disappointing in terms of results, but there are still positives to take given his previous difficulties in wet conditions and also considering that he is still carrying injuries from the Barcelona accident. Let’s hope Estoril is dry – it should be an interesting race weekend for all the teams and for the championship as a whole.