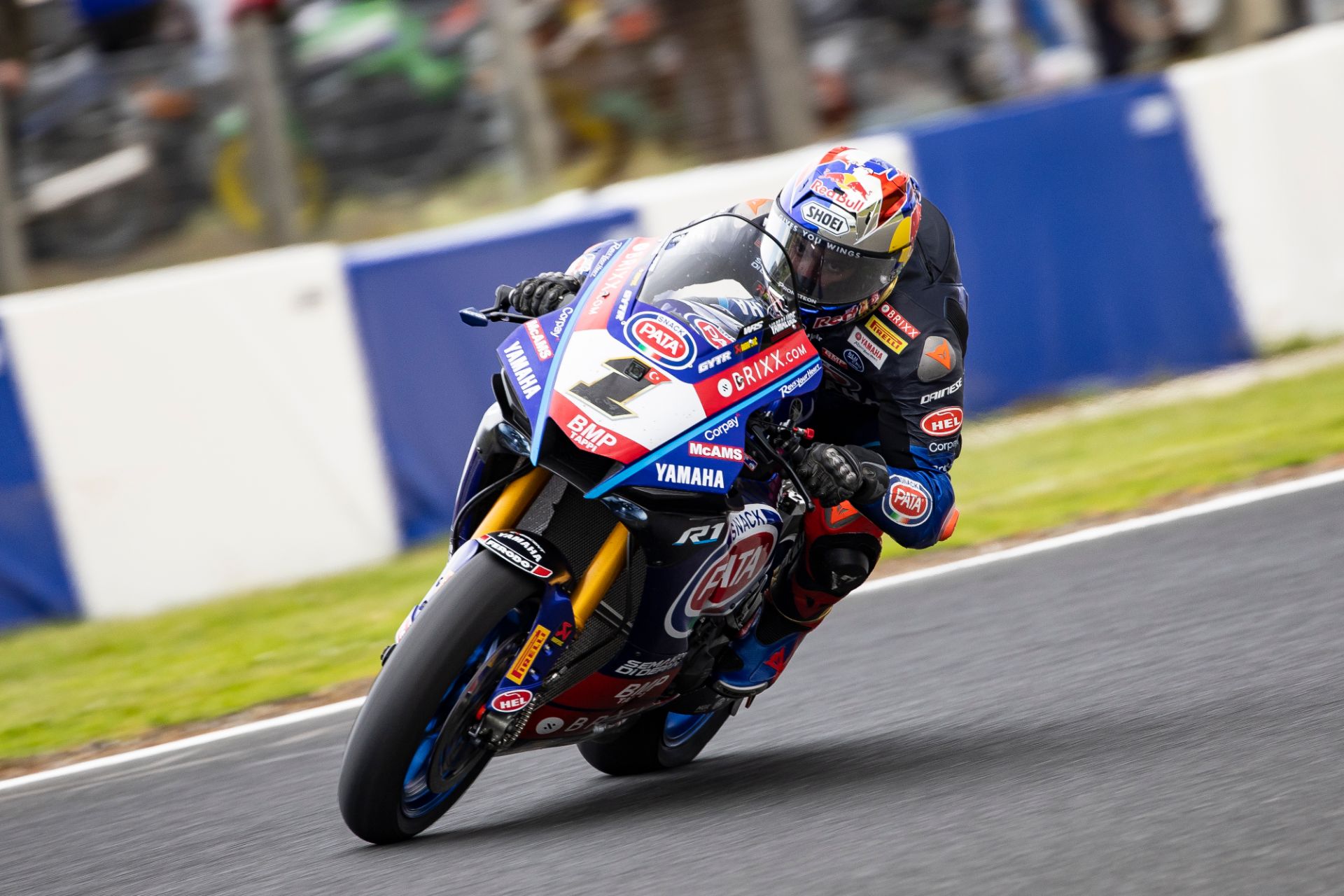 Toprak Razgatlıoğlu and teammate Andrea Locatelli finished their 2022 FIM Superbike World Championship campaigns strongly with a podium and trio of top-five results on the final day of racing at the Phillip Island Grand Prix Circuit in Australia today.

Another frenetic Superpole Race this morning delivered further excitement for the 43,549 fans who braved the elements here this weekend, following yesterday’s “wet-dry” Race 1, as Pata Yamaha with Brixx WorldSBK’s Razgatlıoğlu put the #1-plate Yamaha R1 WorldSBK on the box for the final time this season with a thrilling ride to second place. A deluge fell on the coastal circuit just minutes before pit lane opened, but a drying track allowed Alvaro Bautista’s brave gamble to run full slicks to pay off, with the team’s Turkish ace unable to answer on the same wet/intermediate combination as Kawasaki rival Jonathan Rea, who finished a very close third.

Race 2 provided much of the same WorldSBK action enjoyed by fans throughout the year with the top trio of Razgatlıoğlu, Bautista and Rea battling for the win, after a stunning double overtake into the Miller Hairpin (Turn 4) put Razgatlıoğlu into podium contention on Lap 5. Unfortunately, the race was cut short on Lap 17 by a red flag, leaving Razgatlıoğlu to finish the season with fourth place followed by his teammate’s return to form with two very consistent and positive fifth-place rides.

Having achieved three pole positions in his 2021 title-winning year, Razgatlıoğlu won the overall Tissot Superpole Award for 2022, starting from pole on four occasions, winning seven Superpole Races and only starting outside the front row an incredible four times out of 36 races. He also achieved the largest “dry” pole margin in WorldSBK since 1992 – with a gap of 1.052s from the second-fastest time at the Mandalika International Street Circuit.

The Turkish rider has also become Yamaha’s most successful rider in WorldSBK with 30 wins to date, surpassing the previous record held by Noriyuki Haga, and 2022 saw him celebrate 14 victories to go “one better” than last year’s historic season, despite one less event in the calendar than 2021.

In his sophomore WorldSBK year, with increased competition across the category, Locatelli stepped on the podium on just two occasions in Mandalika and Assen, but finished the season strongly in the final rounds to secure a well-deserved fifth overall in the riders’ standings.

Spectator crowds returned to WorldSBK in droves following the COVID-restricted 2020 and 2021 seasons, with the largest attendance seen at San Juan in Argentina of 78,549 followed by Misano, Italy with 65,825 and a record-breaking Donington, UK round of 51,831 – the largest seen since 2014.

The team will be back on track for a three-day private test to work on intensive preparation for the new 2023 title campaign at Circuito de Jerez from 13-15 December, as it attempts to take back the “Triple Crown”.

“We tried every session to find good grip and good set-up, and also last race was very strange because I feel after ten laps big drop in rear tyre – also I see Alex, he is also pushing a lot and after two laps I see his rear spinning, so I think to myself, last two laps I will pass him. But then we see the red flag – but, I am very happy for him, he needs the bonus because he has two babies! He was very strong this weekend and so we finish the last race in fourth position but second in the championship. In the Superpole Race, Alvaro made a good gamble but he is already World Champion so he can take the risk! We were still fighting for second in the championship, so we put the same tyre as Johnny and just we are fighting with Johnny. I saw at the start of the race that everywhere was dry, so I thought Alvaro would win. Congratulations to him again for the championship and also Jonathan, because this year we are fighting together every race – it was also a very good season for fans, everyone is watching the unbelievable races every weekend. I am very happy for this because I am part of it and everyone enjoys my style! Now it is very nice to share with the fans and do many stoppies! Three wins in Donington and Mandalika was incredible for me, also a very big thanks to my team and to Yamaha – we are very strong and we will see next year if we can win the championship again.”

“We finished the season in a really good way, this is very important for testing over the winter and to restart the 2023 season. I am really happy about the last two rounds, but I am a little bit disappointed about a couple of races where we lost a lot of points, so maybe we can fight for fourth position in the championship but we finished a difficult season in fifth place. We need to be happy but we need to look forward to prepare for next season, we will see what we can do to come back stronger. Here in Phillip Island, it is a track I know well but it is not easy to ride, especially as my first time here with this bike. The wind was really strong and the conditions on track changed every 30 minutes, so it was really difficult but I think this weekend I learned a lot which is important for the future. It’s just my second season, so I need to continue to work, to believe in myself and I think we can improve and close the gap – like in Mandalika we were really close. Here was a little more difficult but we will look to next season, we will be fighting again with my team and this fantastic R1!”

“We had a tough Friday on Toprak’s side, so to end the weekend with two podiums and potentially another one but for the red flag this afternoon is an encouraging set of results – and a good platform to improve further when we come back here in February. Loka has ended the season in a really impressive manner. He looks a lot more “at home” on his R1 WorldSBK than he did a few weekends ago, and via his efforts both here and in Indonesia, has secured fifth place in the championship which is a good reward for a solid season. He also has a much better base to start with to improve for next year. Thanks to everyone at Yamaha’s organisation in Milan for the great support and personal commitment of the staff, to Yamaha Motor Europe and of course, to our very dedicated team. We will try again next year and do our best to wrestle the title back to Yamaha.” 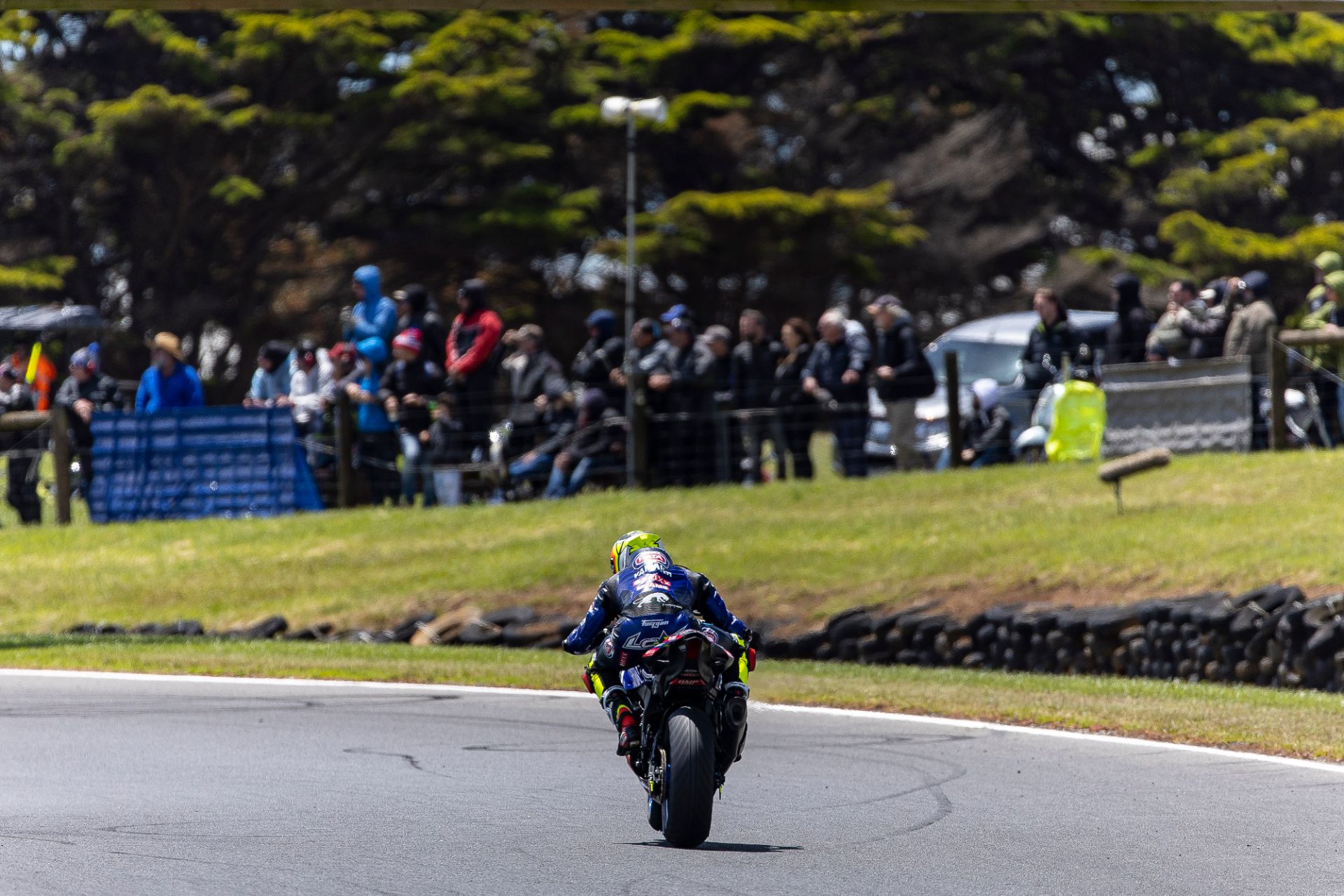