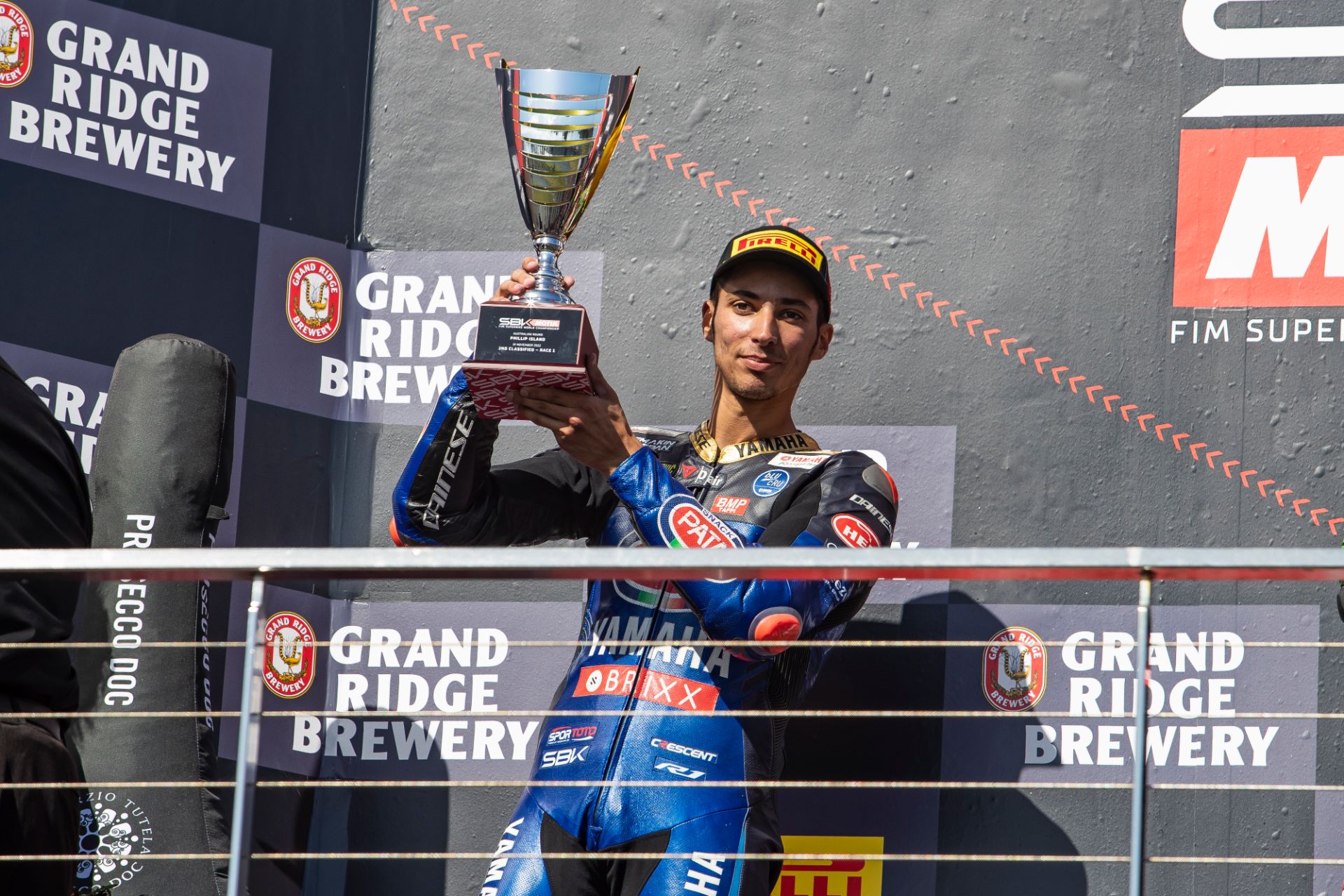 Pata Yamaha with Brixx WorldSBK rider Toprak Razgatlıoğlu returned to the podium for the 29th time this season, finishing second in an enthralling wet-to-dry Phillip Island Grand Prix Circuit classic, at the final round of the 2022 FIM Superbike World Championship in Australia today.

He was backed up by teammate Andrea Locatelli, who continued his fine run of form with another fourth place finish – less than three seconds from the podium. The Pata Yamaha with Brixx WorldSBK pairing started the day strongly during a fully-wet FP3 with Razgatlıoğlu second-fastest and “Loka” in fifth position, before Superpole saw them qualify P4 and P5 on the grid respectively for Race 1.

Conditions by late afternoon were mixed in the full meaning of the word, with rain, wind and sun battering down on the stunning 4.445km Australian venue. What started as a wet race quickly developed into a game of strategy, as Razgatlıoğlu went to the front of the pack and Locatelli also got an excellent start into fourth. Despite a drying track, the possible chance of more rain meant the top riders stayed out as long as possible on full wet tyres and waited for the right moment to pit.

After a series of race leader changes, Razgatlıoğlu followed Kawasaki’s Jonathan Rea in for slicks at the end of Lap 10. When the “dust” of the pit stops had settled a few laps later, Pata Yamaha with Brixx WorldSBK’s Turkish ace was around five seconds behind eventual race winner Rea – the two matching each other’s pace lap-for-lap throughout the final 12 circuit revolutions, with Razgatlioglu unable to bridge the gap.

Locatelli was himself embroiled in a battle with new WorldSBK Champion Bautista and the second Kawasaki machine of Alex Lowes. The young Italian held his own, and with superior pace to the Ducati in the final stages of the race, passed Bautista at the Miller Hairpin on Lap 18 to finish just behind podium-sitter Lowes.

With two races left in 2022, there are two trophies yet to be decided: the Pirelli Best Lap Award in which Razgatlıoğlu and Bautista are currently tied and the Tissot Superpole Award, where Razgatlioglu holds an 11 point lead over Rea with a maximum of 12 points available for the 10-lap Superpole Race tomorrow. Razgatlıoğlu and Bautista are also tied on the number of race wins achieved in 2022, with 14 each.

"For me this weekend was not a good start but my team are working every hour for the good bike and now I am happy. You know, we are finishing the race on the podium and also a strange race! For me, first time like this race with the pit stop. My team, small mistake, not possible to put the front tyre inside the bike and maybe we lose almost five seconds – but this is the race, this is motorsport, I try my best and the team tried their best so anyway, I am happy we are here! We are not alone, this is teamwork and we finish second position. Now I am looking to tomorrow because we have two more races to finish the season. In the wet part of the race, I waited until I was feeling too much spinning in the rear and after I am not pushing the tyre. I see the dry line but also possible starting again rain, so I tried to keep the tyre and watch Johnny also not pushing. After some laps, I see Johnny enter for the box and I follow him directly. Tomorrow will also not be easy with weather like today, I hope again we will see the sun but I will fight again for the podium and try my best.”

“It was a fun race today for the fans and I think also for us, to do the pit stop was interesting! In the end we got fourth position, so I think we should be happy because it’s a good result and I was fighting with Alex for third. I will try again for the podium tomorrow for sure! I want to say a lot of thanks to my team because they were really good in the pit stop – everyone did a really good job, we didn’t lose any time and no mistakes. I am really happy about today and I enjoyed the race, now we are looking forward to repeat again tomorrow. I hope we can take some more confidence, to learn on this track to start again strong in 2023! We are here, we are fast, and we have a good package with the R1 so we will fight in the Superpole Race and again for Race 2. I want to try for the podium and to enjoy the maximum result, we’re close to Lowes so we will try.”

“For Toprak, after a really difficult Friday here at Phillip Island, today was a very strong recovery – particularly in the wet FP3. It really seems like he’s improved this previous weak point of his riding and a good qualifying was followed up by a superb performance both in the wet first part of the race, and the subsequent dry laps to follow. Unfortunately, we had a problem in the pit stop with the front wheel and because Toprak was able to match the pace of Jonathan, without this it looks like he could have been in the fight to win which considering where we were at the end of FP2 is a great result for both team and rider. Loka took a big step forward in Indonesia and has repeated it again all weekend here at Phillip Island. Battling and beating the new WorldSBK Champion is no mean feat, and to finish just one place outside of the podium... A good Saturday overall and let’s see what we can do to improve and try to take another step forward tomorrow.” 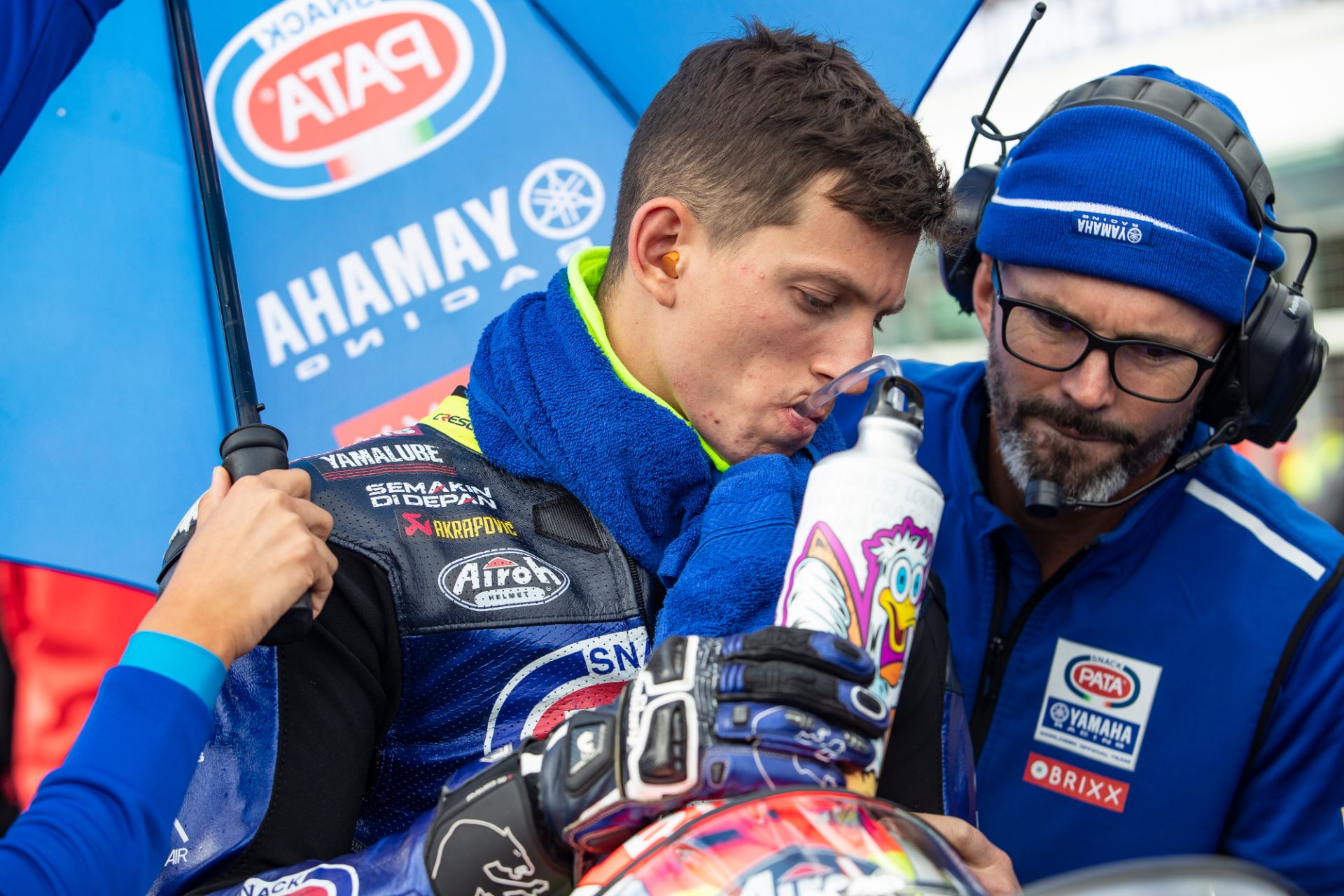