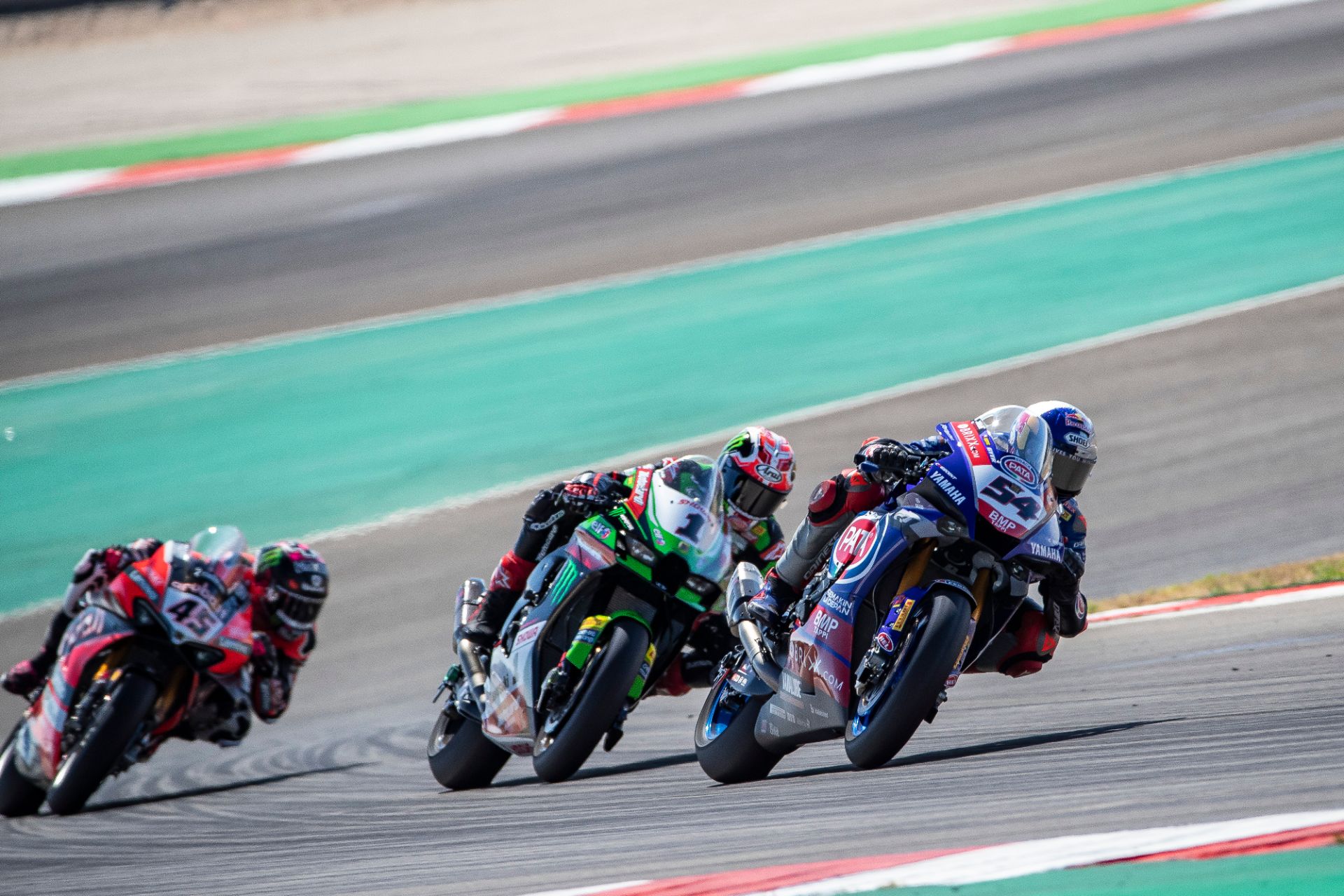 Pata Yamaha with Brixx WorldSBK rider and 2021 FIM Superbike World Championship leader Toprak Razgatlıoğlu retains a 24-point series lead, despite crashing out from Race 2 after a freak technical issue at the Autódromo Internacional do Algarve today. Teammate Andrea Locatelli paired up two commendable fourth-place finishes on track and an inherited podium in Race 2, following a penalty for Loris Baz, to keep his own top-four championship hopes alive in his rookie WorldSBK season.

After a week of glorious sunshine in the Algarve, rain greeted the WorldSBK paddock this morning at the Portimão circuit, throwing another dynamic into an already tense event. The 10-lap Superpole Race was held under full wet conditions, with Locatelli and Razgatlıoğlu taking measured approaches to bring their R1 WorldSBKs home in fourth and sixth place respectively, ready for the main points-paying Race 2.

As the weather cleared, Race 2 delivered another thrilling battle between Razgatlıoğlu, Jonathan Rea and Scott Redding where the three protagonists, each on different machinery, battled it out.

Razgatlıoğlu was denied the chance to fight for another victory when his front mudguard detached from its mounting and caused him to crash at high speed in Turn 15, at the end of Lap 10. Yamaha’s engineers and the team will mount a full investigation into the cause of the failure, and ensure a counter-measure is introduced before Free Practice 1 at the next race event.

Compensation was left in the hands of the team’s young Italian rider, Locatelli, as he held on for another fine fourth place finish in the 19-lap feature race. Following revised Race 2 results, “Loka” was awarded the third-place podium position and is now equal on points with Michael Ruben Rinaldi for fourth in the championship.

Yesterday’s Race 1 win was Yamaha’s 300th podium in WorldSBK, and extended the record for the number of podiums in a year for a Yamaha rider (25). Regardless of today’s DNF result, Razgatlıoğlu could also have the opportunity to break 2009 WorldSBK Champion Ben Spies’ record for most wins on a Yamaha (14) before the end of the season.

In just eight days the Pata Yamaha with Brixx WorldSBK team will begin the long journey to Argentina for the 12th round of the championship and the first “fly away” round for WorldSBK this year.

In the rain, after I see Jonny crash again, I close gas and just finish to focus on Race 2, because my feeling was not so good compared to Barcelona wet race. Race 2 was just bad luck for me, because something on my front fender was broken and after it entered the front tyre, and then front sliding, this is very bad luck! I say ‘why not possible to be broken on the straight, when it gives no problem?’ ‘Why broken on the last corner!’ But this is life, this is racing. I’m not happy because I was fighting for the win, but I crash and it was not my mistake. I am not looking back at this, I am only looking to focus on the next race. Every race weekend it is still changing in the championship. I am focused on the Argentina race now, and I am fighting again for the win – if I win, I take the points but I am still not looking!

I don’t know, I am happy but also not so happy today. The feeling with the bike is not so bad at the start of the race and I tried to stay with the front group, but after five or six laps I started to lose them a little bit. Also my body is not feeling so good today after yesterday. These are my first WorldSBK races in Portimão on the superbike and we try to get the maximum, but it is not an easy weekend. P4 is not bad, but I want to stay closer to the front group and stay in front of Baz and Bautista but today it was not possible. I was lucky to finally be third, this okay but it is not a “real” podium. We look forward, now it’s important to restart in Argentina which for me is a completely new track but I think we can do well. I want to say thanks to all of the team because of yesterday and today with the conditions it was not easy. We work a lot and score good points for our championship, and now I want to do more. We are now quite fast, I just need a little more experience, so we will see in San Juan.

A massively disappointing end to a great weekend. The upside is that Toprak is 100% okay physically but the clear downside is that the crash could have been avoided, and was no fault of Toprak’s. The team and its engineers are investigating very carefully what caused this to happen. All we can feel leaving the track this evening is a sense of bitter disappointment having cost Toprak the opportunity of at least another podium finish. On the other hand, we came here 20 points in the lead, we leave Jonathan’s favourite track 24 points in the lead, so everything is still to fight for in Argentina. On Loka’s side of the garage, he is physically not in the best condition after yesterday’s crash. He has a lack of experience at Portimão and found it difficult to achieve the same rhythm that he had in Barcelona and Jerez, but again two intelligent fourth-place finishes today has kept his fight for the top four in the championship very much alive.