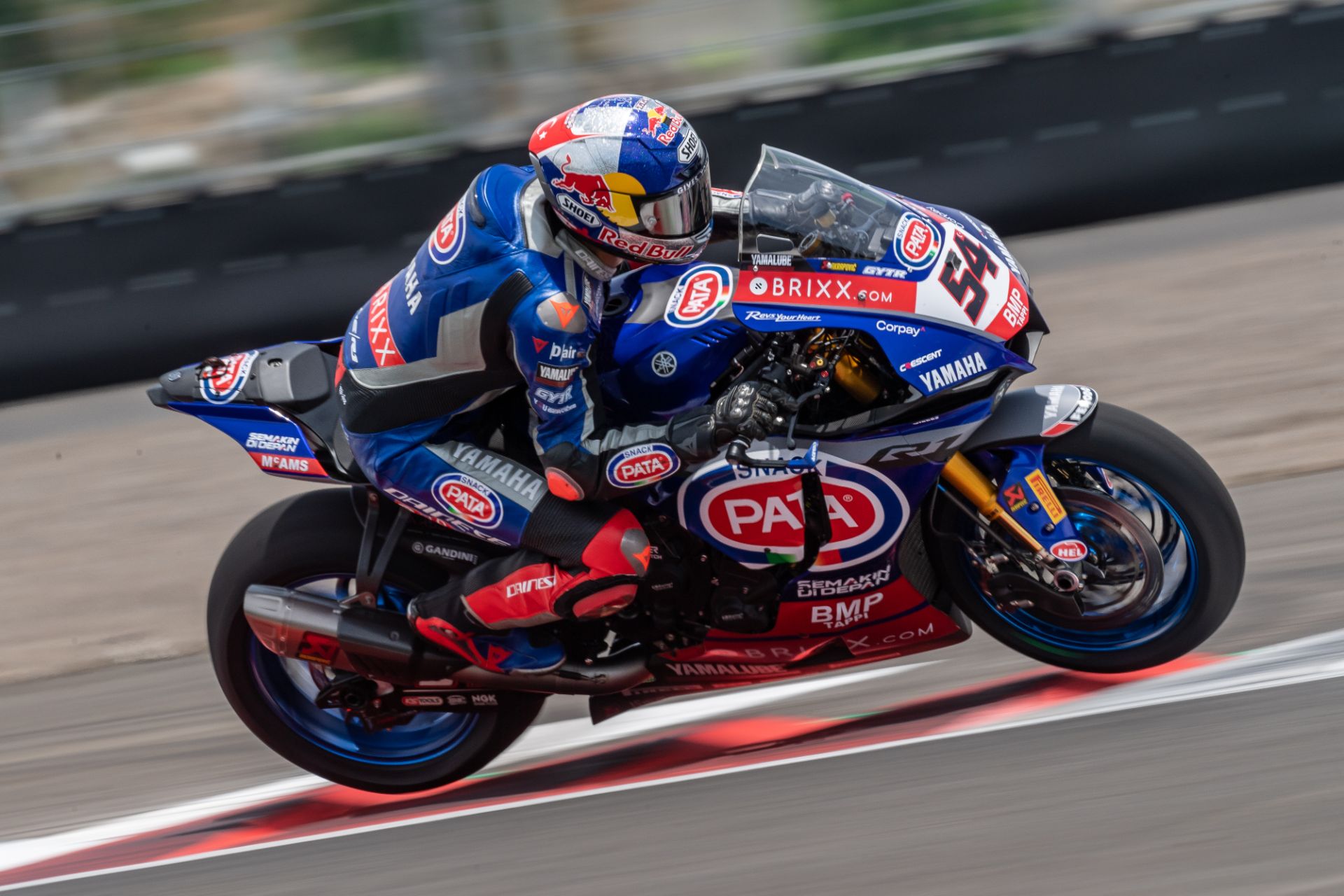 Toprak Razgatlıoğlu reigned supreme on the opening day of the 2021 FIM Superbike World Championship title showdown at the all-new Mandalika International Circuit in Lombok, adapting quickly to the Indonesian track to go fastest in both Free Practice sessions.

Heading into the weekend with a 30-point lead over Kawasaki’s Jonathan Rea, Pata Yamaha with Brixx WorldSBK’s Razgatlıoğlu threw down the gauntlet in FP1, with the Turkish rider in a class of his own, going 1.544s faster than his nearest contender.

In the afternoon, the 25-year-old focused on long-run pace in order to solidify his consistency around the 4.3 km venue, setting fastest lap after fastest lap on his way to P1.

As his rookie WorldSBK season comes to an end, Andrea Locatelli improved throughout Friday’s sessions. The team opted to run only one set of tyres in FP1 to give the Italian as much track time as possible. Having gone 10th in the morning, the 25-year-old managed to improve by 2.413s in FP2, to end the day in eighth overall.

The Pata Yamaha with Brixx WorldSBK team and riders will have one more opportunity to find the right balance and set-up of their Yamaha R1 WorldSBK machines in the 30-minute FP3 session tomorrow at 09:00 (GMT+8), before the battle for pole position commences at 11:10. The first-ever WorldSBK race at Lombok will then get underway at 15:00 that afternoon.

Today we start very fast! Also, I’m feeling very good and I like this track, it is fun to ride. I’m very happy for this last race of the year also because Indonesia is a Muslim country and the feeling is a little like home, I’m really happy for this! Now, I’m feeling that we are ready to race, but we will see tomorrow, I try again, I’m fighting again. We will see, everybody is fast, everybody improves and they will also try their best, but tomorrow we only try to win.

In the end, it’s been like a normal Friday. The feeling is coming a little bit more in Free Practice 2, so it’s not so bad. I need to understand what to do on the bike and where I need to improve on the track. For sure tomorrow we will make a step. I hope it’s dry, we are ready and I’m sure if we can improve a little bit we can stay at the front. I have more of an idea now, because I ride a little bit more in FP2 and understand where to improve, so tomorrow we will try to get the maximum.

It’s been both an interesting and challenging start to the inaugural Indonesian WorldSBK round here at Lombok. The layout is very nice, even though it looks difficult to pass. While the facilities aren’t fully finished, the organisers have made a brilliant effort to get everything workable for this weekend. In terms of performance, we have an incredibly talented rider in Toprak and his ability to learn the track and be so fast in slippery conditions accounted for the big time gap in FP1, rather than anything different we as a team gave him. As expected, FP2 was a lot closer. Nonetheless, Toprak still had the best speed, rhythm and consistency, so it’s been a very positive start. Loka used the same tyres for the whole of the first session and immediately found more pace on fresh rubber in FP2. He’s only a couple of tenths away from front row pace. Overall, it’s been a good start, an enjoyable day, and we’re looking forward to qualifying the bikes well and doing our best tomorrow afternoon. 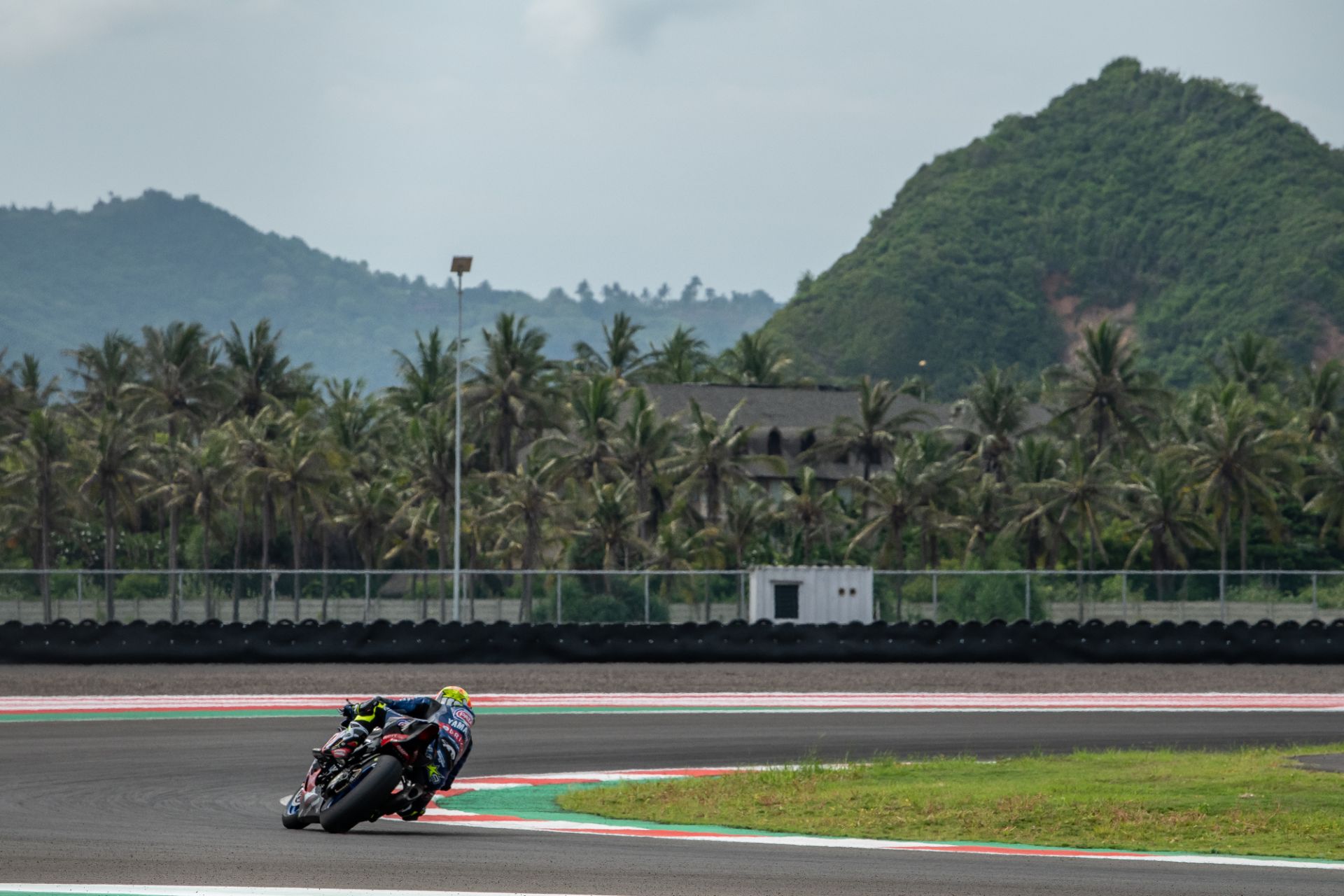