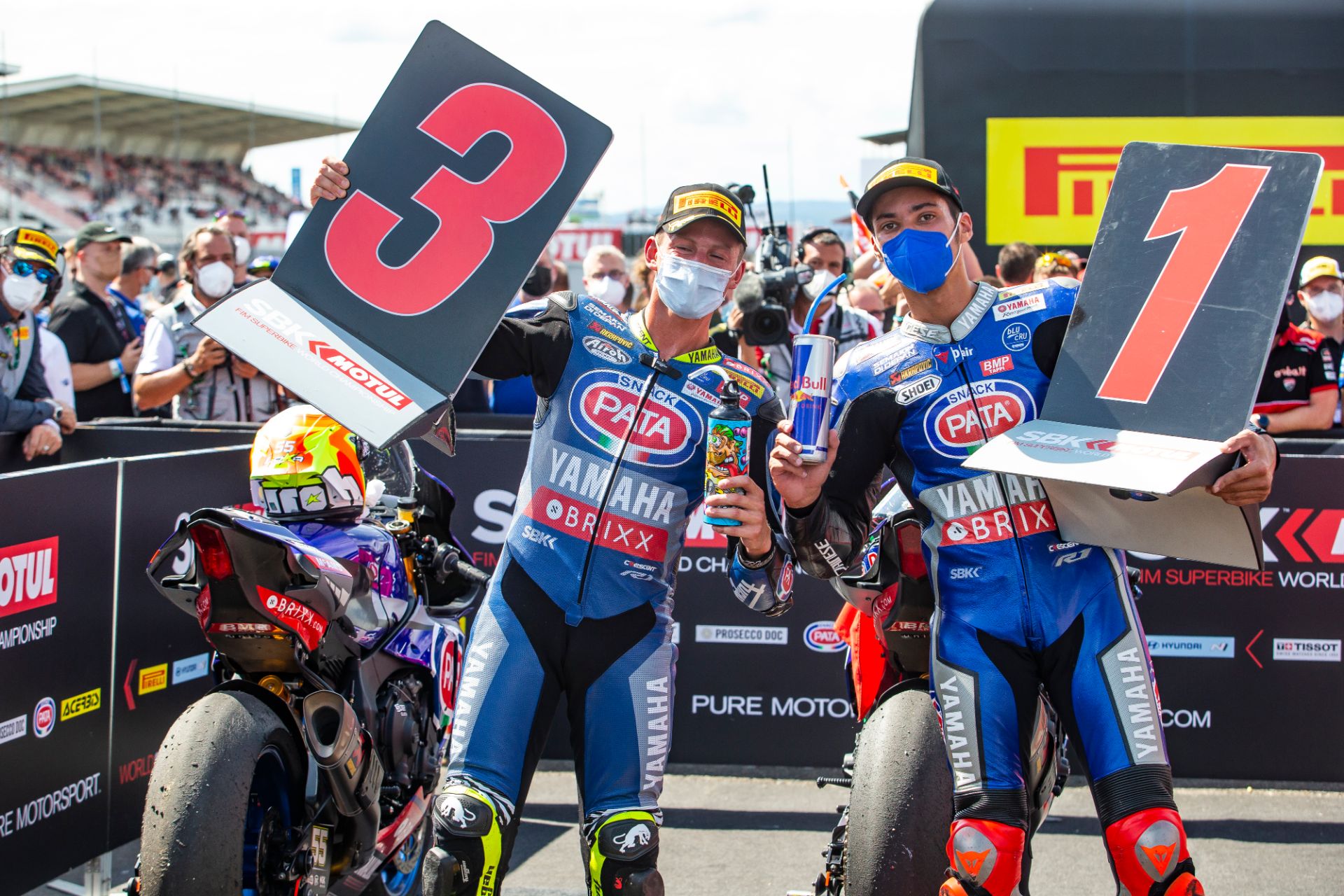 Pata Yamaha with Brixx WorldSBK celebrated a spectacular double podium with a thrilling victory for Toprak Razgatlıoğlu, backed up by third place for Andrea Locatelli, in Race 1 of the sixth round of the 2021 FIM Superbike World Championship held in the Czech Republic today.

Many are calling it the “race of the season” so far, as Razgatlıoğlu fought to the limit with championship adversary Jonathan Rea, then in the final lap with race leader Scott Redding, after qualifying second on the grid in an equally nail-biting Superpole session this morning.

Knocked back to third place after leading the initial laps, Czech fans were treated to a phenomenal fight-back as the #54 Yamaha R1 WorldSBK rider diced with Rea for more than 10 laps until the Kawasaki rider lost the front and crashed into Autodrom Most’s low-speed Turn 1. With just eight laps remaining, Razgatlıoğlu hunted down Ducati’s Redding for a historic last lap victory, setting the fastest lap of the race on Lap 15 in the process.

Locatelli’s Race 1 was no less exciting, as the WorldSBK rookie took his second podium on the bounce following a stellar qualifying, which very nearly saw him line-up on the front row of the grid. Starting from sixth, the team’s Italian rider rode an exceptionally mature race to pick off the likes of Tom Sykes and Michael Ruben Rinaldi, before taking a well-deserved podium after Rea’s uncharacteristic error.

It will be a tough act to follow today’s performance, but the Pata Yamaha with Brixx WorldSBK team still has two more opportunities at finishing on the podium again with the 10-lap Superpole Race at 11:00 (CEST) and final full-length Race 2 taking place at a later time of 15:15, with a 15-minute Warm Up from 09:00.

I am really happy because it was a very good race me, but also hard work! I felt the grip was low from the start and so I just tried every lap to have the best possible lap time, to make no mistakes and try to catch Redding. Last lap I just tried my best, when Jonny crashed I knew I needed to take as many points as possible and so I pushed for the win. In the last lap I was fighting with Scott, I try every corner to attack because I need the full 25 points. Thanks to my team, because this weekend they have done an incredible job working, and it is a new track for everybody but Andrea and I both arrive on the podium. Tomorrow we will try again, we will see, but today was a good start!

An amazing podium for us, it’s so good. We started really well this weekend and I feel very strong here. We need to search a little bit for more grip in the rear to try and close the gap to the front group. In the end, my team were able to do a really good job today and I’m really happy. With Toprak, with Yamaha we work so well together and we improve every session which is important and the double podium is really nice for the team. We will try to enjoy this moment a little bit and spend some time tonight working towards tomorrow. For sure, in the Superpole Race will be important to try and stay with the front group for Race 2.

What a race! The first double podium for the Pata Yamaha with Brixx WorldSBK team in 2021, huge congratulations to both riders and well deserved for everyone involved in the project. Toprak simply rode like an animal for the whole race. Scott was extremely strong and the pace at the front was much faster than we expected. To just stay there was difficult enough, but to find the reserves to catch Scott and make it happen in the last couple of laps to win the race was just a stunning performance. For Loka, two podiums on the bounce: there’s nothing more to say – he’s clearly arrived as a World Superbike rider and we are very proud of his improvement. 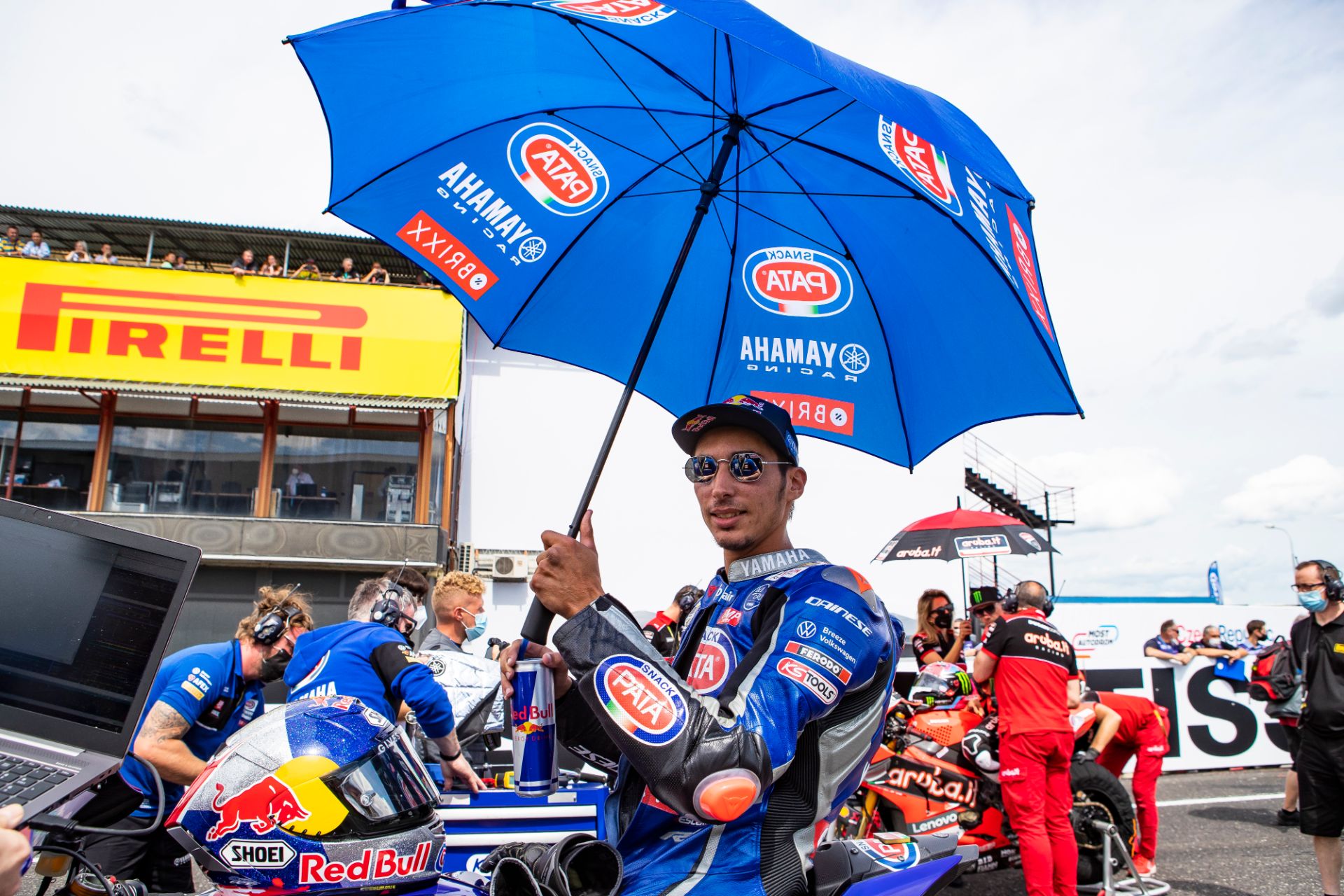