Yamaha Dominant in all World Championship Classes on Sunday at Jerez Yamaha Dominant in all World Championship Classes on Sunday at Jerez

Alongside this, Yamaha was crowned WorldSSP manufacturers’ champions for the fifth consecutive season, with Yamaha Motor Europe Road Racing Manager Andrea Dosoli sharing his thoughts on the weekend.

“It has been an emotional weekend after the tragic passing of Dean Berta Viñales. What happened on Saturday has affected everyone, and when something like this happens, we all need to try to learn from this and look at ways that we can make a step forward in terms of improving safety. From the sporting point of view, Yamaha showed great performances on Sunday to win every race. Congratulations to all the riders and teams for this fantastic achievement. It was an important weekend in WorldSBK where we enforced our leading position, while it was a very positive result in WorldSSP, as we claimed the manufacturers’ title. Bahattin Sofuoğlu also achieved another victory and we’ve seen a great step from him in these closing stages of the WorldSSP300 championship.” Pata Yamaha with Brixx WorldSBK’s Toprak Razgatlıoğlu enjoyed a perfect weekend at the Spanish venue, having taken his first pole position of the season on Saturday, before battling to win both races, fighting through to beat Jonathan Rea in the first and holding off Scott Redding in the second.

“Of course, Toprak was just as surprised as all of us, considering the difficulties he was facing on Friday, where he didn’t have the best feeling with the bike. He was also not 100 percent fit on Sunday. The team did a great job improving the set-up of his Yamaha R1, which allowed Toprak to achieve his second WorldSBK pole position. Sunday has been tough, he was not feeling so well, on top of all the emotion from the day before, but he managed it in a fantastic way. In Race 1, he was able to achieve an important win over Johnny. In Race 2, he was clever in his defence against Scott, and he managed to take his 10th race win of the season.” 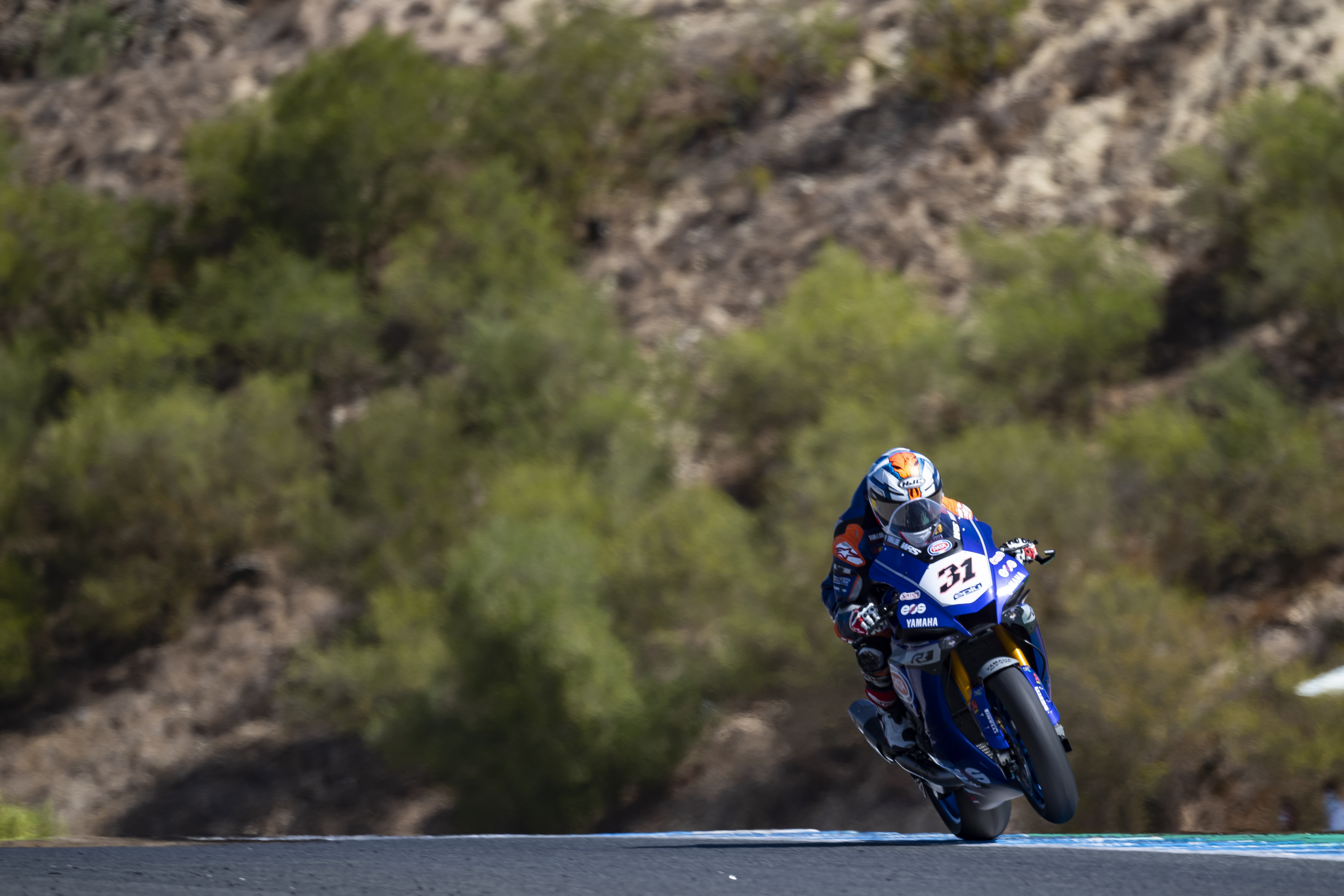 Elsewhere in WorldSBK, 2021 rookie Andrea Locatelli was narrowly off the podium, claiming a pair of fourth-place finishes, having crossed the finish line less than a second behind third in both races.

At the GRT Yamaha WorldSBK Team, Garrett Gerloff was twice 10th, with his rookie teammate Kohta Nozane 13th in Race 1, before a fall in Race 2 ended his top 10 challenge. GIL Motorsport Yamaha’s Christophe Ponsson scored a point in the first, with YART Yamaha’s Marvin Fritz just missing out on points in his and the team’s second WorldSBK weekend.

“Another step for Andrea, who was just off the podium with two fourth places. We have seen one of his best performances of the season for him, showing he’s continuing to close the gap to the top guys and I’m sure we’ll see him on the podium again in the coming rounds.

“Garrett has shown that he has the speed, with a promising Warm Up, but he didn’t have the best of starts in both races. He managed to still take solid results, so he knows what he needs to work on to improve the final position in the final few rounds. In Kohta, we have seen another improvement during the weekend. In Race 2, he showed a good performance and was fighting for the top 10, but a small mistake saw him unable to take advantage of this. Christophe was able to score a point, but more important was the fact that the gap to the front shows that he’s continuing to improve. It was nice to have Marvin and YART Yamaha team back for another round. They were unlucky in the races, but we know they are capable of better results.” In WorldSSP, Ten Kate Yamaha WorldSSP Supported Team’s Dominique Aegerter dominated on his return, taking the lead at Turn 1 from second on the grid, before building a near 10 second lead by the finish to score his 10th win of the season. This result saw Yamaha confirmed as the 2021 manufacturers’ champions with three rounds to spare.

“I would like to congratulate Dominique and the Ten Kate Yamaha team. He did something very special at this track, and no one could match his pace. He really dominated the race, and on some laps was even a second faster than his closest rivals, demonstrating that he is fully deserving of his position at the top of the championship. Manuel Gonzalez showed great speed again, but he wasn’t completely comfortable with the set-up in the race, so just missed out on another podium. I would like to thank all the teams and riders on their contribution towards us taking the manufactures’ title for the fifth time in a row.” 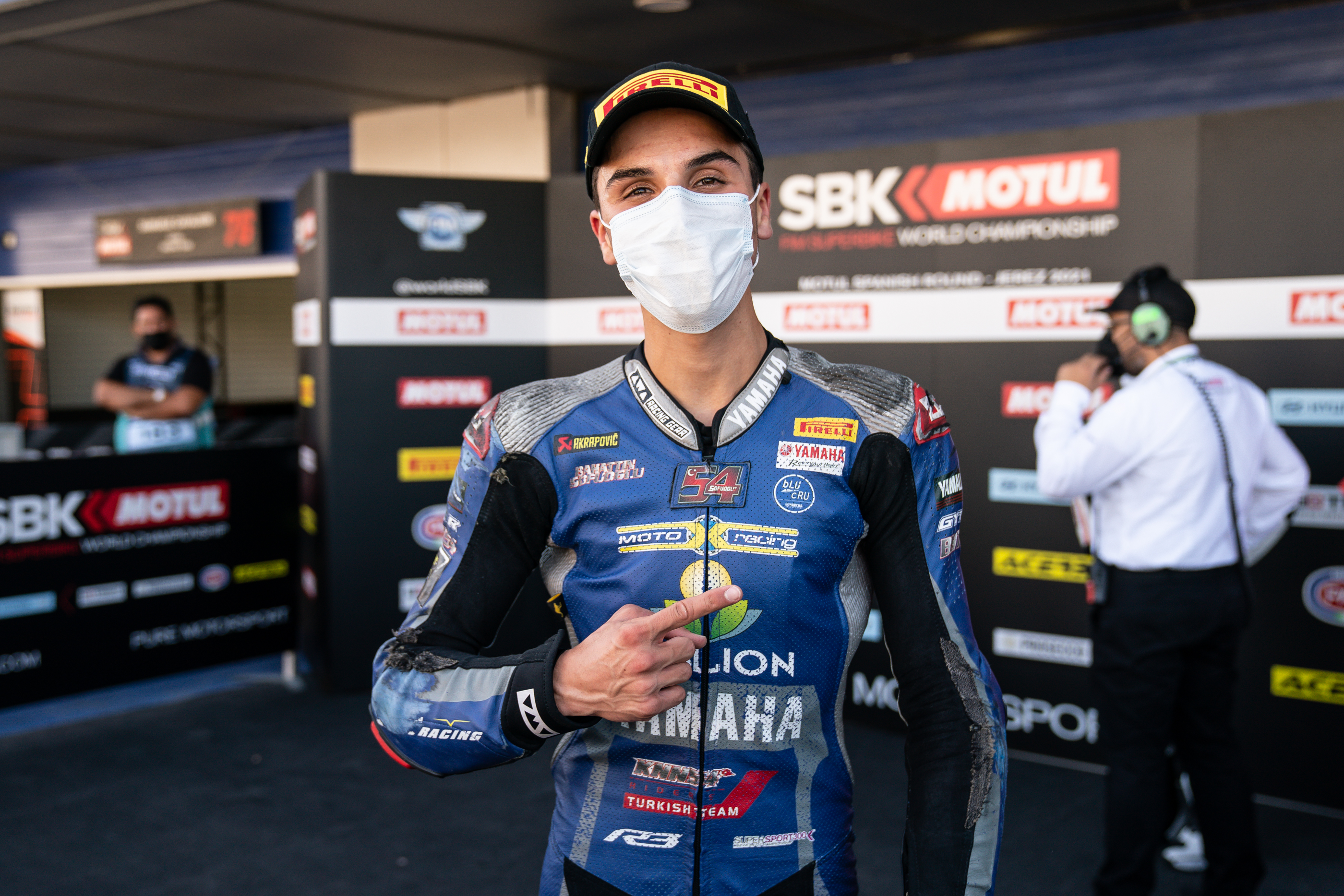 Off the back of a successful Barcelona weekend, Biblion Motoxracing Yamaha WorldSSP300 Supported Team’s Bahattin Sofuoğlu backed up his third-place result in Race 1 with a comfortable victory on Sunday, seeing the bLU cRU rider climb into the top five in the championship ahead of the Portimao finale this weekend.

“Another great result for Bahattin, with a podium and the win clearly showing the level of this rider and the maturity he’s achieving. He’s been unlucky in the first part of the season, but those lessons have been important for his development and his approach during the races. Winning with a gap in the WorldSSP300 is something unusual, but it highlights his talent and the efforts he put in during this race.”

Next up for the world championship paddock is the Portuguese round this weekend at Portimao, which marks the last European leg of the WorldSBK and WorldSSP championship, as well as the 2021 WorldSSP300 finale. 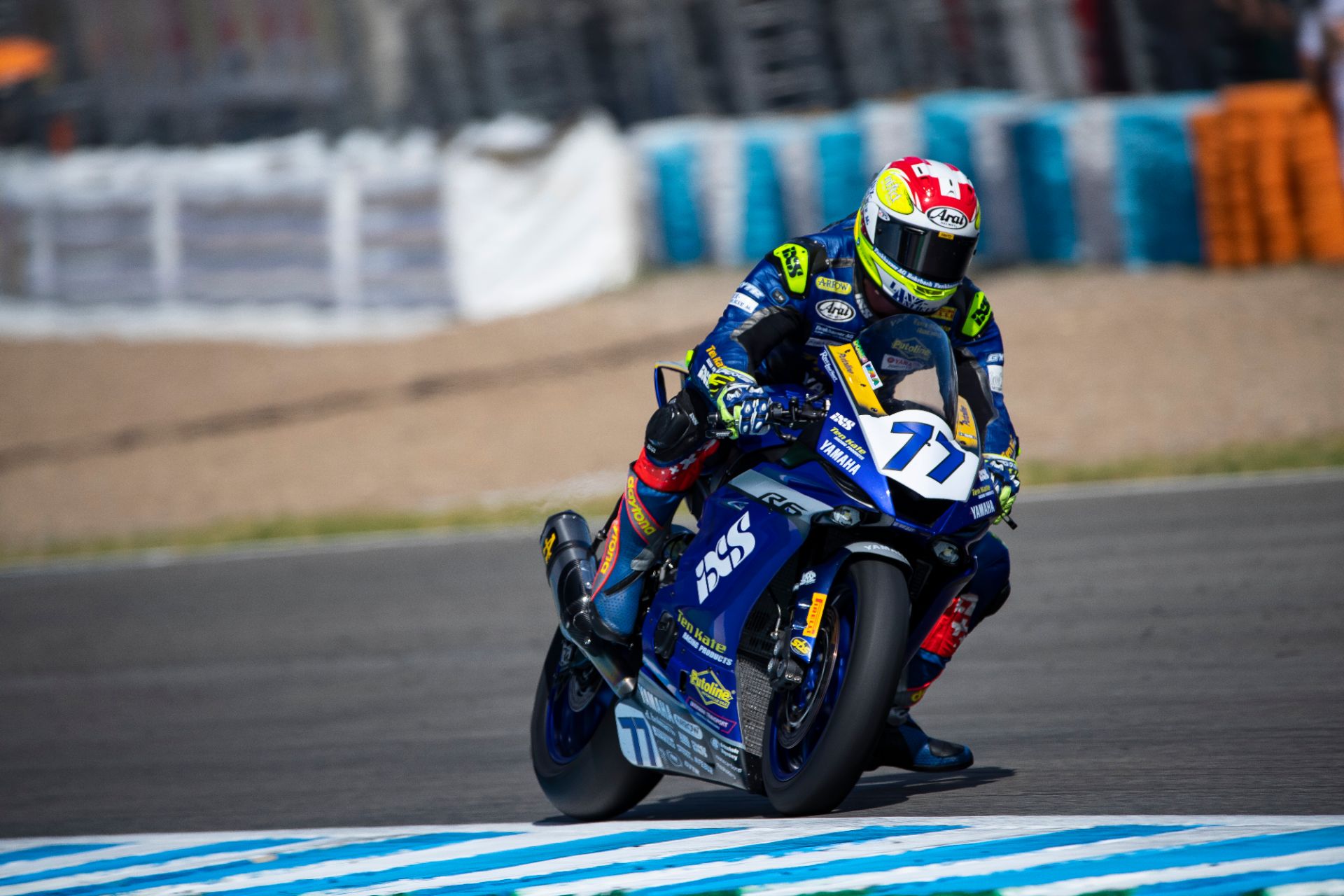