This weekend the FIM Superbike World Championship is back on track at the Circuito Estoril in Portugal for the first time in more than a quarter of a century. 27 years ago, the circuit was the venue for the WorldSBK season finale and Yamaha's Fabrizio Pirovano took this 10th and final WorldSBK victory in a rain disrupted and hotly contested Race 1. To mark the occasion, a special 'Piro' Replica bike will take to the track ahead on Sunday for a tribute lap.

The Piro replica, which is based around a 2020 Yamaha R1, was created by Yamaha Motor Europe and is adorned with the famous white and pink colours of the #5 Yamaha YZF 750  SP on which Pirovano rode to victory at the Circuito Estoril in 1993.

Former Grand Prix World Champion and WorldSBK racer, Alessandro Gramigni, a close personal friend of Fabrizio, will ride the #5 R1 on a parade lap ahead of WorldSBK Race 2. Fabrizio’s family will also be Yamaha’s guests for the weekend and will join Gramigni on the grid ahead of the tribute run.

After the race, the Piro replica R1 will be auctioned online with all proceeds going to the cancer research charity, Fondazione Oncologia Niguarda Onlus, which the Pirovano family have supported since Fabrizio’s passing. 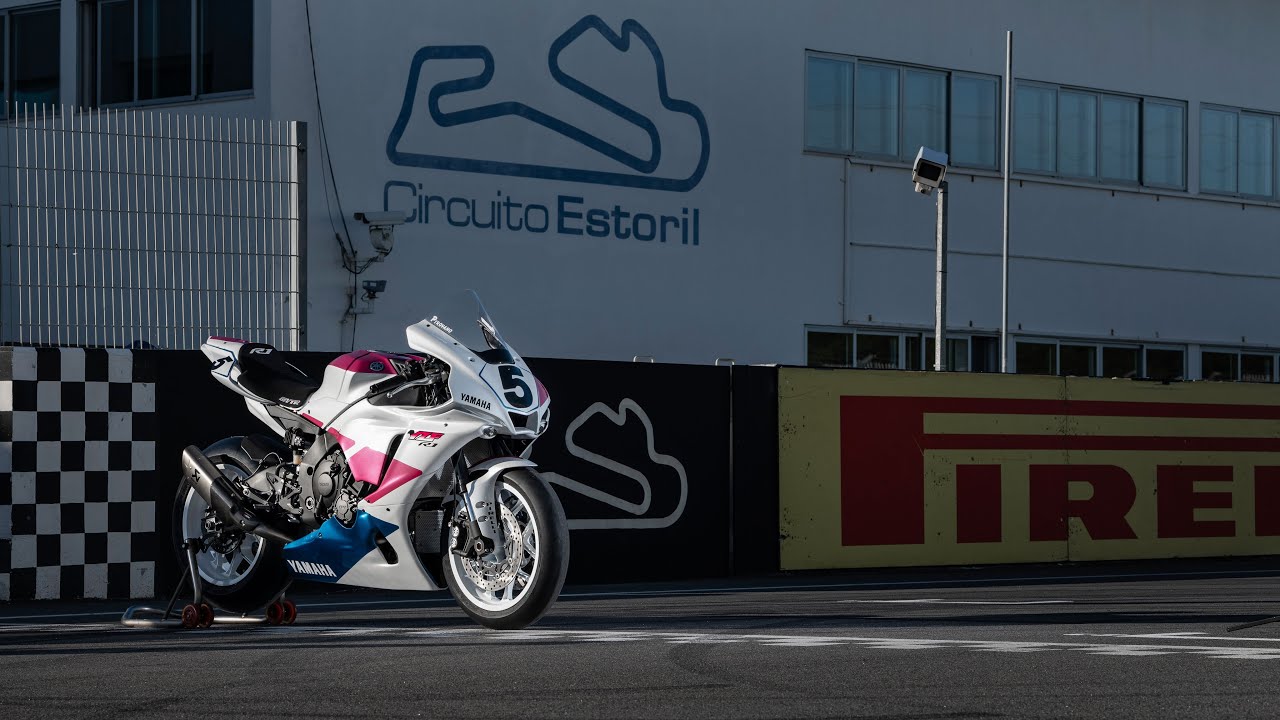 Hailing from Biassono in the Lombardy region of Italy, Fabrizio was a prolific podium finisher in the early years of WorldSBK and finished runner-up in the maiden 1988 championship with Yamaha. In 1990, the Italian was vice-champion once again with five victories to his name, including two wins at his home race at Monza. He did the double again at the same circuit two years later, earning him the title ‘King of Monza’.

With nine WorldSBK race wins under his belt, Pirovano’s 10th and final victory came at the last round of the 1993 WorldSBK season at Estoril. With the track still damp from an earlier shower, the then 33-year-old, who had qualified third and on the middle of the front row, dropped back in the early stages but fought through into the four-way battle for the lead over the next few laps.

He passed Giancarlo Falappa for second with a brilliant late-braking manoeuvre at the Turn 7 hairpin and then hit the front after powering up the inside of Piergiorgio Bontempi on the main straight late in the race. He was demoted back to second place with just a few laps remaining, after a mistake at the hairpin, but retook the lead and claimed a dramatic victory on his final weekend with Yamaha.

Pirovano finished on the podium again later the same day, with third place in Race 2, and went on to enjoy two more seasons in the championship. In 1997 he switched to the Supersport category and was crowned world champion the following year. The King of Monza retired from the sport in 2006, but sadly passed away in 2016 after a long battle with cancer.

Many members of the current Yamaha racing family have close ties with Fabrizio Pirovano and remember the Italian racer fondly, none more so than Yamaha's WorldSBK Track Technical Coordinator Alberto Colombo was his mechanic during his early motocross and WorldSBK racing years together with Mauro Saleppico, who is now responsible for MotoGP engine assembly at Yamaha Motor Racing. Yamaha Motor Racing General Manager, Marco Riva, and Monster Energy Yamaha MotoGP Team Director, Massimo Meregalli, were both close personal friends of Fabrizio, while Yamaha Motor Europe Road Racing Manager Andrea Dosoli grew up near to Pirovano's home and his passion for motorsport was ignited by the WorldSBK star.