Yamaha WorldSBK Teams Geared Up for 2020 Return at Barcelona Test 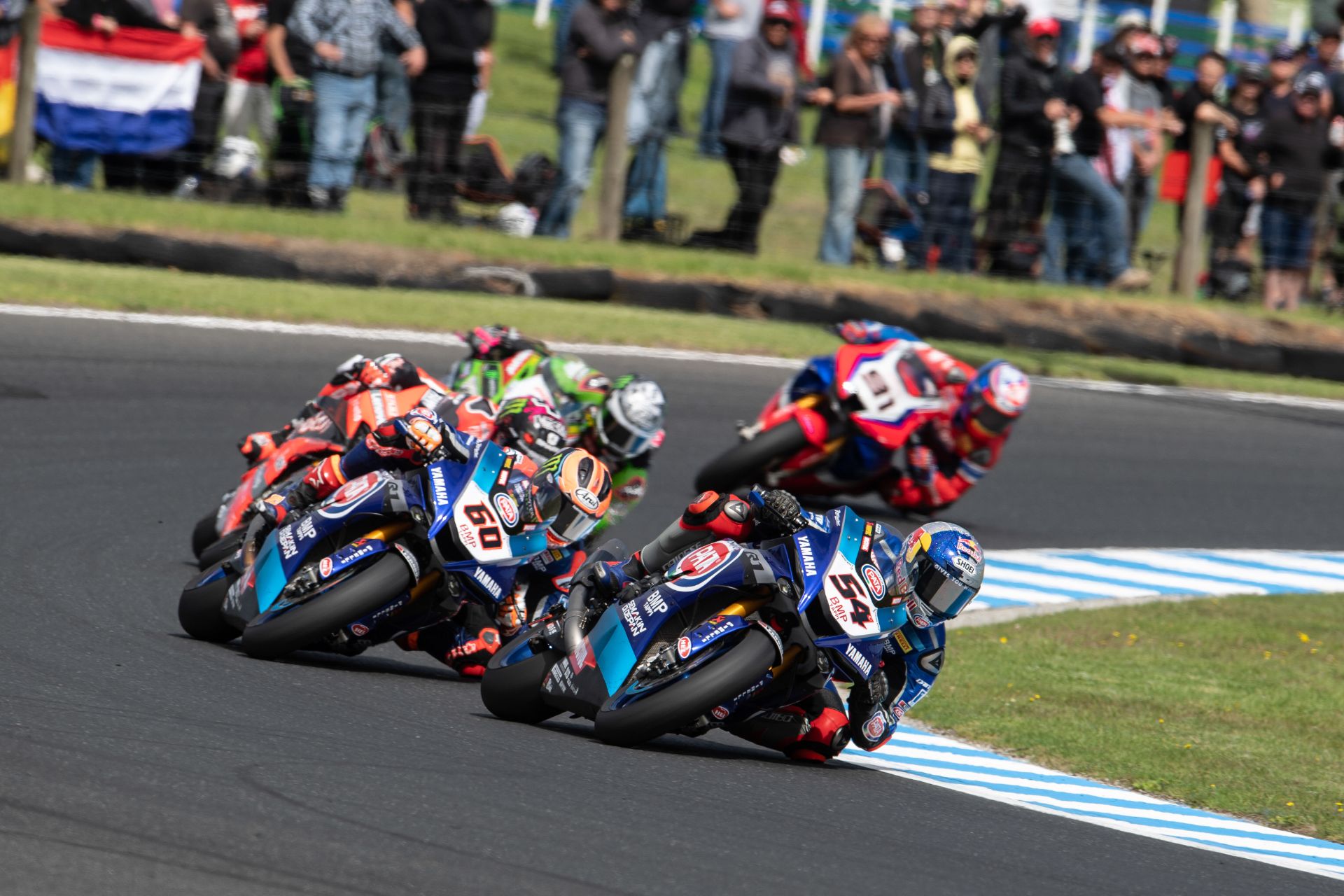 Yamaha WorldSBK Teams Geared Up for 2020 Return at Barcelona Test

With the coronavirus-inflicted hiatus coming to an end, Yamaha’s three Superbike World Championship teams are eager and ready to get back to work at a private two-day test at the Circuit de Barcelona-Catalunya in Spain, which kicks off tomorrow, Wednesday 8th July.

This week’s test will mark the first time since the WorldSBK paddock left Phillip Island in March that the Pata Yamaha WorldSBK Official Team, GRT Yamaha WorldSBK Junior Team, and the Ten Kate Racing Yamaha WorldSBK Supported squad will take to the circuit, as they prepare to resume battle at round two of the 2020 season in Jerez on 31 July – 2 August.

Pata Yamaha are in their fifth WorldSBK season together with Yamaha and they already got 2020 off to a winning start in the Australian opener, as new arrival Toprak Razgatlıoğlu showed exactly why he’s rated so highly on his Yamaha R1 race debut. The team will look to build on its early promise at the end of the month when they return to the Jerez circuit, the site of their first victory with Michael van der Mark last year.

Both riders will be back in action for the test, with Razgatlıoğlu gaining special permission to travel to Barcelona, avoiding potential restrictions due to COVID-19. The 23-year-old Turkish star sits third in the riders’ standings with a win and Superpole race podium to his name this season, while Van der Mark’s triple top-five finish in Phillip Island puts the Dutch rider just a few points behind in fifth.

At the GRT Yamaha WorldSBK Junior Team, Federico Caricasulo and Garrett Gerloff will both return to action more than four months after making their WorldSBK debuts.

American Gerloff is another who required a special exemption from restrictions to allow him to travel from the United States to participate in the Barcelona test. The double MotoAmerica Supersport Champion impressed on his maiden WorldSBK outing in Australia and will use the test to reacquaint himself with the Yamaha R1.

Team-mate Caricasulo also showed promise on his first WorldSBK appearance and has been a winner at Jerez in the Supersport World Championship, making the upcoming test all-the-more important if the Italian’s to take the fight to his seasoned opposition.

Ten Kate Racing’s sole entrant Loris Baz will also ride in Spain this week ahead of the Frenchman’s return to Jerez, where he made his debut on the Yamaha R1 last year. Since that first race together, Ten Kate Racing and Baz finished 10th in the 2019 riders’ championship despite only contesting half the season. The former MotoGP ace is seventh in the current standings, following a solid opening weekend in Australia.

All riders and teams will be following strict COVID-19 measures before, during and after the two-day test to ensure that the risk to staff, riders and the general public is minimised.

"It's been a long time since the last race, with the world finding itself in an unprecedented situation since we departed Phillip Island back in March. A lot of people in many countries have suffered hardship as a result of the coronavirus pandemic, which is still far from over. The situation has improved to the point where we can return to racing, but we must make this return in a responsible manner. We have implemented a strict safety protocol for this week's test and the rescheduled races, to ensure that we minimise the risk of infection to our riders, our team staff and the people we come into contact with. We have a lot to test during the two days in Barcelona if we are to be ready to restart the season in Jerez. We saw in Australia that our riders and our R1 are able to fight for race wins and I am confident that we can maintain this momentum during what promises, with six confirmed race events in just 10 weeks, to be an intense season."