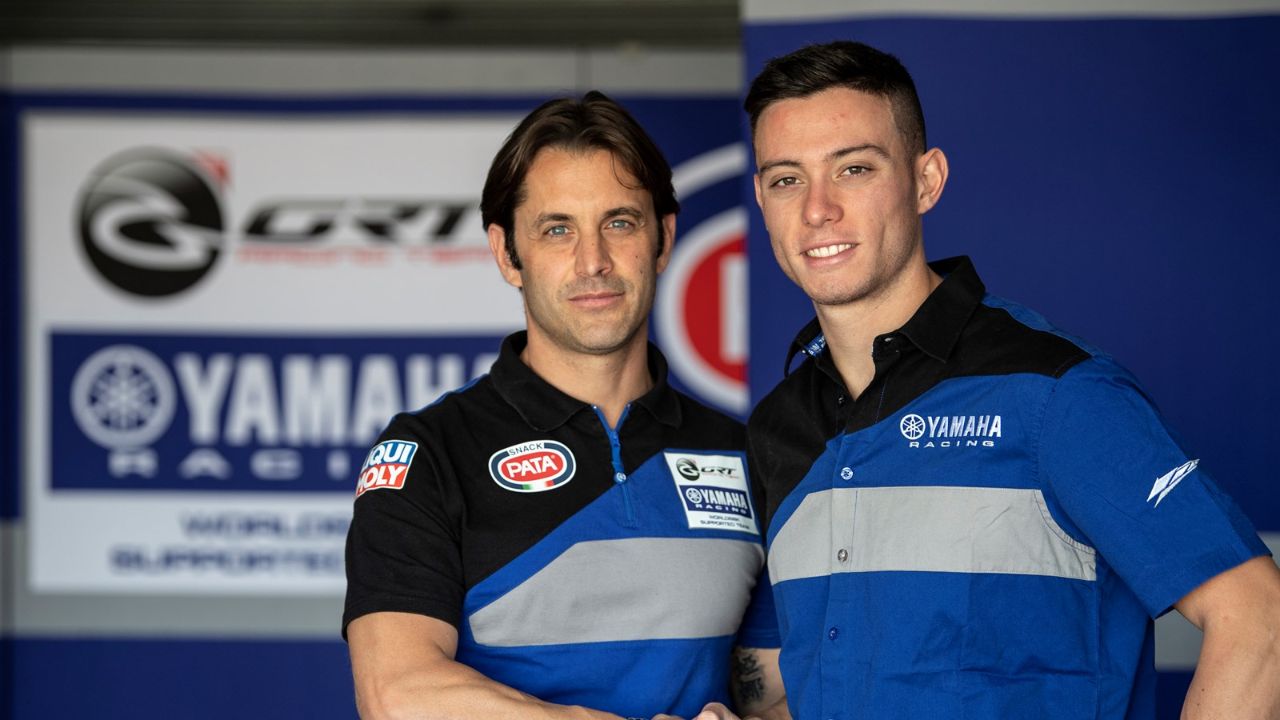 Yamaha Motor Europe is pleased to announce that the GRT Yamaha Supported WorldSBK Team will field an exciting new international rider line-up for the 2020 FIM Superbike World Championship season, with Italian Federico Caricasulo joining American Garrett Gerloff in the team for their second season in the premier production class.

Caricasulo is already familiar with the GRT Yamaha squad, having contested the FIM Supersport World Championship with them in 2017 and 2018, taking his YZF-R6 to ten podium finishes and three race wins during his two seasons with the team.

The 23-year-old from Ravenna, Italy, is currently contesting the 2019 FIM Supersport World Championship on a YZF-R6 for a third consecutive season. He has already impressed with a total of nine podium finishes from twelve races, three of which were race wins, and is currently lying second in the championship standings, a slender eight points off the series leader with one round remaining.

Gerloff also comes with a winning pedigree. The 24-year-old Texan was the MotoAmerica Supersport Champion in 2016 and 2017 before joining the Yamaha Factory Superbike Team in 2018, where he made a blazing MotoAmerica Superbike debut with an incredible podium finish. Four more podium finishes followed that year, with Gerloff ending his rookie season fifth in the championship standings.

After a year of experience on Yamaha’s cutting-edge YZF-R1 machine, Gerloff remained with Yamaha in 2019, securing four race wins and 15 podium finishes on his way to finishing third overall in his second full season of the MotoAmerica Superbike Championship.

In a bid to further their already impressive racing careers, both Gerloff and Caricasulo are looking forward to the new challenge of competing in the world’s premier Superbike series with Yamaha’s race proven YZF-R1 machinery and the GRT Yamaha squad, which for the 2020 season will be retitled as the GRT Yamaha WorldSBK Junior Team.

For me this is a dream come true. To have the chance to step up to WorldSBK is already fantastic, but to be given the opportunity to do so with Yamaha and in a team that I know well is just incredible. I grew up as a racer as part of the GRT Yamaha team, realising my potential on the world stage with them, so I'm excited to go back and start this new adventure. But for now, I need to put this to one side and focus on the final race of the season in the Supersport class. I am second in the championship, just eight points off the lead, so it's still all to play for at the final round. Nothing would make me happier than stepping up to WorldSBK as the reigning Supersport World Champion, and that's exactly what we'll be aiming for in Qatar next week.

I want to start out by saying thank you to Yamaha Motor USA for everything that they’ve done for me, for signing me in the first place so many years ago and really having faith in me. I wouldn’t be where I am now in my career without their help. I’m really excited to say that I’ll be continuing in the Yamaha family for 2020, this time with the GRT Yamaha WorldSBK Junior Team. I’m also really looking forward to representing America overseas. It’s something that I’ve always dreamed of doing and something that I’ve been preparing for, and I feel like I’m ready to do. I really appreciate Yamaha Europe giving me the opportunity to be that guy, to be one of the guys, to represent them and try to go get good results. I also want to say a big thanks to Ben Spies for really helping me out the past few months and getting my name out there and really pushing for me. I have a lot of goals that I really want to accomplish next year, and I know that with the team’s help and the Yamaha R1 that I’ll have a great opportunity of reaching them. I know this isn’t going to be easy, but I never give up. I’m ready to push myself and continue chasing my dream!

I'm happy to welcome Federico and Garrett to our WorldSBK program, as both earned this opportunity through their achievements aboard Yamaha machinery in two very different championships. Both are young, talented and determined to succeed in the premier production class and Yamaha is fully committed to helping them realise their true potential during the 2020 season. Federico and Garrett will both ride for the retitled GRT Yamaha WorldSBK Junior Team that, having benefitted from running the vastly experienced Marco Melandri this year, is ready to fulfil this strategic role within Yamaha's rider development program under the direction of Team Manager, Filippo Conti. I wish both riders every success for the 2020 season, as they embark on their WorldSBK debut season. 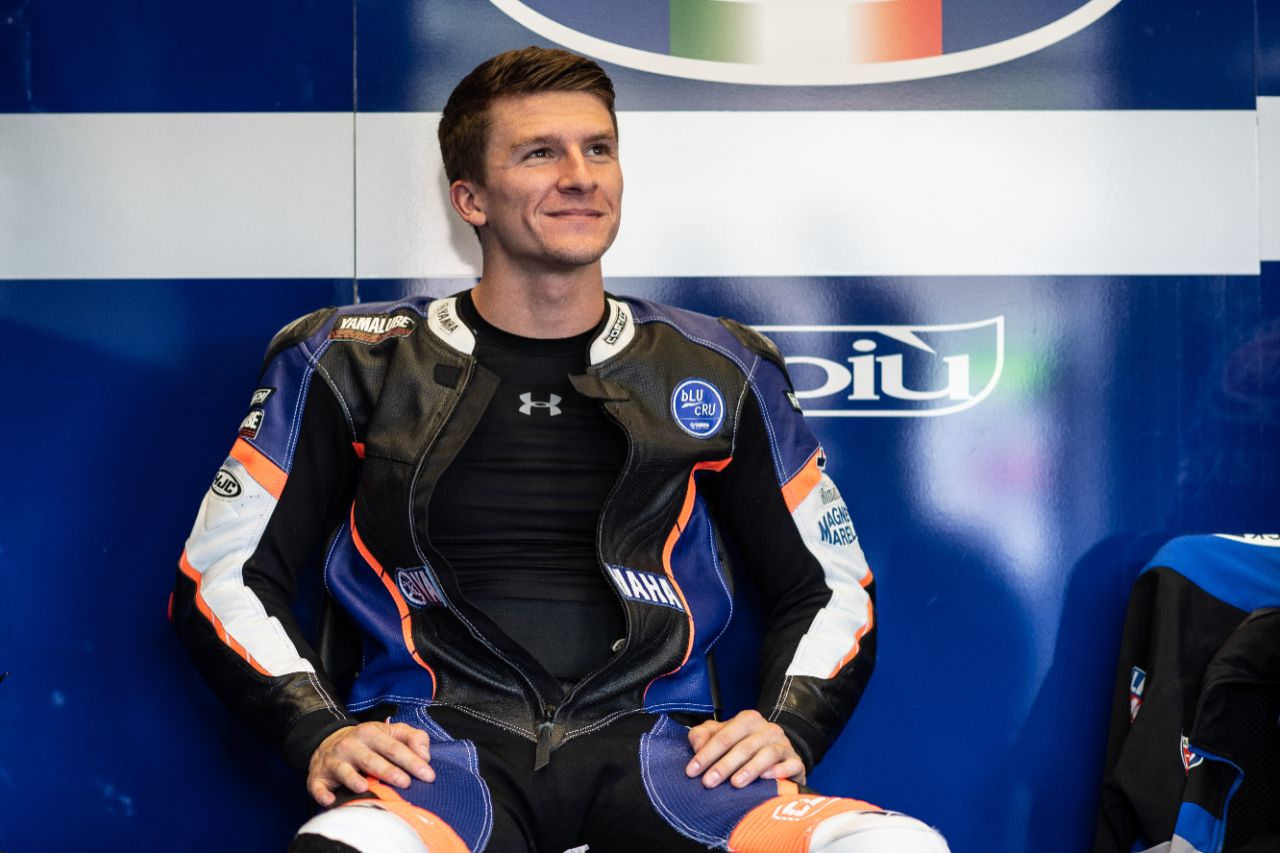