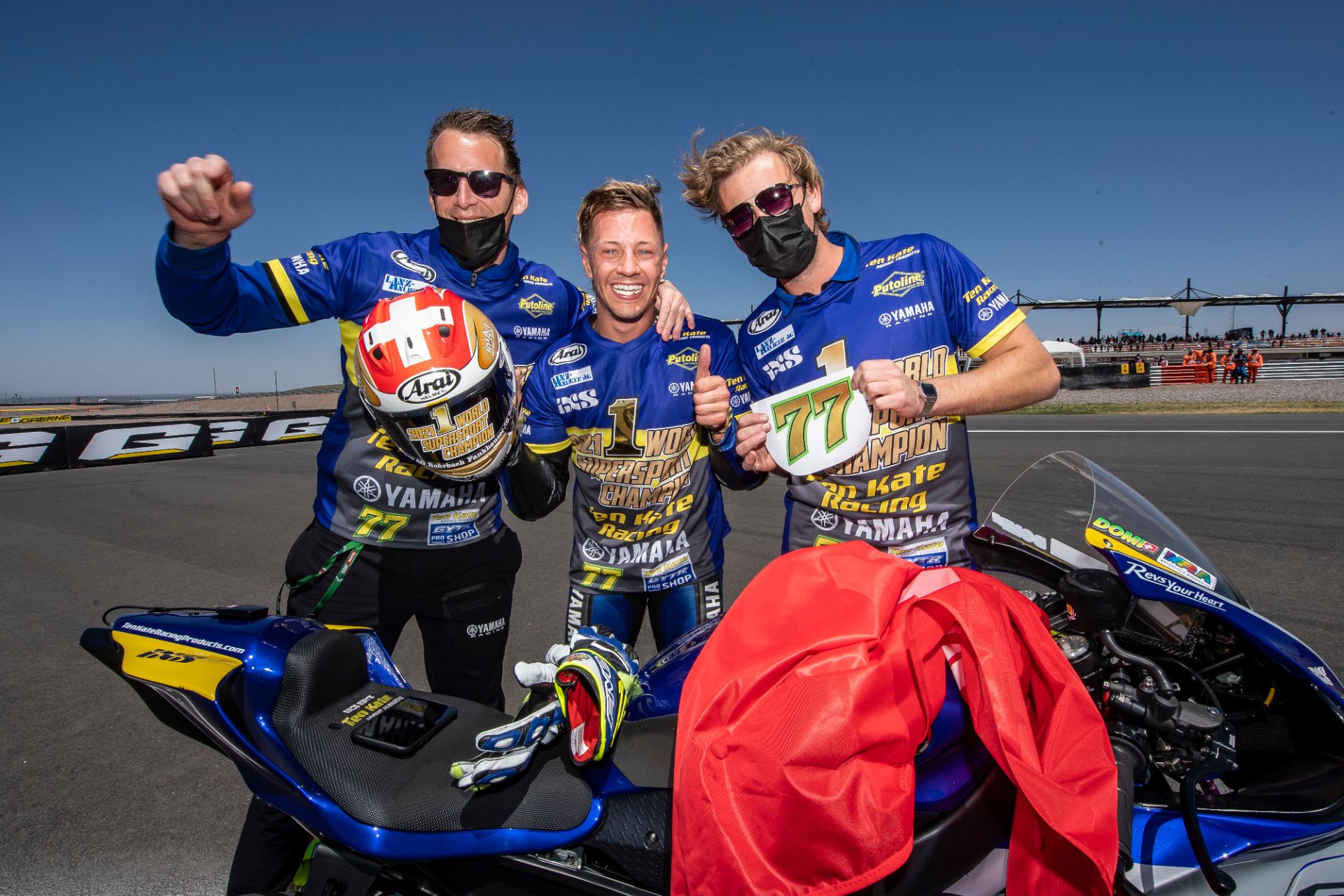 With pole position, fastest lap and a pair of wins, Cluzel enjoyed a perfect weekend at the Circuito San Juan Villicum. The French rider won by almost five seconds on Saturday, but had to fight hard with the Kawasaki of Can Oncu in Race 2. Cluzel was able to edge clear in the closing stages to take his fourth win at the Argentinian venue.

Aegerter headed into this weekend with a 54-point lead in the championship, but could only manage fifth in Race 1, finishing just behind title rival Odendaal. The Swiss rider now needed to outscore Odendaal by two points on Sunday, and after the South African fell at Turn 1, it all-but guaranteed that the 2021 rookie would be crowned champion. He fought to a third-place finish, his 14th podium of the season, and became Yamaha’s ninth and the team’s 10th WorldSSP champion. 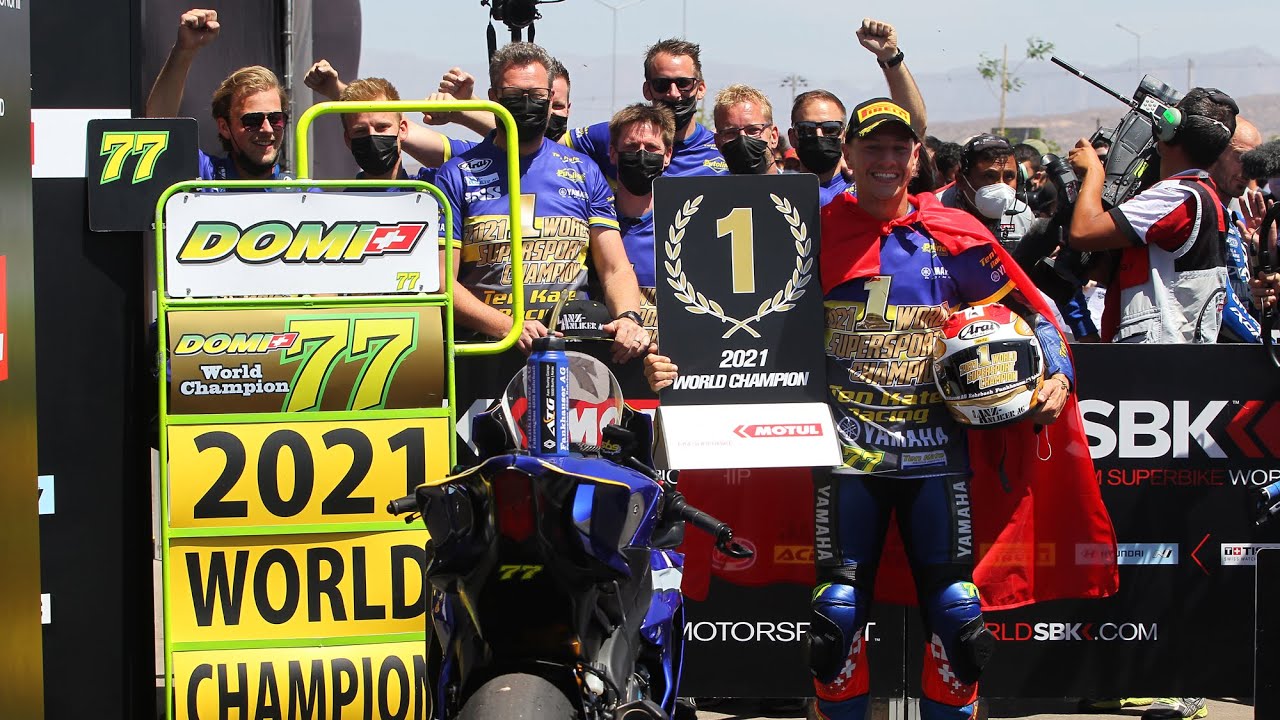 After being collected at Turn 1, Odendaal was still able to pick up his bike and continue, but while making his way back into the points-paying places, the 28-year-old fell and was forced to return to the pits with damage.

ParkinGO Yamaha’s Manuel Gonzalez had qualified in third on Saturday, and fought his way through to a second-place finish in Race 1, his seventh podium of the season. In Race 2, however, he lost the front on the way into Turn 1 and collected Odendaal’s bike. The Spanish youngster was able to continue and climbed back to a 10th-place finish.

Kallio Racing Yamaha WorldSSP Supported Team’s Hannes Soomer was 12th in Race 1, but was able to score his best result since returning from injury, finishing fourth in Sunday’s race. Evan Bros Yamaha’s Peter Sebestyen also enjoyed his strongest weekend yet, with eighth on Saturday and fifth in Race 2.

GMT94 Yamaha’s Valentin Debise was sixth in both races, finishing ahead of Kallio Racing Yamaha’s Vertti Takala in Race 2. The Estonian also managed his best WorldSSP weekend to date, with 10th on Saturday and seventh on Sunday.

Ten Kate Yamaha’s Leonardo Taccini was 11th in Race 2, while Yamaha MS Racing’s Unai Orradre scored a pair of points finishes, with 13th in yesterday’s contest and 14th on Sunday.

The first world title is amazing to get. It’s difficult to analyse right now, I can’t wait to celebrate with the team. I’ve waited at least 25 years to be world champion, now I am. It wasn’t easy, I’ve been working hard but I’m so happy to have achieved this goal. I didn’t feel the pressure, I was focused and pushing every lap in the second race just to get the best result I could. I lost many places at the start but my goal was to fight for the podium. I had the information that P4 was OK, but for me it wasn’t OK, so I built a gap. The last lap was an emotional lap and when I go over the line, I am world champion. I knew the title would be possible from the moment I signed the contract with the Ten Kate Yamaha team. They are very successful, the Yamaha R6 is very successful, and I could see how much the whole crew, both at the track and back in the workshop, were working towards the championship. Thank you to everyone, I am just super happy.

Congratulations to Dominique and Ten Kate Yamaha for the first title with us. Dominique has been impressive, he won 10 races and has dominated the championship to the point where he has won the title with one event to go, despite missing two race in Barcelona. He was able to manage the championship and stay calm, which shows how strong he is mentally and highlights his commitment. Our sport is about working as a team, and without a strong team it’s impossible to achieve good results. Ten Kate Yamaha are an important partner for us and have done an amazing job. 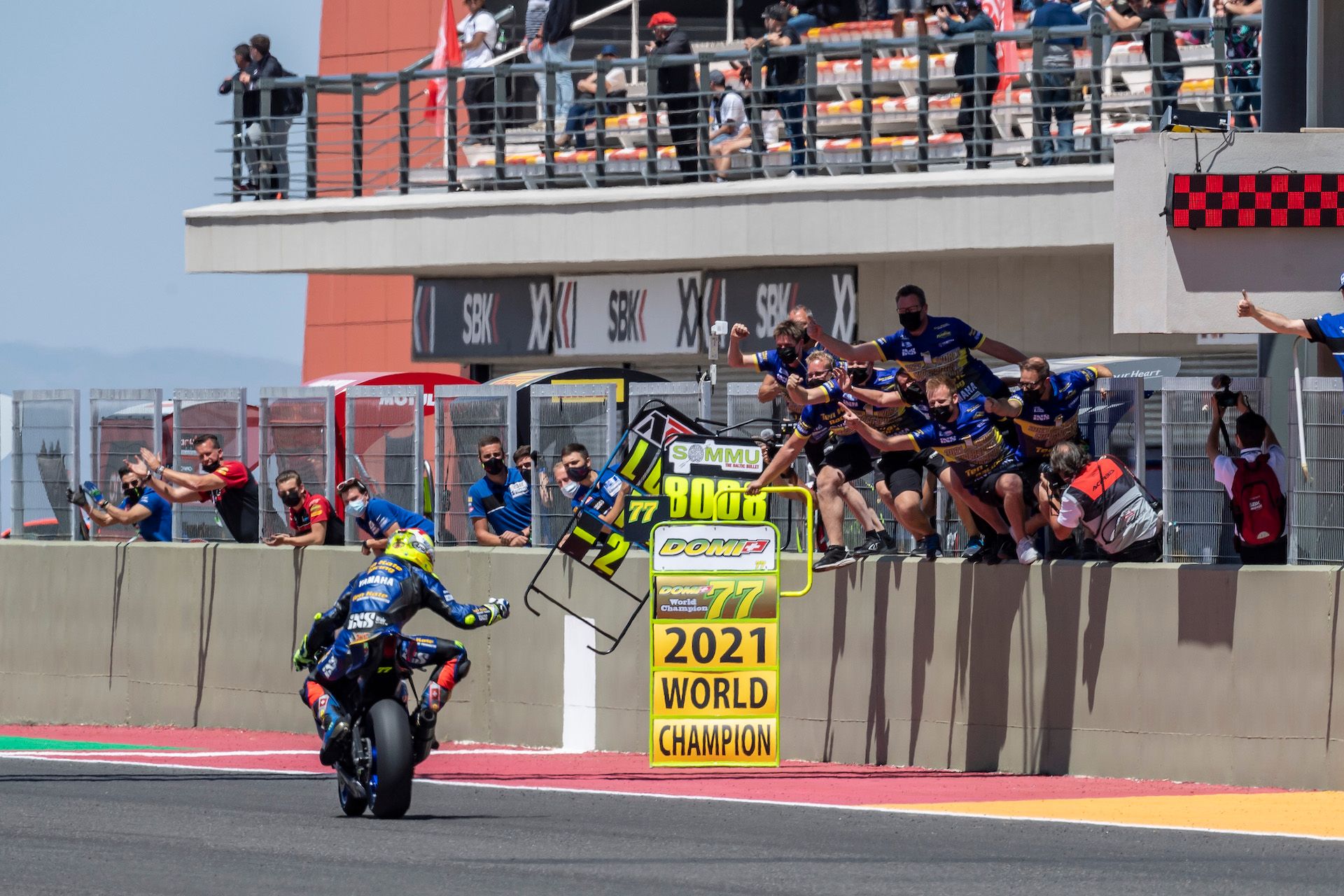