Ten Kate Yamaha WorldSSP Supported Team’s Dominique Aegerter was in a class of his own at the FIM Supersport World Championship race at Jerez, dedicating his victory to Dean Berta Viñales, who sadly passed away yesterday. Following this, Saturday’s activities were cancelled, with just one WorldSSP race taking place on Sunday.

Having missed the Barcelona round due to other commitments, it was evident that Aegerter had lost none of his pace in the Superpole, with the Swiss rider collecting his sixth front row start of the season after qualifying in second.

Aegerter stormed into the lead on the run to Turn 1, and from there he continued to pull away from his rivals, eventually claiming his 10th victory of the season by almost 10 seconds, extending his championship lead to 62 points with three rounds remaining.

After qualifying in fourth, ParkinGO Yamaha’s Manuel Gonzalez launched into third position as the field headed through Turn 1. The 19-year-old Spanish rider was in a three-way fight over second place, but dropped to fourth at half-race distance, which is where he went on to finish.

Biblion Motoxracing Yamaha WorldSSP Supported Team’s Federico Caricasulo enjoyed his best qualifying performance since taking pole position at Estoril, with the Italian going third fastest. At the start though, the 25-year-old dropped to eighth, but was able to work his way back to a fifth-place result.

Starting from seventh on the grid, Evan Bros Yamaha WorldSSP Supported Team’s Steven Odendaal had made his way into the top five at the start, but went wide at the final turn on lap two, rejoining in ninth. The South African was unable to make much progress and crossed the line in eighth.

On his maiden WorldSSP weekend with the GMT94 Yamaha WorldSSP Supported Team, Stefano Manzi made an impressive start, climbing from 10th to run sixth in the early stages. The Italian battled with the season regulars and eventually crossed the line in ninth, just ahead of teammate Jules Cluzel, who rounded out the top 10 on his first race back from injury.

I want to dedicate this victory to Dean, his family and his friends, it was a hard day for everyone. My race was very good, I could start from second and get the holeshot. I just tried to focus and push to create a bigger gap. I managed to lead every lap and it was really nice to ride. The team did a good job to make a change for these hotter conditions. Big thanks to the fans and our sponsors for supporting us. We have a good championship lead, but now I’m looking forward to having a few days off before Portimao. It feels great to achieve 10 wins this season, no one expected this. At the start we were like new, I needed to learn the team, they needed to understand the bike more, but we worked very hard and the mentality is great. We’ve made a step every weekend, and now you can see that when it’s working well, we can win by a large margin. 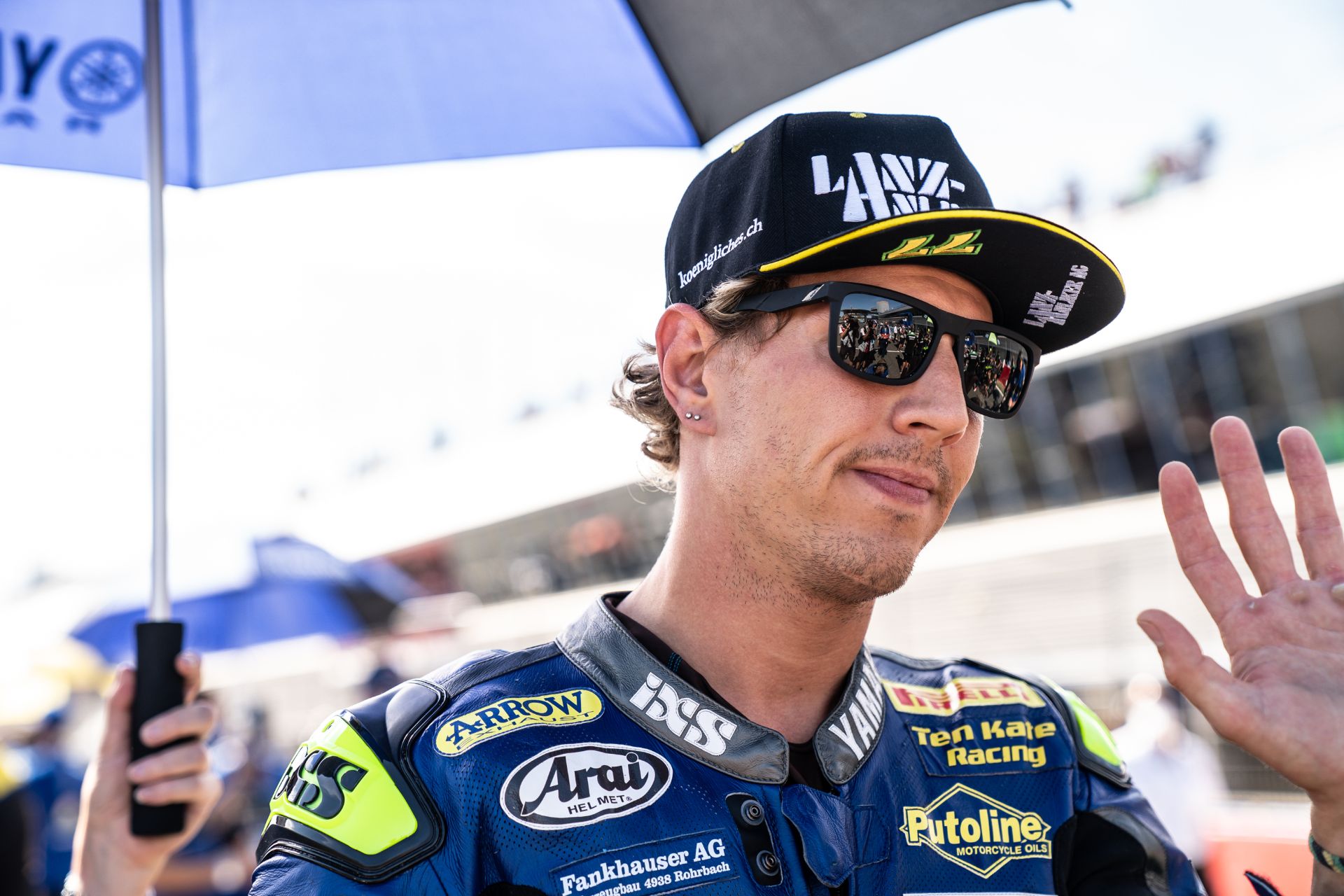