Aegerter Doubles up in Yamaha Lockout after Portuguese Supersport Thriller 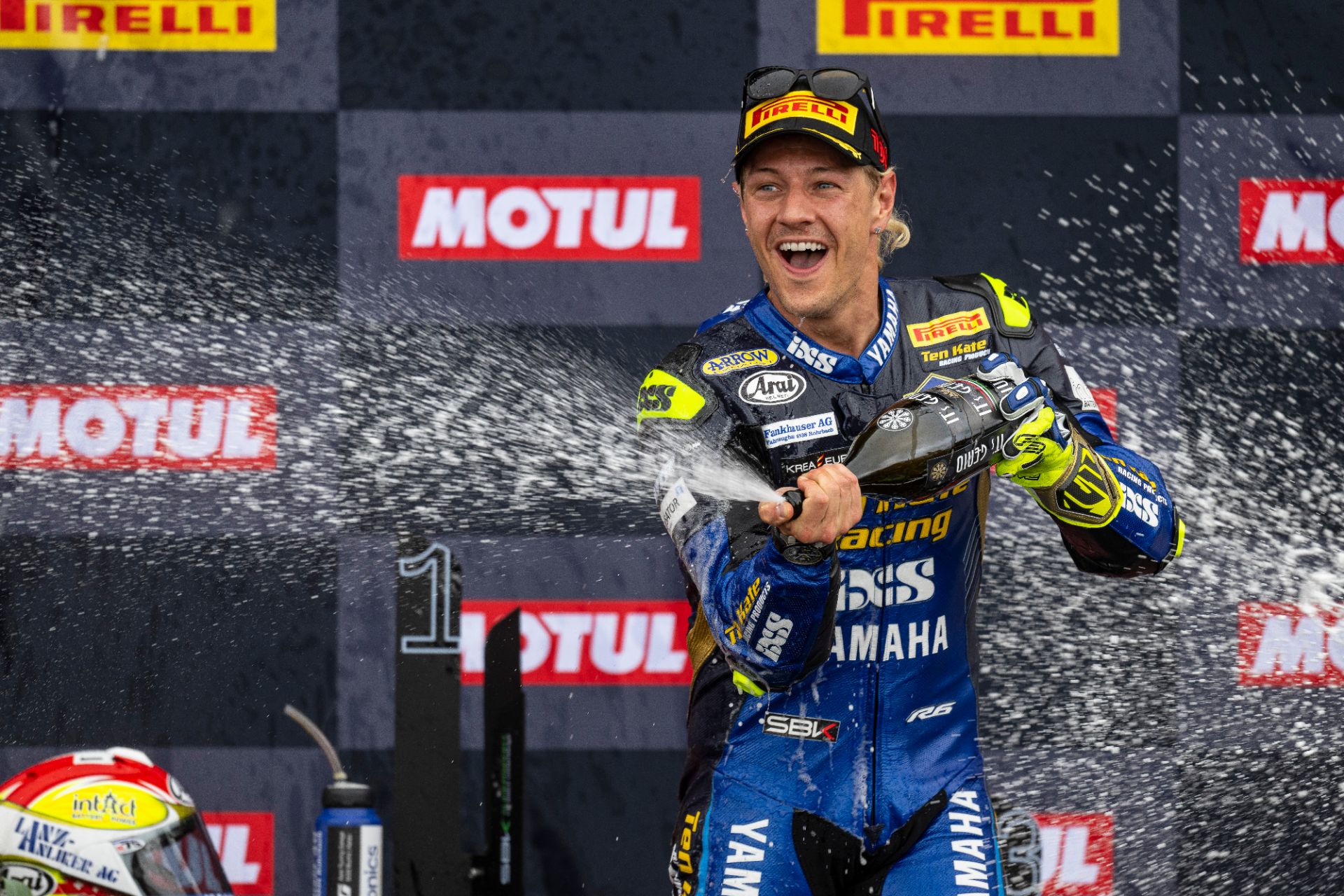 Aegerter Doubles up in Yamaha Lockout after Portuguese Supersport Thriller

After a downpour of rain on Sunday, conditions improved ahead of the second Supersport race of the weekend, however, as drops of rain lingered in the air, it was set to be a tense 18-lap affair.

As the race got underway, the rain started to fall, creating a fierce nine-rider battle at the front. Slipping to sixth in the early stages, Dominique Aegerter played on his experience, adapting to the changing conditions before making progress in the second half of the race. Picking off riders one by one, the Swiss rider briefly took the lead with 11 laps to go but Kawasaki’s Can Öncü immediately responded.

Battling with Evan Bros’ Lorenzo Baldassarri for second, Aegerter pulled the pin, reclaiming the lead with six to go. From there, the 31-year-old never looked back, opening a comfortable two second lead to take victory. Meanwhile, a hard-charging Kyle Smith had worked his way up to third place and made his move on Baldassarri for second. Unable to catch the leader, the British rider crossed the line in second to take his first podium of the season, with Baldassarri completing an all-Yamaha podium.

Glenn van Straalen dropped positions in the opening stages as he adapted to the worsening conditions. The Dutch rider featured in the leading group and crossed the line in a strong seventh. Ondrej Vostatek rounded out the top ten with Peter Sebestyen crossing the line in 13th.

Jules Cluzel endured another tricky race. The Frenchman was dropped out of contention on the opening lap with a technical issue. Continuing in 27th, the GMT 94 rider retired from the race on lap two.

After narrowly missing out on points on Saturday, Unai Orradre sadly dropped out of the race with five laps to go after a crash which left the Spaniard uninjured.

With a fifth win of the season, Aegerter sits 44 points clear of Baldassarri atop of the standings, while Glenn van Straalen lies fourth.

World Supersport will take a short break before returning to action in Italy for the Pirelli Emilia-Romagna Round across the weekend of 10-12th June.

“It’s been a fantastic weekend, our fifth win in a row and we lead the championship with a comfortable margin. We have been fast in all conditions, we broke the lap record in Superpole and rode to two victories, which is fantastic. Today’s race was difficult, we had drops of rain which turned into drizzle for the whole race, so it was quite challenging to stay consistent. I was not sure where the limit was, so I sat in the group for the first half of the race, but with three laps to go I decided to push, and we got the win. I want to thank the team, our sponsors and the fans at Circuito Estoril for their support and I’m looking forward to Misano.”

“Today it was a very tough race, a very crazy race! There was a lot of riders battling for the position and with the rain falling it was not easy. But we can be happy about this weekend. We were fast in all conditions and had a good battle with Kyle (Smith) which just allowed Dominique (Aegerter) to escape. Today it was easy to take no points, but we took third, good points and I can’t wait for Misano in front of my fans for my home race.”

“I managed to improve this morning, but I still didn’t have the right feeling to push confidently. Somehow, I’m not able to be really fast on entry and in the middle of the corners, so I just don’t get some decent times in. In the afternoon, it felt even harder. I was riding with the used tyres from this morning, but in any case, my speed is not there, so to be honest, I’m not very confident, but I still hope we can work on some solutions in Warm Up tomorrow morning.”

“It’s been a difficult weekend. We started well on Friday and featured inside the top ten which set us up well for Saturday’s Superpole. I felt good in Superpole, it was my best result of the season but honestly, in the race I had a few issues which meant we just missed the points positions. Today it was a tricky race with the race. I was in the group for the lead, but unfortunately with around five laps to go I crashed. Despite this it’s been a very strong weekend and I’m looking forward to carrying the momentum through to Misano.” 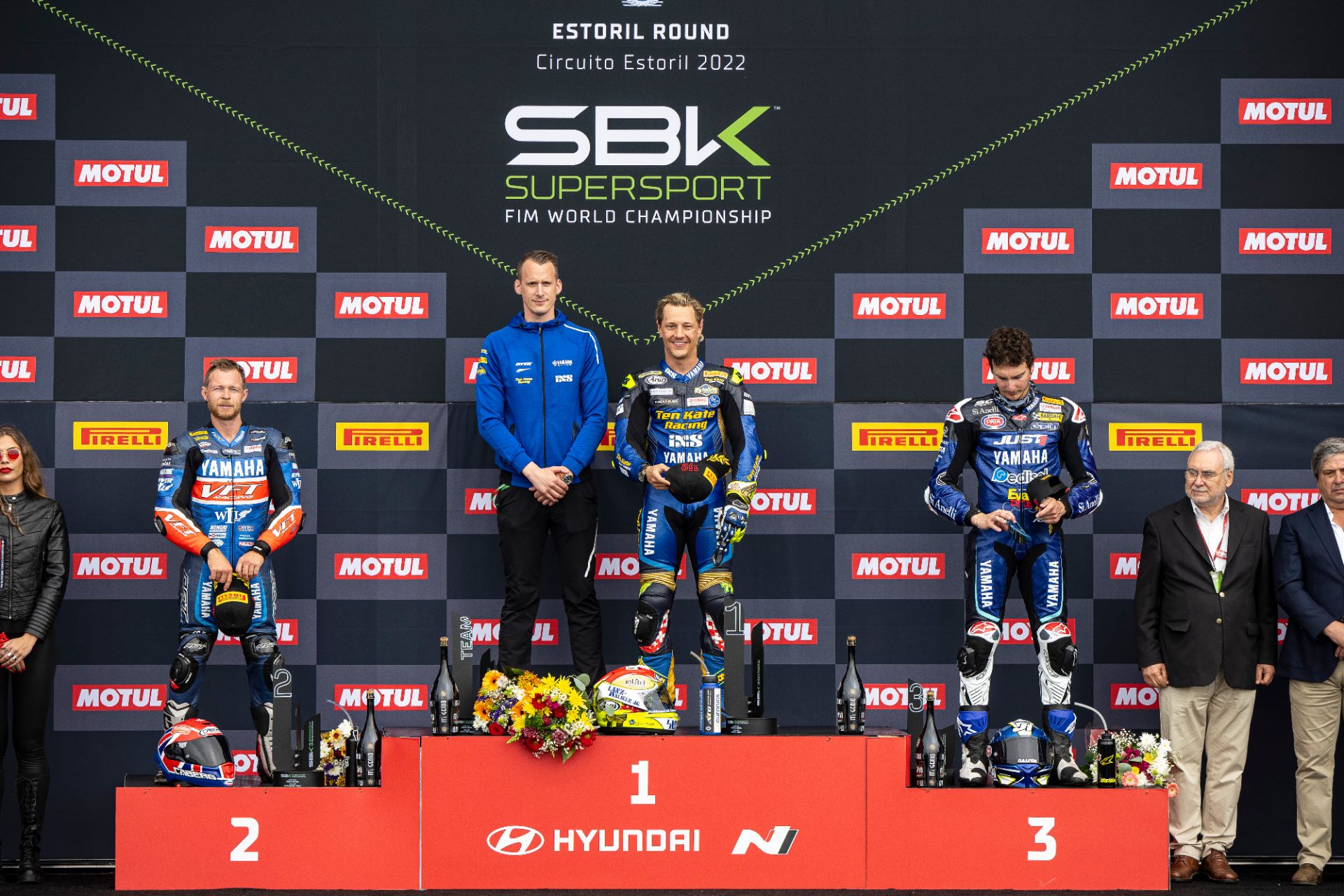