Making his racing debut at the French circuit this weekend, Aegerter was quickest in the early stages of Free Practice 1, but eventually dropped to eighth as others improved around him. In FP2 though, the championship leader was back to the front, with his 1’41.314 proving to be just out of reach for his rivals.

After another strong weekend last time out at Navarra, Caricasulo enjoyed a promising start to the French round, with the Italian topping the morning session. In FP2, Caricasulo finished just 0.029s behind Aegerter, showing great consistency as he chases a first win of the season.

Making his return to the championship this weekend, Verdoia impressed across both free practice sessions for the GMT94 Yamaha squad. The bLU cRU rider was fourth in FP1, having spent a short time on top of the timings, and managed to improve further still in the afternoon, finishing the day 0.046s off the top in third.

Teammate Cluzel was initially fastest in FP1, but had his best lap cancelled for track limits, seeing him classified in second. The French rider also made a step forward in terms of times in FP2, and was only 0.018s behind Verdoia at the end of the day, with Valentin Debise making it three GMT94 Yamaha’s in the top five.

Evan Bros Yamaha WorldSSP Supported Team’s Steven Odendaal had gone sixth in FP1 and was looking to put himself in the mix in the afternoon, before an incident involving another rider saw him forced to sit out the remainder of the session. That saw the South African place ninth on combined times.

bLU cRU graduate Luca Bernardi rounded out the top 10, with ParkinGO Yamaha’s Manuel Gonzalez 12th, riding for the first time since dislocating his shoulder at Navarra. 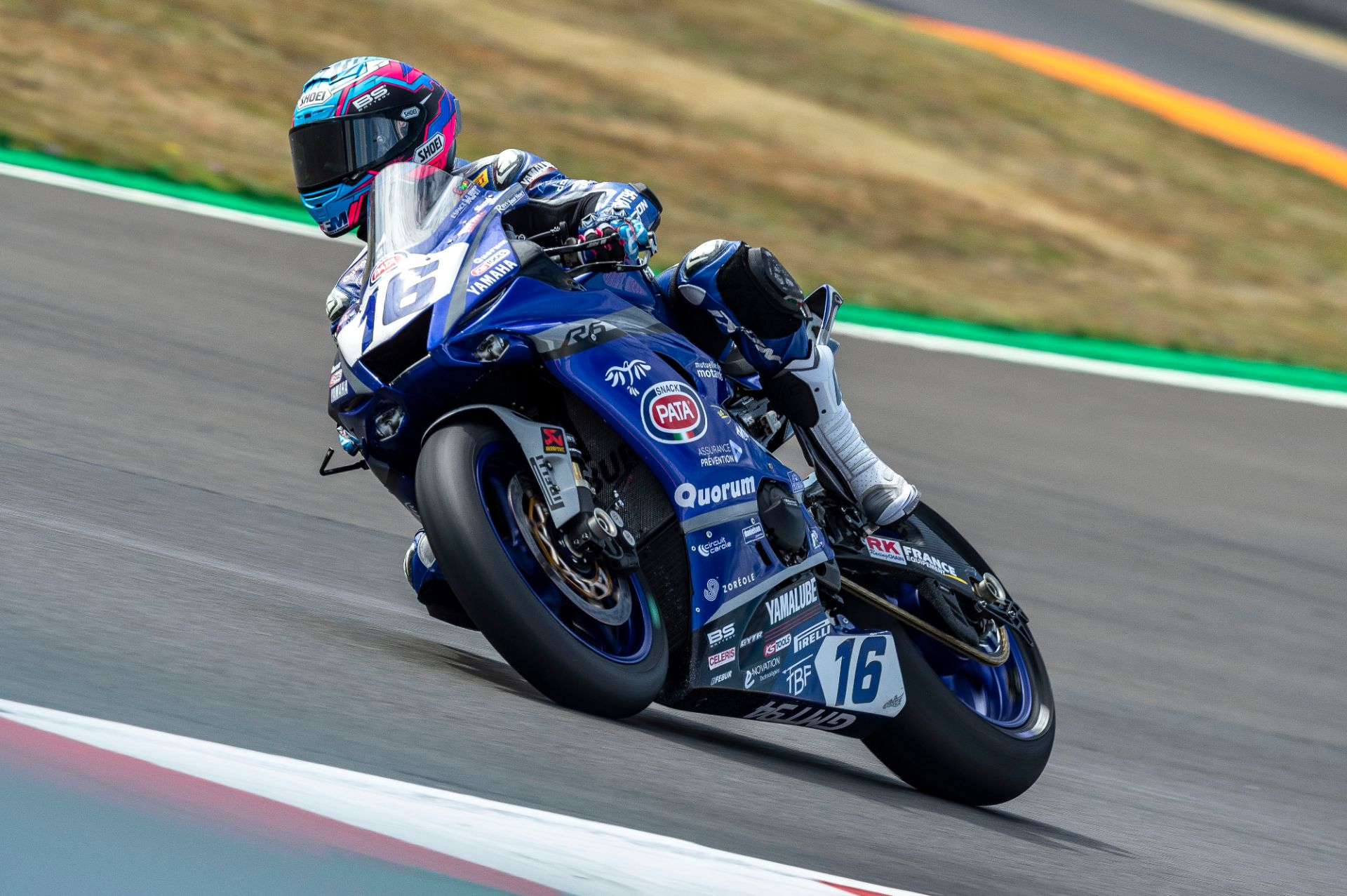