Aegerter’s Scintillating Form Continues on Friday at Most Aegerter’s Scintillating Form Continues on Friday at Most

FIM Supersport World Championship leader Dominique Aegerter was fastest on combined times at the Autodrom Most, with the Ten Kate Yamaha WorldSSP Supported Team rider leaving it late in Free Practice 2 to best ParkinGO Yamaha’s Manuel Gonzalez, as Yamaha R6 riders made up eight of the top 10 positions.

With the riders getting their first taste of the Czech circuit in the morning’s Free Practice 1 session, Aegerter was one of the few riders not to breach track limits at the tricky first corner. The Swiss rider was fourth by the end of the session, and was running second for much of the afternoon before light rain started to fall. Despite this, Aegerter was able to improve his time in the final moments to go 0.210s faster than his nearest competitor.

Gonzalez showed quick adaptation to the new venue, with the Spaniard trading fastest times with Evan Bros Yamaha WorldSSP Supported Team’s Steven Odendaal throughout FP1. The 19-year-old, who had to undergo surgery on his right arm due to arm pump problems at Assen, eventually came out on top, but was unable to improve in FP2, seeing him end the day second overall.

GMT94 Yamaha WorldSSP Supported Team’s wildcard rider for this weekend, Patrick Hobelsberger, went second fastest of all in FP1, but fell late in the session, which ruled him out of FP2. The German still managed to go third fastest on combined times, showing promising potential at a track he won twice at in the IDM Supersport 600 Championship in June.

Having gone third fastest in FP1, Odendaal led most of the FP2 session, but decided to stay in the pit box as the rain came down. That saw the South African drop to second in the afternoon, while he ended the day fourth overall.

Valentin Debise, who’s also wildcarding with the GMT94 Yamaha team this weekend, impressed to go fifth overall, with the French rider also able to use experience from the IDM Superbike Championship round earlier this year, where he took a victory.

The French squad’s season regular, Jules Cluzel, was learning the Most circuit for the first time, ending the day eighth on combined times, one place ahead of EAB Racing’s Randy Krummenacher.

Federico Caricasulo, who switched to the Biblion Motoxracing Yamaha WorldSSP Supported Team for this weekend, was 13th on combined times, ahead of Evan Bros Yamaha’s Peter Sebestyen. 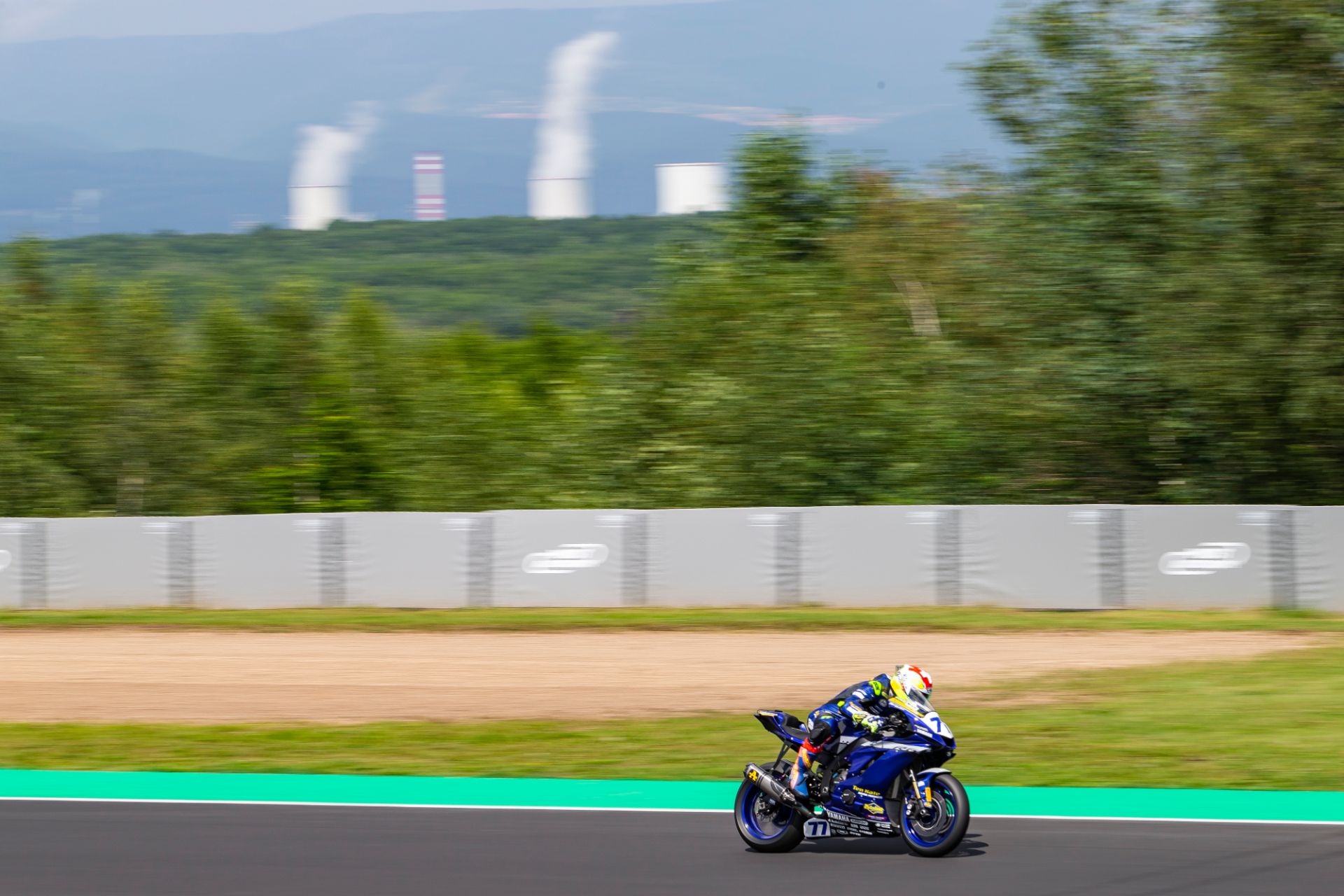