Aegerter Third on Opening Day Down Under 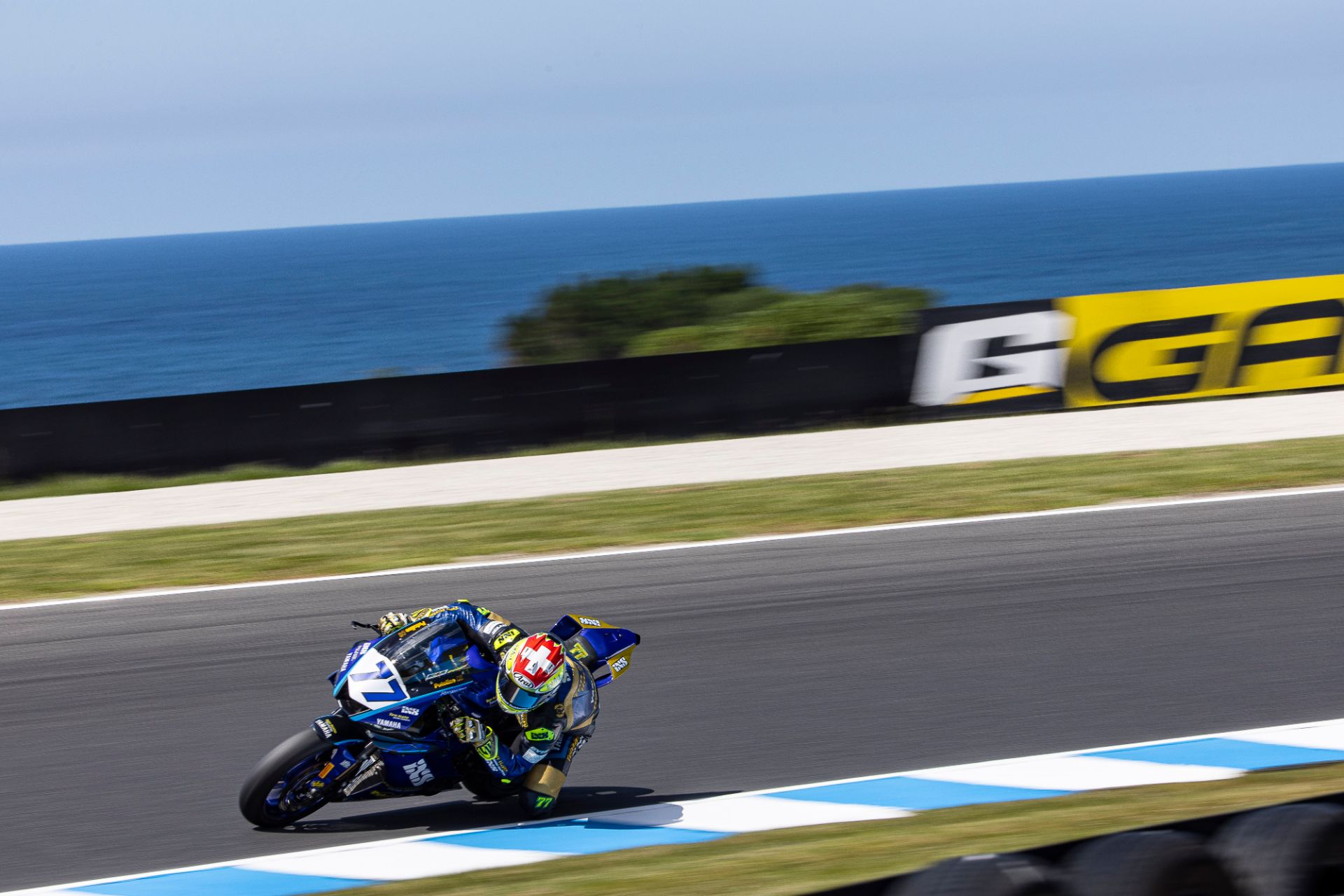 Aegerter Third on Opening Day Down Under

Double FIM Supersport World Champion Dominique Aegerter ended the opening day of action third fastest as the series made its long-awaited return to Phillip Island for the series’ final race of the year.

A bright and warm start to Friday saw Aegerter throw himself in contention as he flew to the first sub 1’35 second lap time of the day, setting a 1:34.714, but a late charge from a rival saw the Swiss slip to second at the chequered flag.

The temperature picked up for Friday afternoon’s second practice session, and after a slower start to proceedings, the lap times eventually began to tumble in the closing stages.

Finishing his first run in eighth place, the 32-year-old returned to the 4.4km circuit with eight minutes remaining and immediately improved upon his 1:35.286 set early in the session. A last-lap charge saw the World Champion leap up to second on the timesheets, although he ended the day third in the combined standings with a 1:34.458.

Lorenzo Baldassarri also enjoyed a promising return to Australia as he secured seventh fastest on the season finale’s opening day. The Italian, who has former knowledge of the circuit from his previous Grand Prix experience, set a 1:34.737, ending the day 0.710 seconds adrift of the fastest time.

GMT94 Yamaha’s Andy Verdoia and Jules Cluzel narrowly missed out on a place inside the top 10. The duo finished Friday’s sessions in 11th and 12th places respectively, while Marcel Brenner placed 14th.

Simon Jesperson, Glenn van Straalen and Leonardo Taccini all endured tricky days on the Australian southern coast, bringing up the rear of the field.

WorldSSP action resumes on Saturday with race one at 14:30 local time, following the traditional Superpole session on Saturday morning.