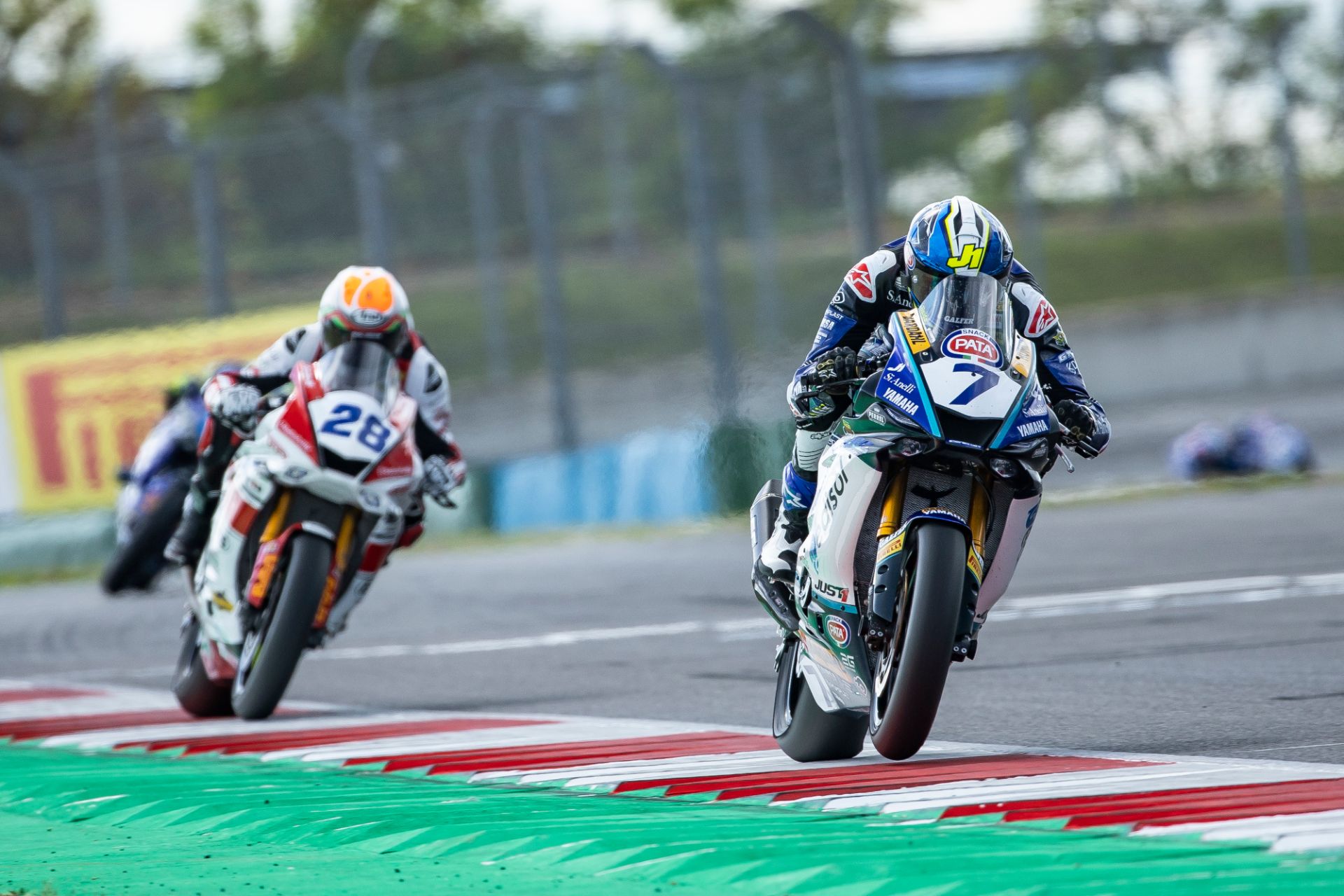 As usual, Saturday’s action got underway with the traditional 20-minute Superpole session which saw Lorenzo Baldassarri claim a front-row start in second place. From there the Italian made a strong start to the 19-lap race, claiming the lead on the opening lap before being shuffled down the pack by lap five.

Picking off fellow Yamaha rider van Straalen at the Adelaide hairpin, Balda pushed on as he looked to bridge the gap to the leading duo, before being promoted to second with a pass on Can Öncü. With the race leader in sight, the Evan Bros rider continued his charge and inherited the lead on lap six when the Ducati ahead of him ran into a technical issue.

With the Italian leading van Straalen, attentions turned to Ten Kate Racing’s Dominique Aegerter, who was recovering from a tricky start. Passing Öncü with 12 laps to go, the Swiss rider set his sights on the battle ahead and began to reduce the one-second gap to van Straalen and Baldassarri. However, the 31-year-old’s efforts were cut short when a red flag was called with seven laps remaining for an incident at turn five involving Kyle Smith and Bahattin Sofuoğlu, ending the race early and rewarding Baldassarri 25 points to trail Aegerter by just five points.

FIM Supersport World Championship action will conclude on Sunday with warm up at 09:25 before the second race at 12:30 local time.