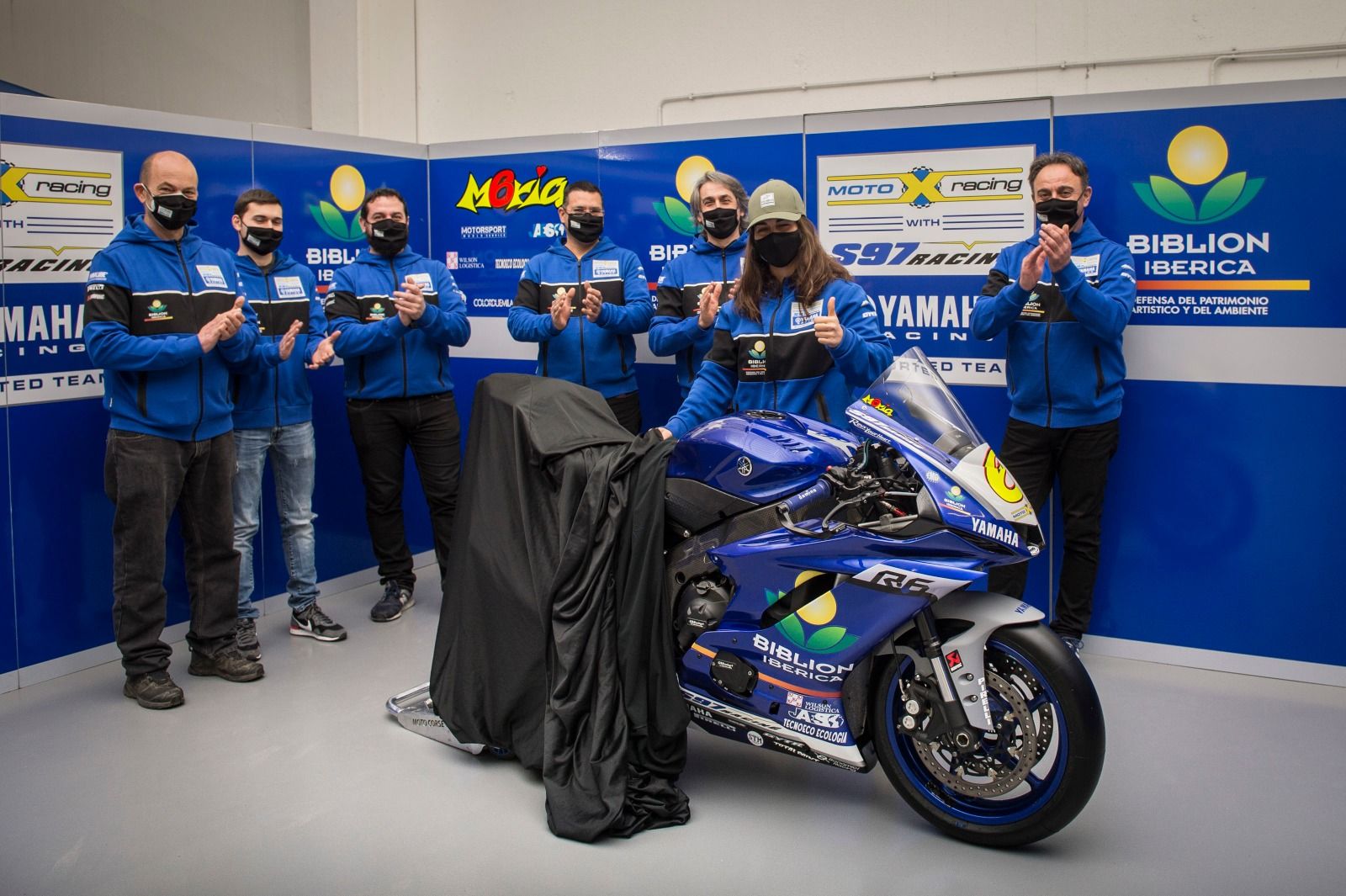 Ahead of the new season, Biblion Motoxracing Yamaha have moved to a new headquarters in Fiano Romano, Italy, and this marks its second season in WorldSSP, where it will once again field the Yamaha R6 bike, having also enjoyed success over their past two FIM Supersport 300 World Championship seasons.

Spanish rider Herrera is no stranger to the category, and despite her young age, 24, she boasts a valuable amount of experience, which made her the perfect fit for the team’s second endeavour into the category. For 2021, Herrera will take part in the WorldSSP Challenge, featuring at the European stages of the championship, which currently make up the first nine rounds.

Hailing from the Iberian region of Spain, Herrera has shown from a young age that she is a fierce competitor, winning the ‘Campionato Velocità del Mediterraneo’ in 2011. The following year she stepped up to the CEV Moto3 class, and during her second season in 2013 she took two victories on her way to fourth in the championship. That year she also earned a Moto3 world championship wildcard entry at the Aragon Grand Prix.

She took part in three more Moto3 Grand Prix in 2014, where she raced in Jerez, Barcelona and Valencia, before she earned a full-time ride in the championship for the following year. She went onto complete three full seasons, racking up 65 Moto3 starts, and in 2018 switched to WorldSSP300, riding a R3 GYTR-kitted bike.

After a single campaign, Herrera made the move to the WorldSSP class on a Yamaha R6 in 2019, combining this with a full-season ride in the newly-formed MotoE World Cup. After some impressive performances, she spent another year in MotoE and joined three WorldSSP rounds.

On this basis, coupled with the strong foundations of the Sandro Carusi-led outfit, the Biblion Motoxracing Yamaha team is confident of being competitive, having already achieved success in the WorldSSP300 class.

I chose this team because many people speak well of Sandro, the bike, the group and the potential they have. My main goal for this year is to do a great job and have fun by going fast.

I am very happy to be able to announce Biblion Motoxracing Yamaha’s participation in the WorldSSP class with Maria Herrera. Having the only woman in the championship, who is a huge talent, gives us the opportunity to demonstrate the level we have reached. I'm sure it will be a strong incentive for all of us.

We’re really excited to see the Biblion Motoxracing Yamaha team coming back to the WorldSSP class in 2021. Sandro and his team have already given young talented riders a great opportunity in WorldSSP300 and it’s great to see how they have continued that trend in the 600cc class. Maria is an impressive and versatile young rider who adds good experience to the team and I expect them to achieve some strong results together this year.