Ten Kate Racing’s Dominique Aegerter put in a dominant performance as the eighth round of the FIM Supersport World Championship got underway in Barcelona, leading the field on combined standings by 1.005 seconds.

The Swiss rider got straight to work in the sunny opening 45-minute practice session and immediately set the benchmark with a 1:45.205, seeing him end the weekend’s opening running in top spot. As spots of rain threatened a much more overcast second practice, the 31-year-old once again got to business, matching his free practice one time by the mid-way stage. With five minutes remaining, Aegerter further moved the goalposts, storming to a new all-time lap record to end the day over a second clear of Baldassarri with a 1:44.507.

Meanwhile, Evan Bros.WorldSSP’s Lorenzo Baldassarri made a strong return to the Catalan venue. The former Moto2 star enjoyed a positive day, running inside the top five throughout both sessions and eventually improved on his time set on Friday morning to a 1:45.512 – seeing the Italian wrap-up proceedings in second place.

Elsewhere, Magny-Cours podium finisher Jules Cluzel left it late to claim a position inside the top six. The GMT94 Yamaha rider had two attacks in the closing stages of practice two, the first of which was taken away for exceeding track limits. But the Frenchman played on his experience, keeping his cool to set a 1:45.804, good enough for sixth position.

Glenn van Straalen narrowly missed out on a top ten finish while Yamaha dominated the final four places inside the top 20, with MS Racing Yamaha’s Unai Orradre finishing in 19th place ahead of Kallio Racing stand in Simon Jesperson.

FIM Supersport World Championship action continues on Saturday with Superpole at 10:25 local time before lights go out for the opening race of the weekend at 15:15 local time. 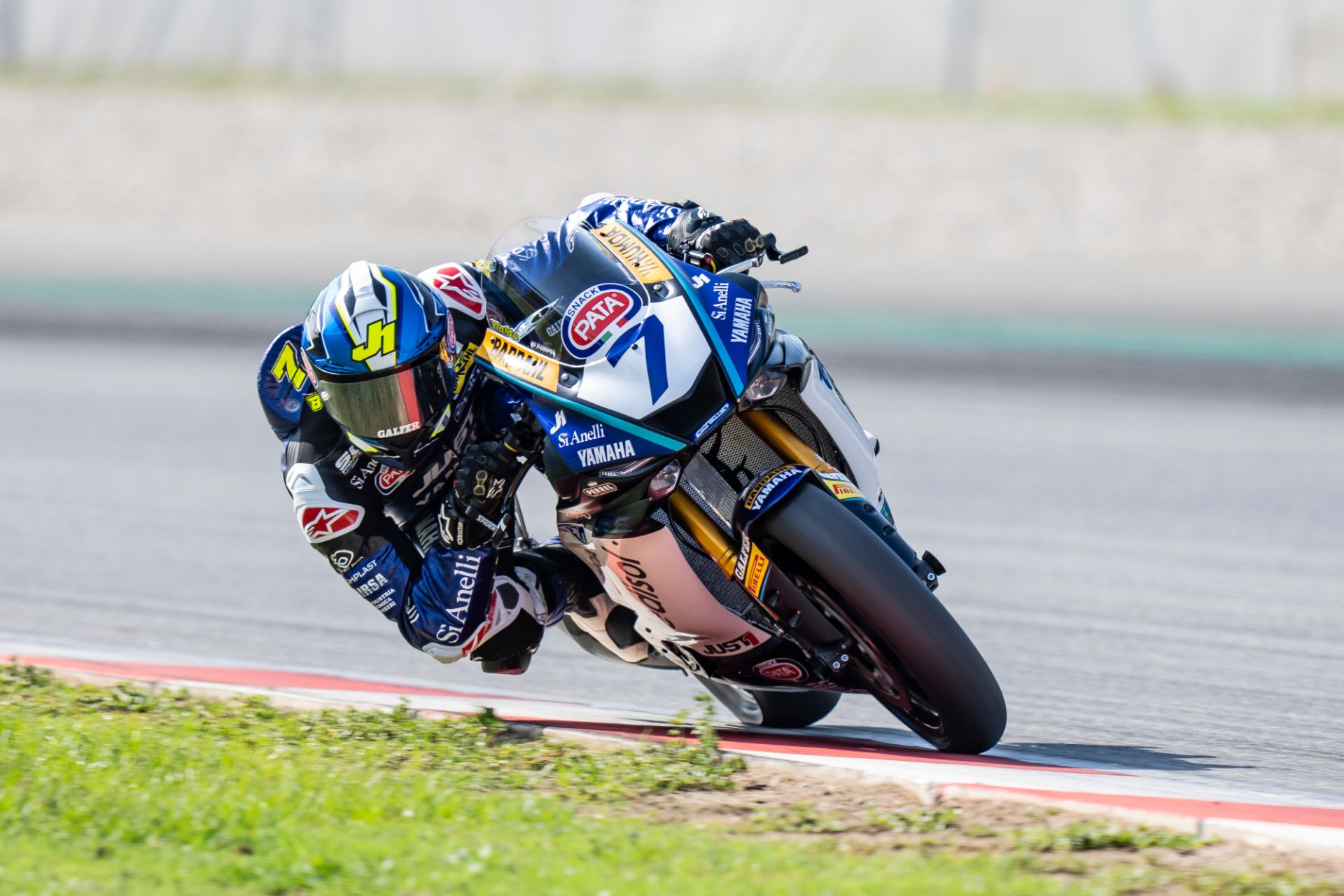