Kallio Racing Yamaha's Isaac Viñales secured his first podium finish in the FIM Supersport World Championship, with a hard fought second place in today's incident packed WorldSSP race at Magny-Cours. GMT94 Yamaha's Jules Cluzel finished in sixth place to close the gap in the championship standings to Bardahl Yamaha's Randy Krummenacher and Federico Caricasulo, both of whom crashed out of today's restarted race.

The initial start saw Cluzel lead the field into the first turn, but the red flag was deployed and the race stopped before the Frenchman had completed the opening lap, in response to an incident at Turn 1 that saw three riders crash out of the race, including GMT94 Yamaha wildcard rider, Maximilien Bau. As a result, the race was reduced from 18 to 12 laps.

Again, it was Cluzel who got the best launch off the line to lead the opening lap, with both Caricasulo and Krummenacher quickly advancing from the second row of the grid to catch the Frenchman. Krummenacher's challenge was short lived, however, as he crashed out of the race at Turn 11 on the opening lap, forcing a number of riders, including GMT94 Yamaha's Corentin Perolari, to take to the grass to avoid him.

With his teammate and main championship rival out of the race, Caricasulo hit the front and immediately pulled a significant gap on his pursuers. Unfortunately, the Italian's challenge also didn't last long, as he crashed at Turn 13 just four laps into the race. The Bardahl Yamaha rider managed to restart, but then crashed again at Turn 3 on the very next lap and was forced to retire.

As the race reached half distance, Cluzel was unable to defend against challenges from first Viñales and then Lucas Mahias, who quickly gapped the Frenchman as they fought out a two-way battle for the race win. It was Viñales who led across the line to start the final lap, but Mahias made a decisive move just four corners from the end, taking the lead from the Spaniard and then defending it to the chequered flag.

Viñales held on for second, while Cluzel crossed the line in sixth place, having been passed by Ayrton Badovini Raffaele De Rosa and Hikari Okubo in the closing stages. Perolari followed his GMT94 Yamaha teammate over the line in seventh, with Kallio Racing Yamaha's Thomas Gradinger and Loris Cresson finishing eighth and 13th respectively.

Krummenacher remains 10 points clear of Caricasulo at the top of the championship standings, while Cluzel in third place is now 38 points adrift of the series leader.

"I'm so happy with this result, as there have been too many crashes this season. But today, I finally made the podium here at Magny-Cours, which is a new track for me. Overall, it's been a hard weekend because of the changeable weather conditions we had in practice and qualifying, which meant we got almost no dry track time ahead of the race. As I said, I'm really happy to have been in the fight for the win until the end and to finally finish on the podium here in France."

"The highside at that corner was completely unexpected, as I really wasn't on full attack. After a good start I was sat behind Kyle Smith and, like always, analysing the situation before launching an attack, but this time I didn't get the chance. It was a strange crash and we will need to check the data to see exactly what happened. Anyway, not the way I wanted to finish today, but I leave here still with a 10-point lead in the championship with just two races remaining, the first of which is in Argentina, which is a track I really like. It's quite slippery there and conditions like that seem to suit me. Then there's Qatar where I have a lot of experience, so I'm still feeling confident. All I have to do now is get properly fit, as I am still struggling with the knee injury sustained in Portimão. The cut on the knee has been stitched three times now, but because I'm using it, it keeps opening up again, which isn't ideal. But, as I said, I'm still confident that, when we get to Argentina, I'll be ready." 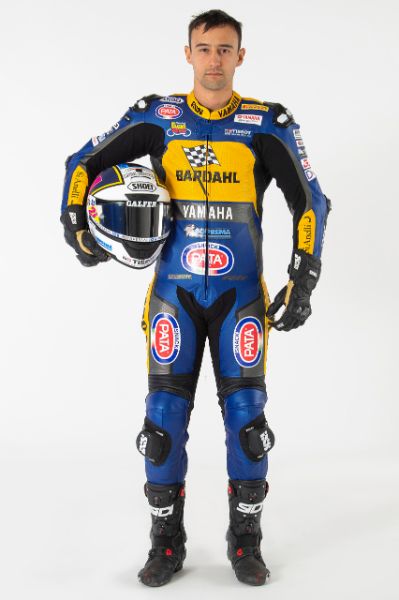