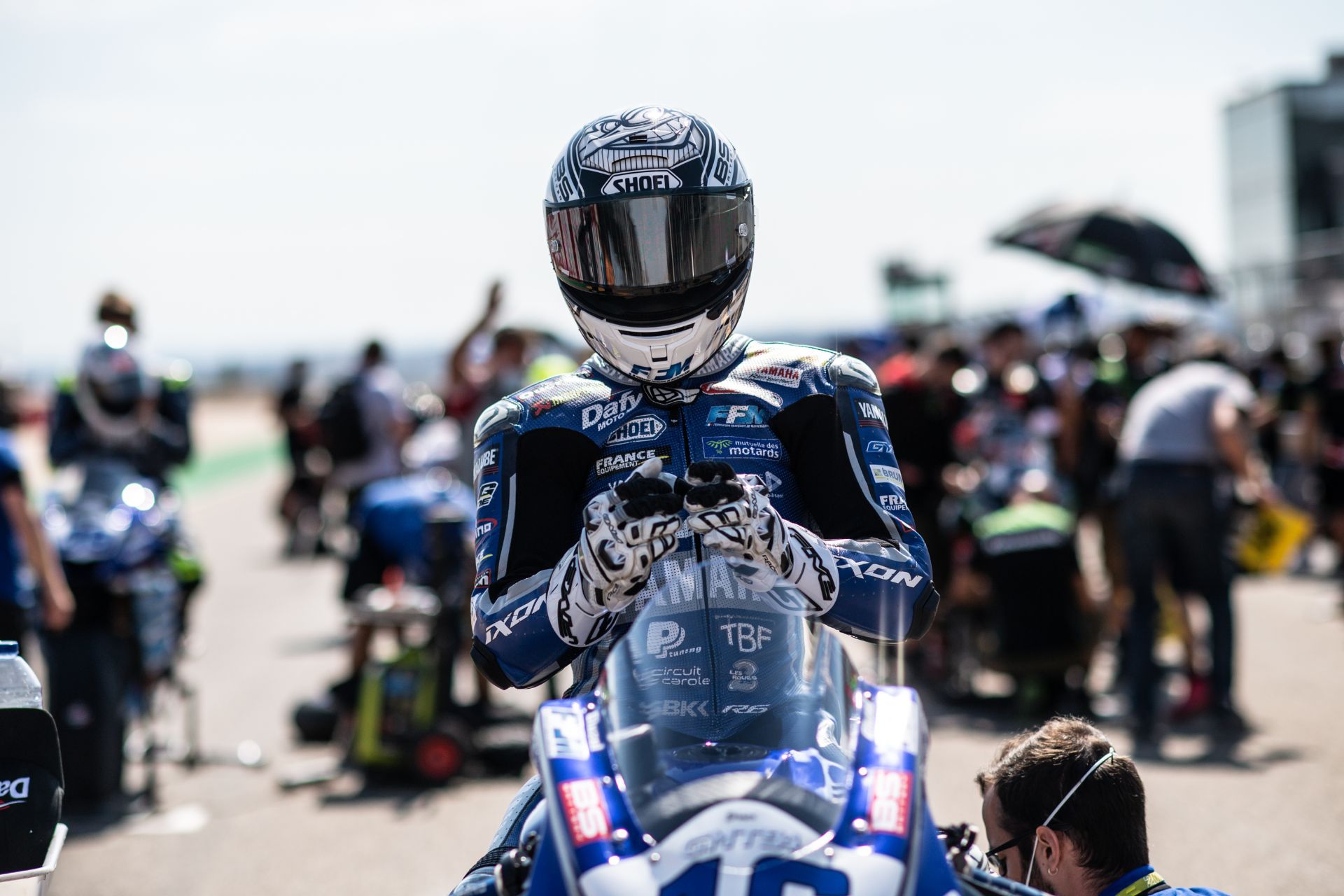 In 2021, Jules Cluzel will be entering his ninth FIM Supersport World Championship season and his third with the GMT94 Yamaha WorldSSP Supported Team. The Frenchman has never finished outside the top four in the championship and was in impressive form prior to his injury in Aragon last year, so what awaits Cluzel in his latest bid for the title?

After taking six second-place finishes and seven podiums in the opening eight races prior to his leg injury, Cluzel’s speed and consistency saw him comfortably best-of-the-rest behind runaway champion Andrea Locatelli in 2020. Although the 32-year-old ended his second season with the GMT94 Yamaha squad without a victory, Cluzel himself agrees that there was a positive improvement compared to 2019, where he took three wins.

“The is only the second time in my career that I’ve been with a team this long,” said Cluzel. “I’m really happy to be back again, it’s like my second family now. We know each other really well and it’s always good to be working alongside people who really understand you. I can’t wait to start this work again for 2021.

“I think 2020 was a good year for me in terms of pace. In 2018, I also had a strong season on the Yamaha R6 and I just missed out on the title due to bad luck. For sure, if you compare 2019 to 2020, I was much better, more consistent and made no mistakes really. The only time that I wasn’t in the top three was when I pushed even harder than before to beat Locatelli in Portugal.”

Now, with Federico Caricasulo returning to the championship as Cluzel’s teammate, the 20-time race-winner believes the team’s even better placed to challenge for the title.

“I was pushing for someone like Federico inside the team for this year,” continued Cluzel. “It’s always really good to have someone alongside you who can help push the team and my personal performances even higher.

“The experience and consistency with engines will be key for us going forwards. To get Federico embedded into the team and to have some strong data is something very important.”

Cluzel, however, isn’t looking at this season as his “best chance” of winning the title. Although reigning champion Locatelli has now moved up to the FIM Superbike World Championship with the Pata Yamaha Official WorldSBK Team, the Frenchman is still recovering from his broken leg and predicts a close battle between a number of rivals.

“It’s always difficult to win and for sure 2021 will be hard as well, with a lot of good names on the starting list,” said Cluzel. “I don’t want to focus too much on specific goals, because a lot can change, but I will just push as hard as I can and concentrate on the season as a whole.

“I’m working hard to be fit, the good thing for me is that there’s still a lot of time left before the first race. I’ve also taken time to relax and get some energy this winter. I think the mistake I made in 2020 was to train too hard during the lockdowns, and when it came to July/August I was mentally and physically quite tired. The training is gradually getting more intense now, but I know that there’s a long season ahead and I’ll need to conserve my energy as much as possible.”

Cluzel is also looking forward to returning to flyaway rounds in 2021 – coronavirus dependant – and the likes of Argentina, where the Frenchman’s enjoyed success with victories on the championship’s last two visits in 2018 and 2019.

“I miss the overseas races so much. It’s why I love this job and I do miss going to all these beautiful countries and racetracks. We’ve had some good results in Asia and Argentina in the past, so it’s good to see that these races are planned, and I hope we can get a chance to go.”