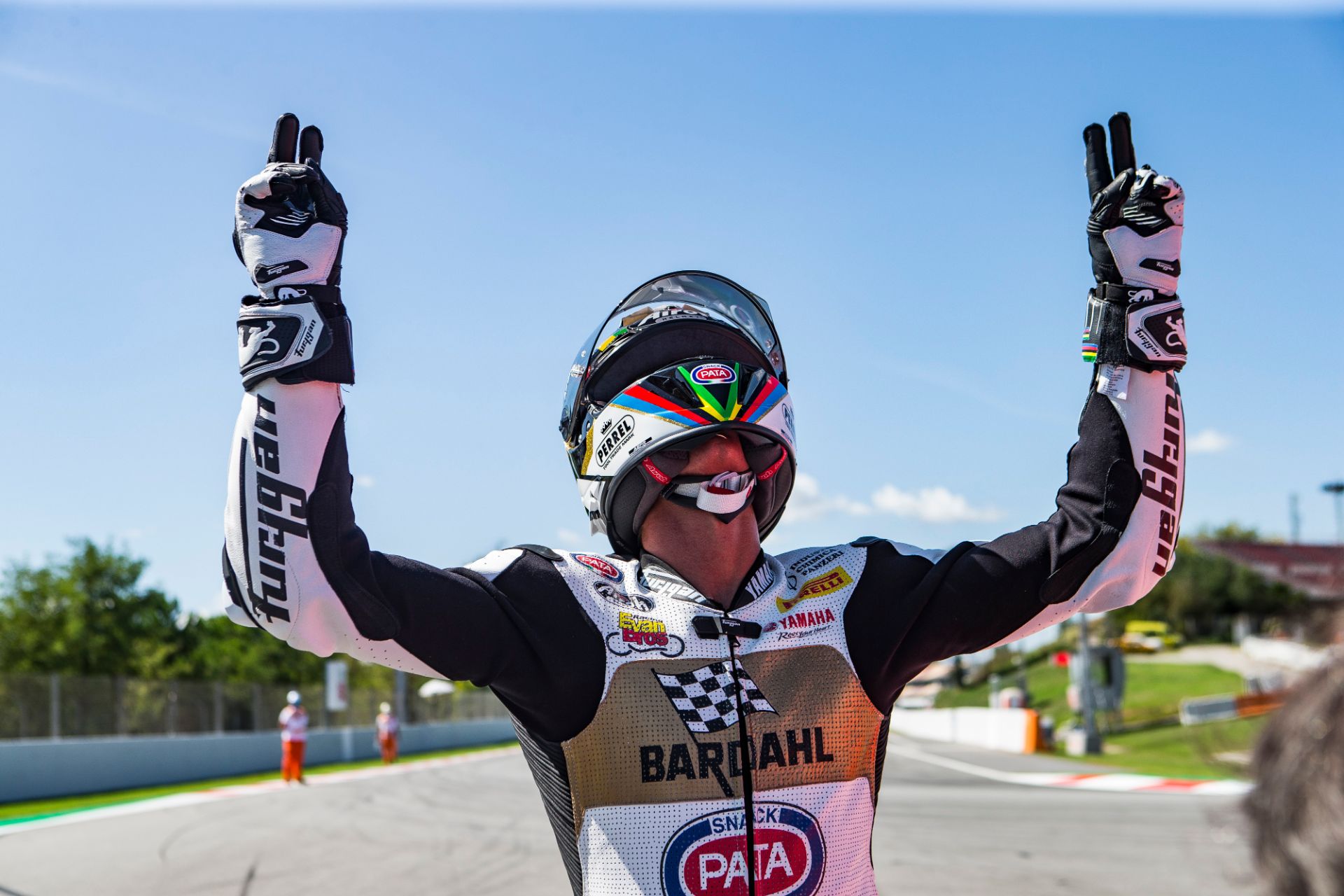 With two rounds left to spare, Evan Bros Yamaha WorldSSP Supported Team’s Andrea Locatelli is crowned the 2020 FIM Supersport World Champion, after flying to his 10th victory of the season in a superb second race in Barcelona.

After the disappointment of yesterday, where Locatelli was caught out by the timing of the red flag and finished fourth, the Italian was keen to make amends in Race 2. After dropping back to fourth from pole position on the start, the 23-year-old battled hard amongst the leading group throughout the first half of the race.

Locatelli then made his move forwards, retaking the lead on lap 10 and pulling clear to take victory and the championship. This marks the Evan Bros Yamaha team’s second consecutive riders’ title and the fourth in a row for the Yamaha R6, while Locatelli also becomes the first WorldSSP rider to win 10 races in a season.

Elsewhere, Kallio Racing Yamaha WorldSSP Supported Team’s Isaac Vinales was also looking to score a better result, after dropping to 15th in yesterday’s chaotic race. The Spaniard had a slow initial getaway from the third row and found himself in 12th after lap one. Friday’s pace-setter then made his way through the second group of riders, setting the fastest lap in the process on his way to sixth.

GMT94 Yamaha WorldSSP Supported Team’s Corentin Perolari was in amongst the lead group battle for much of the 17-lap race, having got through into second from third on the grid early on. The French rider continued to challenge the leaders, but tyre degradation issues saw him drop back to eighth at the finish.

In 10th was Kallio Racing Yamaha’s Hannes Soomer, who takes his seventh top 10 finish of the season, while bLU cRU Yamaha WorldSSP by MS Racing Team’s Andy Verdoïa, fresh from his emphatic maiden victory in yesterday’s opener, was 14th.

Teammate Galang Hendra Pratama was unfortunate to record his second DNF of the weekend, after a fall at Turn 10 on the second lap, with yesterday’s third-place finisher, GMT94 Yamaha’s Kyle Smith, taken out on the third lap.

It was a really good day today. We had a great victory and it’s amazing to be crowned the world champion. I was a little bit tired today after yesterday’s crazy race, but now we can relax a bit. I am thankful to everyone at Evan Bros Yamaha, they prepared an incredible bike all year. It’s also great to write my name in the record books with the 10th win of the season and I’m very proud of the job we did.

Congratulations to Andrea for winning the title, especially in the way his has done this – dominating a lot of races. He showed not only speed, but how he could keep his focus every single weekend, and impressed with his preparation and motivation. Congratulations also to all the guys at Evan Bros Yamaha and Fabio Evangelista for the second title in a row, demonstrating the professional level achieved by this team. This is also the fourth consecutive title for the Yamaha R6, which also confirms the bike’s speed and the incredible development work done. 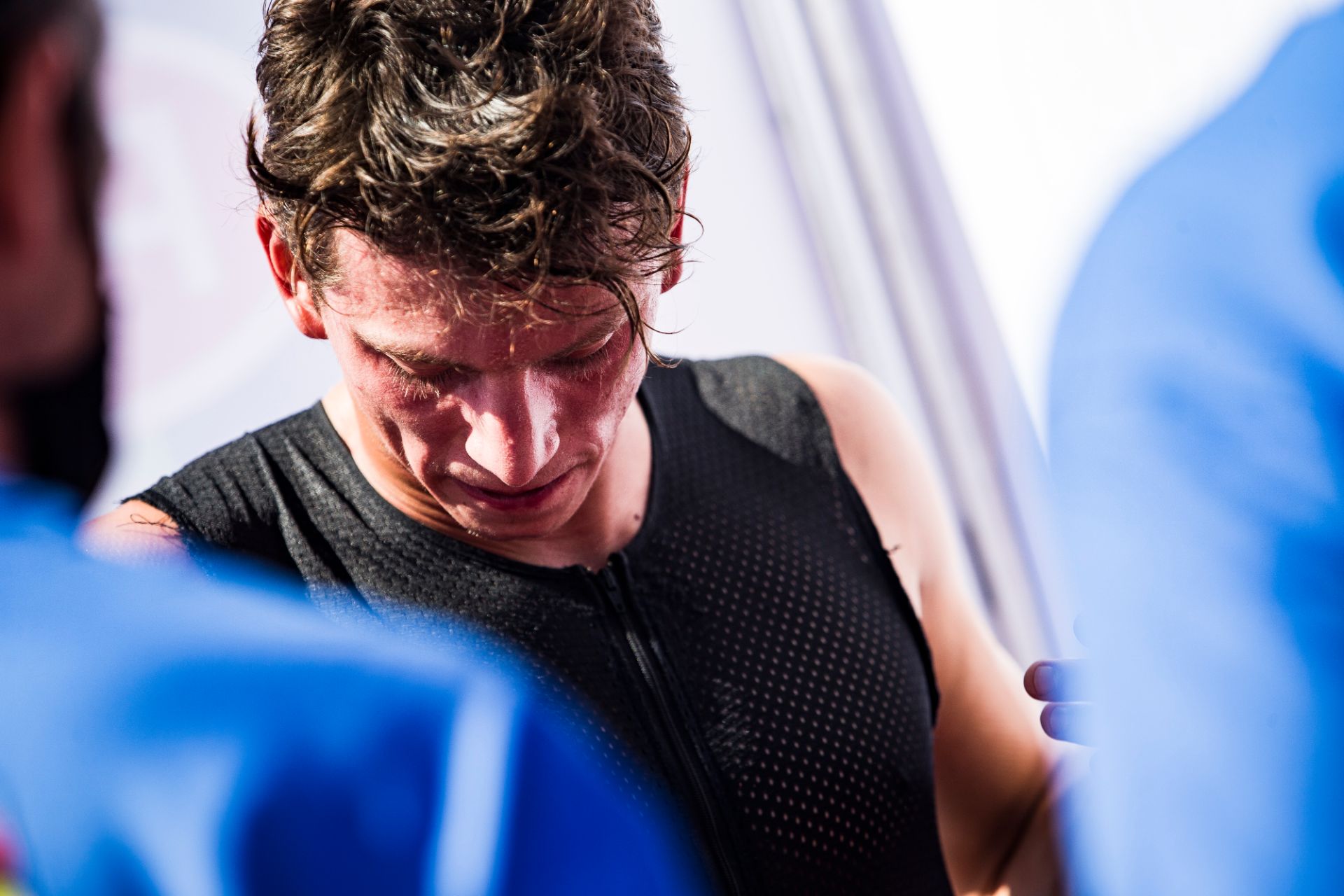