Starting from pole position, his third of the season, Locatelli fell into the clutches of GMT94 Yamaha WorldSSP Supported Team riders Cluzel and Corentin Perolari off the line. The Italian fought back into second, behind Cluzel’s Yamaha R6, before a titanic battle for the lead ensued. On lap four, Locatelli fired back through, but his title rival continued to hound the rear of his Yamaha R6 and retook the position.

Three laps later, Locatelli came back through on Cluzel and began to pull away. The championship leader never looked behind and was helped when Cluzel fell on lap 13 in Turn 5 to claim a hard fought fourth consecutive victory, marking the best start to a WorldSSP campaign in championship history.

Behind, GMT94’s Perolari entered the final lap in fifth, but managed to take fourth on the run to the line, finishing just 0.011 seconds off the podium and remains fourth in the standings.

Kallio Racing Yamaha WorldSSP Supported Team rider Isaac Vinales was also in the battle for the final spot on the rostrum and overtook fellow countryman Rafaelle De Rosa with just a few corners to spare. However, the Spaniard struggled out of the final turn and dropped from third to fifth on the start-finish straight.

Having lost 15 seconds from the earlier incident, Cluzel was able to recover to a sixth-place finish, ensuring he held onto second in the championship, as Kallio Racing’s Hannes Soomer kept his top 10 run going in ninth.

bLU cRU Yamaha WorldSSP Team’s Galang Hendra Pratama narrowly missed out on a first points-finish in the championship, crossing the line in 17th, as Andy Verdoia was denied a chance to fight for more points following an engine issue.

It’s incredible to win today because it’s the first time that I’ve raced at this circuit. It was a difficult one because the temperature was high and there’s also a lot of wind. I’m confident we can push again tomorrow, and it’s always good to take another victory for the championship. We need to keep up this momentum in order to fight for the title. It’s still a challenge for me, because the character of the bike is very different from what I’m used to. Tonight we have a few things to work on to be ready for tomorrow’s second race.

It was strange in the race, as it felt like the throttle was still open mid-turn, which meant I missed the apex many times, especially in Turn 5. I tried to push more to catch Andrea, but I just lost the front. I was struggling so much, which I wasn’t in the test here. Disappointment because I was easily second today, but I wanted to push to try and win. It seems that, once again, it's hard to beat the yellow R6. It’s been like that for a couple of years, first with Krummenacher and Caricasulo and now with Locatelli, but I think this weekend we still can fight with him for victory. The wind was strong compared with practice, which also made it quite tough out there today. 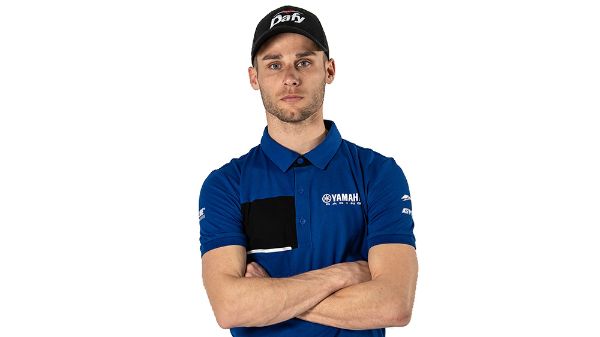