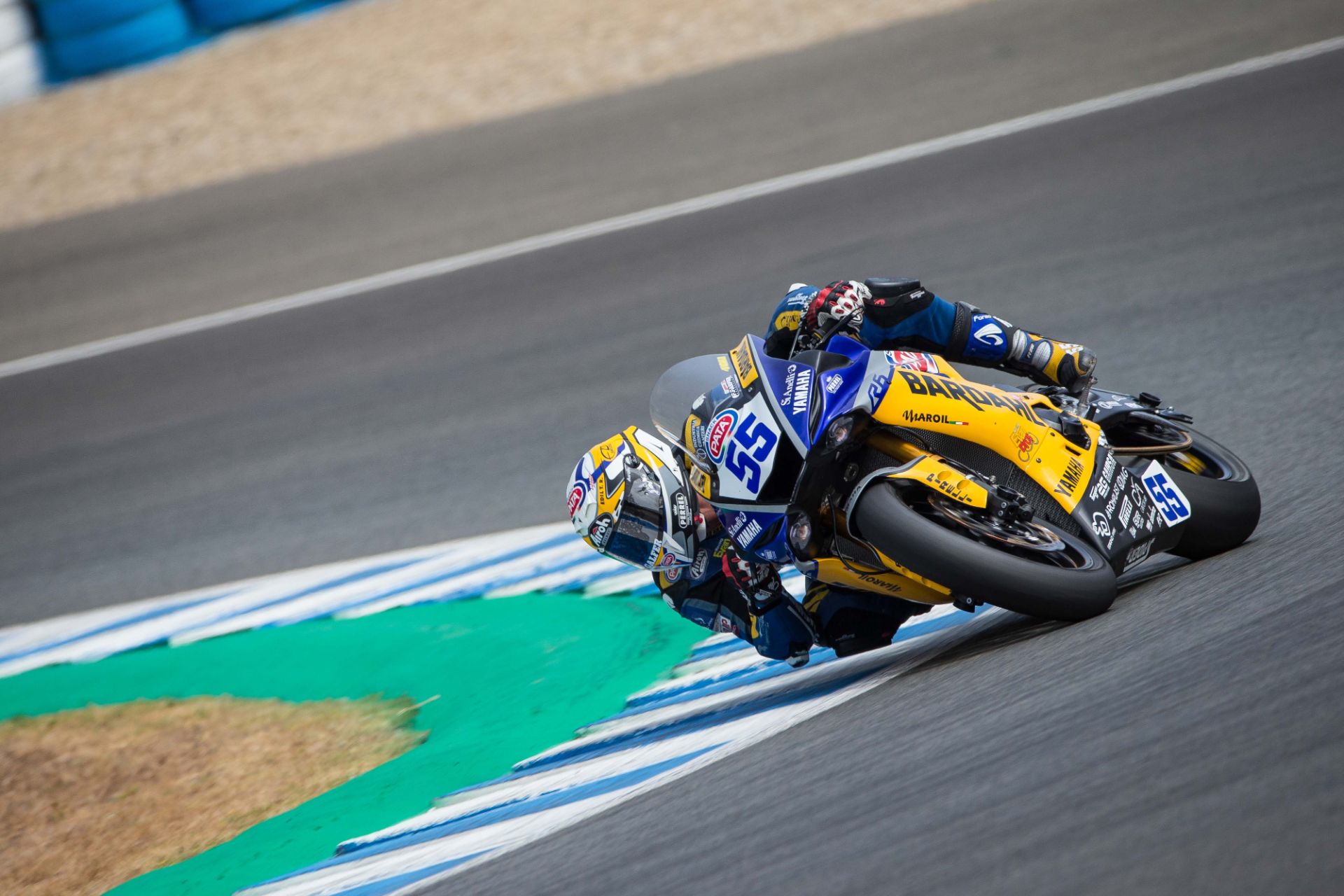 The Italian topped the timesheet in every session in Jerez and started today's 17-lap WorldSSP showdown from pole position, but it was Jules Cluzel aboard the GMT94 Yamaha WorldSSP Supported R6 that took the holeshot from second on the grid.

Initially, Locatelli was happy to sit in behind the Frenchman but eventually made his move just five laps into the race, outbraking Cluzel at the end of the back straight and taking the race lead on the entry to Turn 7. The Italian then posted the fastest lap of the race to pull away from the GMT94 Yamaha rider, an advantage he increased with every lap to take his second successive race win by over three seconds from Cluzel.

Already a race winner in the opening round at Phillip Island on his WorldSSP debut, Locatelli now leads the championship with the maximum 50 points.

Cluzel rode a consistent, albeit lonely, race to claim the second step of the podium for the second time in succession, having built up a gap of more than five seconds over final podium finisher, Philipp Oettl. Cluzel remains second in the championship standings, 10 points adrift of Locatelli.

GMT94 Yamaha's Corentin Perolari picked up valuable points with seventh place, after a titanic battle with Raffaele De Rosa and Steven Odendaal in the latter stages of the race, with Kallio Racing Yamaha WorldSSP Supported rider Hannes Soomer rounding out the top 10.

It proved a disappointing race for Kallio Racing Yamaha's Isaac Viñales, who was forced to retire on lap seven with a technical issue.

It was also a tough encounter for the bLU cRU Yamaha WorldSSP Team, with Galang Hendra Pratama and Andy Verdoïa having to settle for gaining additional experience, as both crashed out of the race, fortunately uninjured. Galang Hendra went down at Turn 1 just three laps into the race, while Verdoïa went down at Turn 3 just three laps later in an incident involving Peter Sebestyn.

The WorldSSP riders will be back on track for a repeat performance tomorrow, with Race 2 to be contested over 17-laps with lights out scheduled at 12.30 CEST.