Having dominated many races this year, Locatelli had a fight on his hands heading into qualifying at the Portuguese venue. The Italian hadn’t topped any Free Practice sessions, but was still able to take his seventh pole position of the year with a superb late effort.

In the race, Locatelli held his lead on the exit of Turn 1 but a red flag after just three laps meant he had it all to do again on the restart. This time, the 2020 WorldSSP champion built an even bigger lead at the start and maintained his advantage throughout the shortened 12-lap race to take another comfortable victory.

After a promising start to the weekend, where he placed second on Friday and again in FP3, Soomer made a couple of mistakes on his fast laps in the Superpole and lined up a disappointing 13th on the grid.

On the first start, the 22-year-old Estonian climbed up to seventh but he was even more impressive on the restart, carving his way through to second in the opening few corners. Soomer held the position for much of the race, but eventually finished just 0.377s behind Kawasaki’s Philipp Öttl in third.

After qualifying a solid sixth, Kallio Racing Yamaha’s Isaac Vinales initially dropped down the order while avoiding incidents ahead. The Spanish rider made quick progress though, setting the fastest lap of the race on his way to fourth.

GMT94 Yamaha WorldSSP Supported Team’s Jules Cluzel was back on the Yamaha R6 for the first time since his fall in Aragon but was soon up to speed and qualified eighth. The French rider dropped to 14th on the restart but battled back to finish ninth, just ahead of teammate Corentin Perolari, who made up four positions to take 10th.

Both bLU cRU Yamaha WorldSSP Team by MS Racing’s riders made good progress in the race, and were battling for points throughout the 12-lap affair, with Andy Verdoïa claiming 15th and Galang Pratama Hendra finishing 16th.

I wasn’t too comfortable with the bike earlier in the weekend, but the team worked hard to find a good set-up, which we were able to do for qualifying and the race. We still need to find a little bit more for tomorrow, but overall I’m happy. The red flag always makes things difficult, as it breaks up your rhythm and there’s more risk on the restart but I was able to make a good start and breakaway from the group behind. Tomorrow is very important for me, I’m going to push 100 percent to try and finish with another victory. The day finished really great for me. In FP3 we were quite strong, but I made two mistakes in the Superpole which made my life a little difficult in the race. Both my starts were pretty good and after the red flag, I was able to avoid the incident ahead and get into second. I was trying to stay with Andrea but he was really strong in the final sector. We will make some changes for tomorrow and hopefully fight for the victory. Finally in the dry, I’m able to feel completely confident, and to take three podiums in a row is really positive for me. 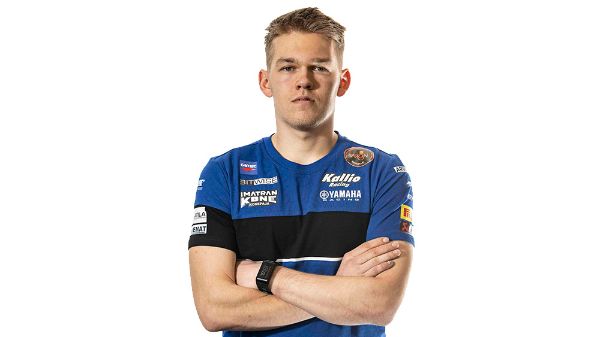