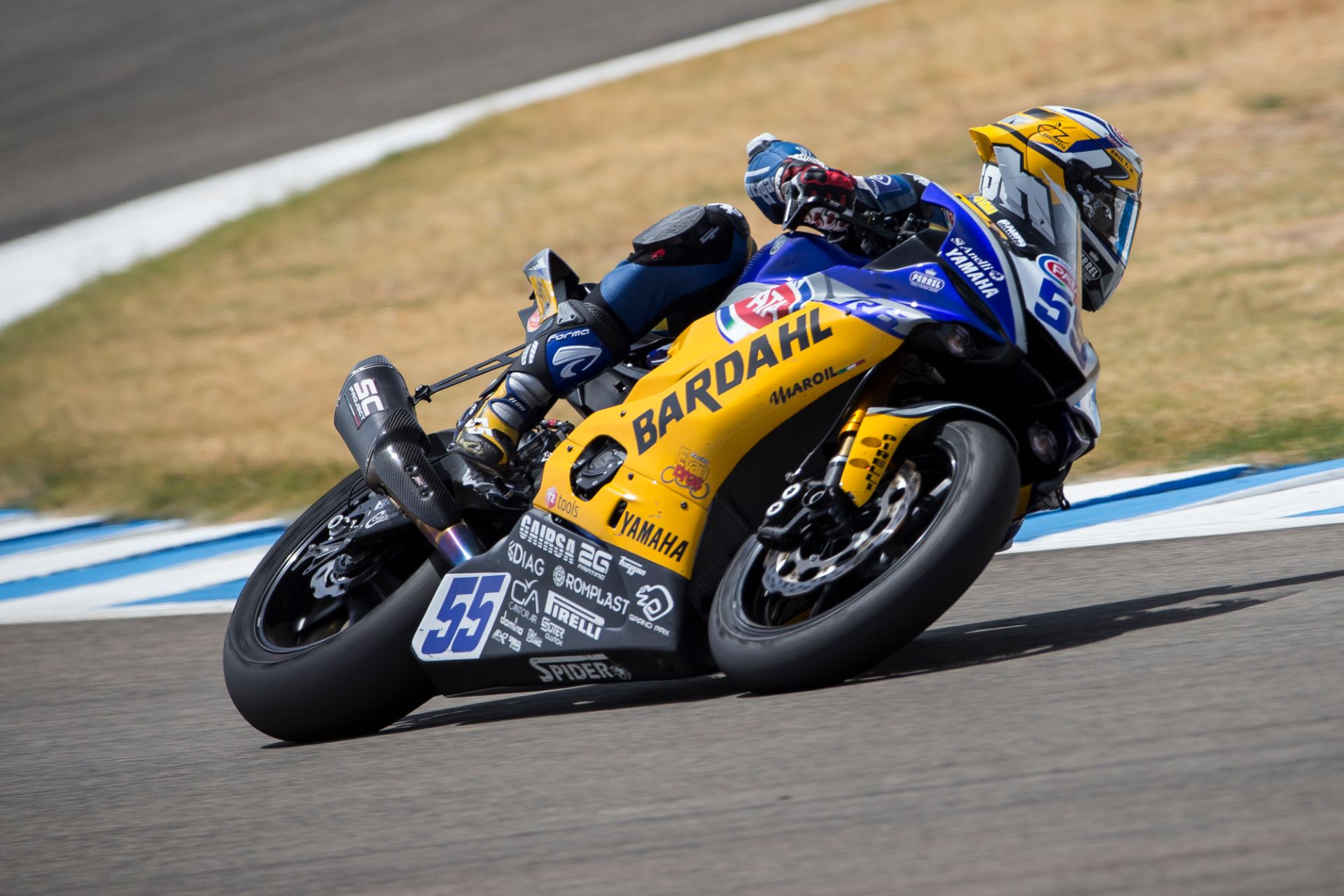 Andrea Locatelli stamped his authority on the 2020 FIM Supersport World Championship well and truly in Jerez this weekend. The Evan Bros Yamaha WorldSSP Supported rider topped the timesheet in every session, qualified on pole position and then won both races convincingly to maintain his perfect record.

Locatelli won on his class debut in Phillip Island, but in Jerez, the Italian was in a class of his own. In Saturday's WorldSSP Race 1 he shadowed GMT94 Yamaha WorldSSP Supported rider, Jules Cluzel, for the first five laps before making the race-winning move and pulling away to take the victory with an advantage of more than three seconds over the Frenchman.

In WorldSSP Race 2 on Sunday, which was reduced to just 11 laps due to a bizarre incident involving Raffaele De Rosa and Axel Bassani on the warm-up lap, Locatelli's domination was complete, with the Evan Bros Yamaha rider leading from lights out to chequered flag to secure his third successive win of the season, again with a significant advantage over Cluzel, who took this third second place finish in as many races.

GMT94 Yamaha's Corentin Perolari got the better of a battle with Kallio Racing Yamaha's Isaac Viñales today to finish sixth, one place better than yesterday, with the Spanish rider following him home in seventh after a technical issue forced his retirement from Race 1 yesterday. Kallio Racing Yamaha's Hannes Soomer also improved one place from yesterday, with the Baltic Bullet finishing today's 11-lap encounter in ninth position.

Both bLU cRU Yamaha WorldSSP riders, Andy Verdoïa and Galang Hendra Pratama, crashed out of WorldSSP Race 1 in separate incidents yesterday, but bounced back to race to the chequered flag this afternoon. Verdoïa added to his points tally with a 15th place finish, with Galang Hendra following his teammate home in 16th position.
Locatelli now heads the championships standings with the maximum 75 points, 15 points ahead of Cluzel in second. Perolari lies fourth in the standings on 35 points, with Soomer the next best placed Yamaha rider in seventh with 24 points.

The Yamaha WorldSSP protagonists will be back in action next weekend at the Portimão circuit in Portugal, where they will once again face a double header, with Race 1 on Saturday and Race 2 on Sunday.

We made a really good job again today, working well in every session and the conditions were also a little bit better for us in the race. I'm really happy with the win today because the shorter distance meant that everyone could push for the whole race. But I managed to get and then manage a little bit of a gap in the early stages of the race, which was important because it allowed me to relax a little towards the end. I think we did an incredible job here in Jerez and now we need to carry this momentum to Portimão, which is completely different in terms of the asphalt and even the temperature, so we need to understand the bike there. It's also a track I don't know so well, but our approach has worked very well up to now and I'm confident that the same approach will also work next weekend.

"Two races done here in Jerez, two second places and important points in the bag. We couldn't catch Locatelli and his team this weekend, they were just so strong, and it would have been easy to make a mistake in the hot and tricky conditions here and we avoided that. I had some pressure in the second race, which I was able to manage well, but we can see that while we have some strong points with the bike, we also have some areas in which we need to improve. Anyway, I'm happy to come away with 40 points from Jerez, a circuit at which I've occasionally struggled in the past. Now we go to Portimão, where normally it's the opposite so, hopefully, I can reduce a little bit the gap to Locatelli next weekend." 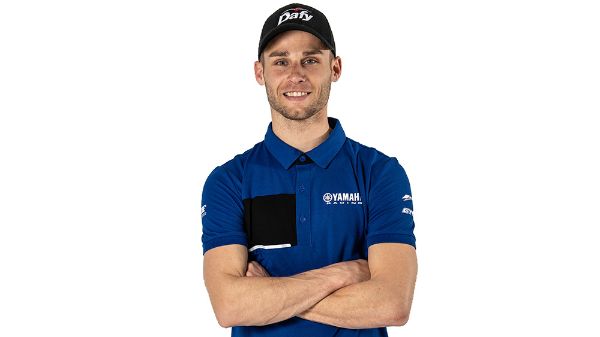