Odendaal Strikes Back for WorldSSP Race 2 Victory at Portimão Odendaal Strikes Back for WorldSSP Race 2 Victory at Portimão

After finishing sixth in Race 1, where he was unable to make an impression on the lead battle until late in the race, Odendaal made a superb getaway from seventh on the grid to run fourth at Turn 1. By the time lap two came around, the South African had hit the front, but what followed was another thrilling fight involving several riders.

Odendaal, Cluzel, Caricasulo, ParkinGO Yamaha’s Manuel Gonzalez and Ten Kate Yamaha WorldSSP Supported Team’s Dominique Aegerter all took turns at the front of the field, with the slipstream along the start-finish straight proving to be crucial throughout the 17-lap contest.

On the penultimate lap, Odendaal was running second, but dived down the inside of Cluzel on the final run towards Turn 1. The French rider pushed hard, but in the end Odendaal was able to just hold him off on the run to the line to take his first victory since Most.

After a sensational first win since Argentina 2019 in Race 1, Cluzel was once again in the lead battle on Sunday. The GMT94 Yamaha rider found himself outside the top five halfway through the race, but recovered to finish second, just 0.011s behind Odendaal, which saw the result decided by a photo finish.

Following a difficult first race, Caricasulo asserted himself into the lead battle early on in Race 2 from eighth on the grid. The Italian was up to third on the last lap, coming under pressure from Gonzalez behind, but was able to hold him off to take his first podium since returning to the WorldSSP championship this year.

Spanish youngster Gonzalez was second in yesterday’s race and was once again battling amongst the podium places throughout Sunday’s event. The 19-year-old eventually finished fourth, just 0.625s behind the race winner, further solidifying his third position in the championship with two rounds to go.

Aegerter was also in the fight, trying to improve on his third position from yesterday, but found himself forced wide into Turn 1 with two laps to go. The championship leader was unable to recover the lost time and eventually finished fifth.

On his maiden WorldSSP weekend, Yari Montella impressed for the GMT94 Yamaha team. The Italian was 10th in Race 1 and hung onto the lead battle for much of Sunday’s encounter, eventually finishing sixth, ahead of CM Racing Team’s Randy Krummenacher.

Evan Bros Yamaha’s Peter Sebestyen enjoyed a solid weekend in Portugal, backing up his 11th-place finish from Race 1 with a strong ride from 16th to ninth in Race 2. Kallio Racing Yamaha WorldSSP Supported Team’s Hannes Soomer took a pair of 13th place results in both races, while his teammate Vertti Takala was 19th on Sunday.

Ten Kate Yamaha WorldSSP Supported Team’s Galang Hendra Pratama was 21st in Race 2, with Biblion Motoxracing Yamaha’s Maria Herrera unable to make the same progress as she did yesterday (27th to 18th), and crossed the line in 23rd.

Yamaha MS Racing’s Unai Orradre had a big high side on the exit of Turn 1 in Race 2, and is currently being assessed at the medical centre.

It’s very nice to be back on the podium, never mind the top step. Today was a fantastic race, I enjoyed it a lot. It was a great battle, but it wasn’t easy. We had a good Warm Up in the wet, but the race was dry and there were some damp patches at the start. I had a steady start, but then I realise I need to push. Really happy that the team could give me a bike that could win. There’s still 100 points left in the championship but to be honest I just want to have races like we did today. Argentina will be difficult as not many of us have been there, but I think the team have some good data so we’ll see how it goes.

It was nearly a perfect weekend. I’m a little bit disappointed, but I gave it everything I could. I’m happy because in Jerez I was really struggling, so to come back with a first and a second is great for me. I had a good bike today, but I didn’t quite have the same feeling as I did yesterday. I dropped back to around eighth at one stage, so I knew I had to be a little more aggressive. With three laps to go I was making my way back to the front, so it was a good end of the race for me. I’m happy to be going to an overseas race, I have good memories of Argentina but every year it is a reset. I’m not fighting for anything in the championship, so I look forward to just enjoying it. 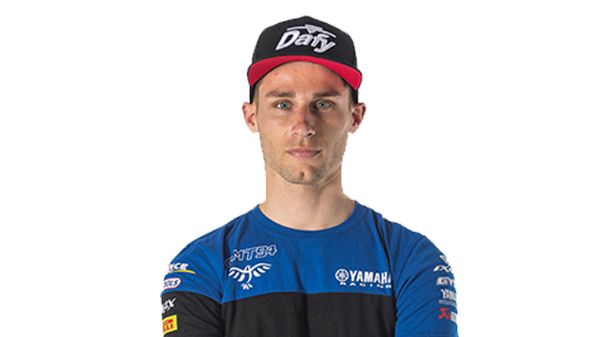 I missed the podium a lot in the world championship. The race was strong for me, there were some damp patches off line though and it was not easy, especially in a big group. We did a great job compared to yesterday, where we had a difficult day and weren’t able to keep up with the lead group. I have to thank Biblion Motoxracing Yamaha for giving me the opportunity to fight for this position.