Pole to Victory for Marvellous Aegerter in Estoril 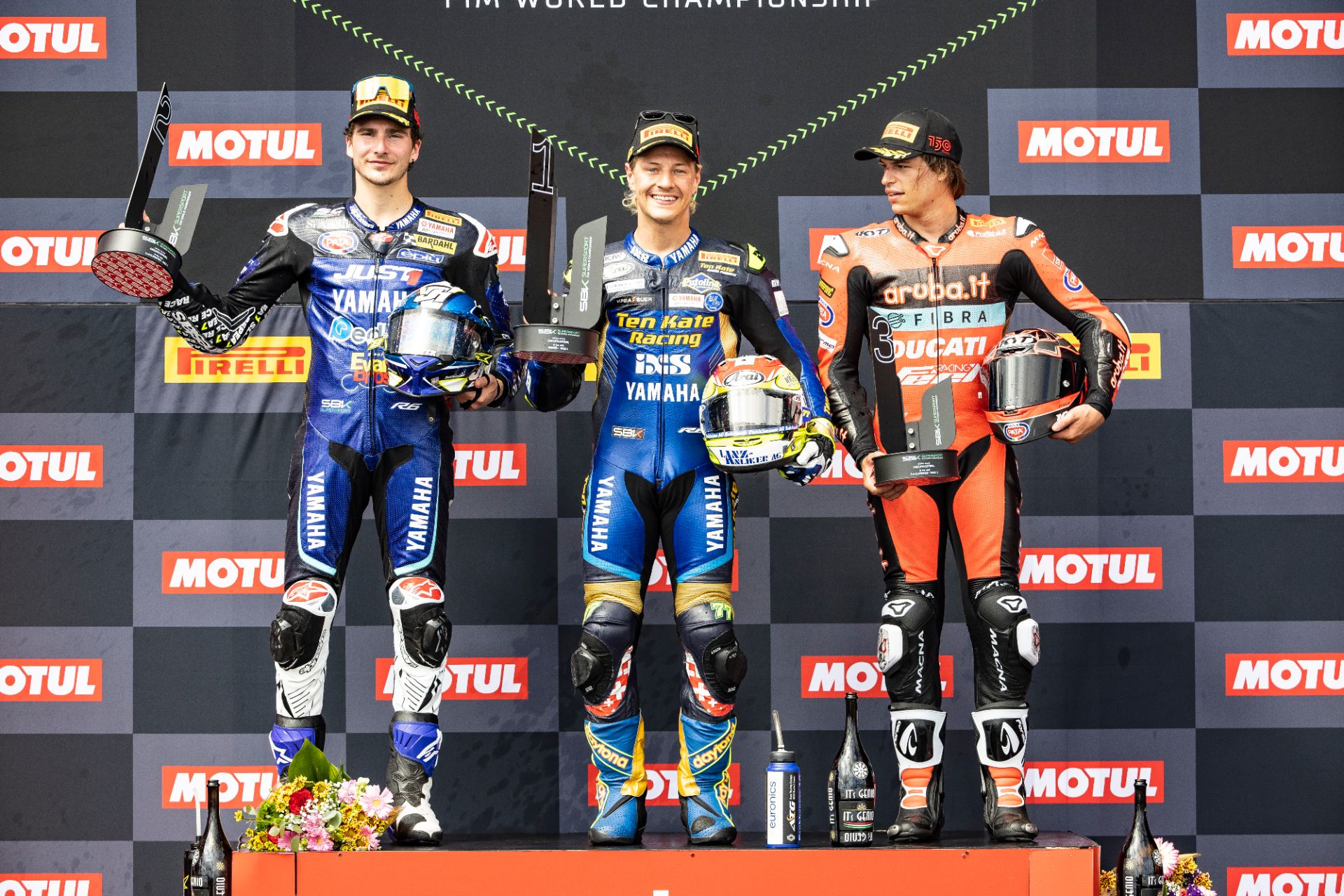 Pole to Victory for Marvellous Aegerter in Estoril

Dominique Aegerter proved to be untouchable once again in the FIM Supersport World Championship, storming to a fourth-consecutive victory following a record-breaking Superpole earlier on Saturday. The Swiss rider led championship challenger Lorenzo Baldassarri home to complete a Yamaha one-two.

After topping Friday’s sessions, Aegerter made his intentions clear as Saturday’s action got underway in Estoril, breaking the lap record three times on his way to a first back-to-back pole position since Assen last season. The dominant 31-year-old flew to pole position, breaking the lap record previously held by Andrea Locatelli by 0.474 seconds, setting a 1:39.046.

As the race got underway, it was clear Aegerter wouldn’t have it all his own way, slipping to third in the opening stages before crossing the line in second. Battling with leader Can Öncü and Yamaha counterpart Glenn van Straalen, Aegerter burst into the lead passing the pair of them on the run into turn one.

With van Straalen up to second, the Yamaha duo broke away until a crash at turn nine for the EAB rider left Aegerter with a comfortable margin over the chasing pack. Uninjured, van Straalen re-joined and fought his way back up to seventh place, leaving Aegerter to take a comfortable victory.

Meanwhile, Lorenzo Baldassarri was left to recover from a tough start, dropping to eighth in the opening stages. Demonstrating his strong pace by setting the fastest laps early on, the Italian picked his way through the field, passing Öncü for second with seven laps to go, eventually crossing the line to secure 20 championship points.

GMT 94 endured mixed results. After a strong start, Jules Cluzel crashed out of the race at the midway point. Team-mate Andy Verdoia pushed hard during the 18-lap encounter and crossed the line ninth ahead of Ondrej Vostatek and Kyle Smith.

Replacement rider Simon Jespersen enjoyed a strong ride to 13th, finishing ahead of Leonardo Taccini and Marcel Brenner who rounded out the points finishes.

Unai Orradre continued to make progress aboard his MS Racing Yamaha, finishing the race just outside of the points in 16th. 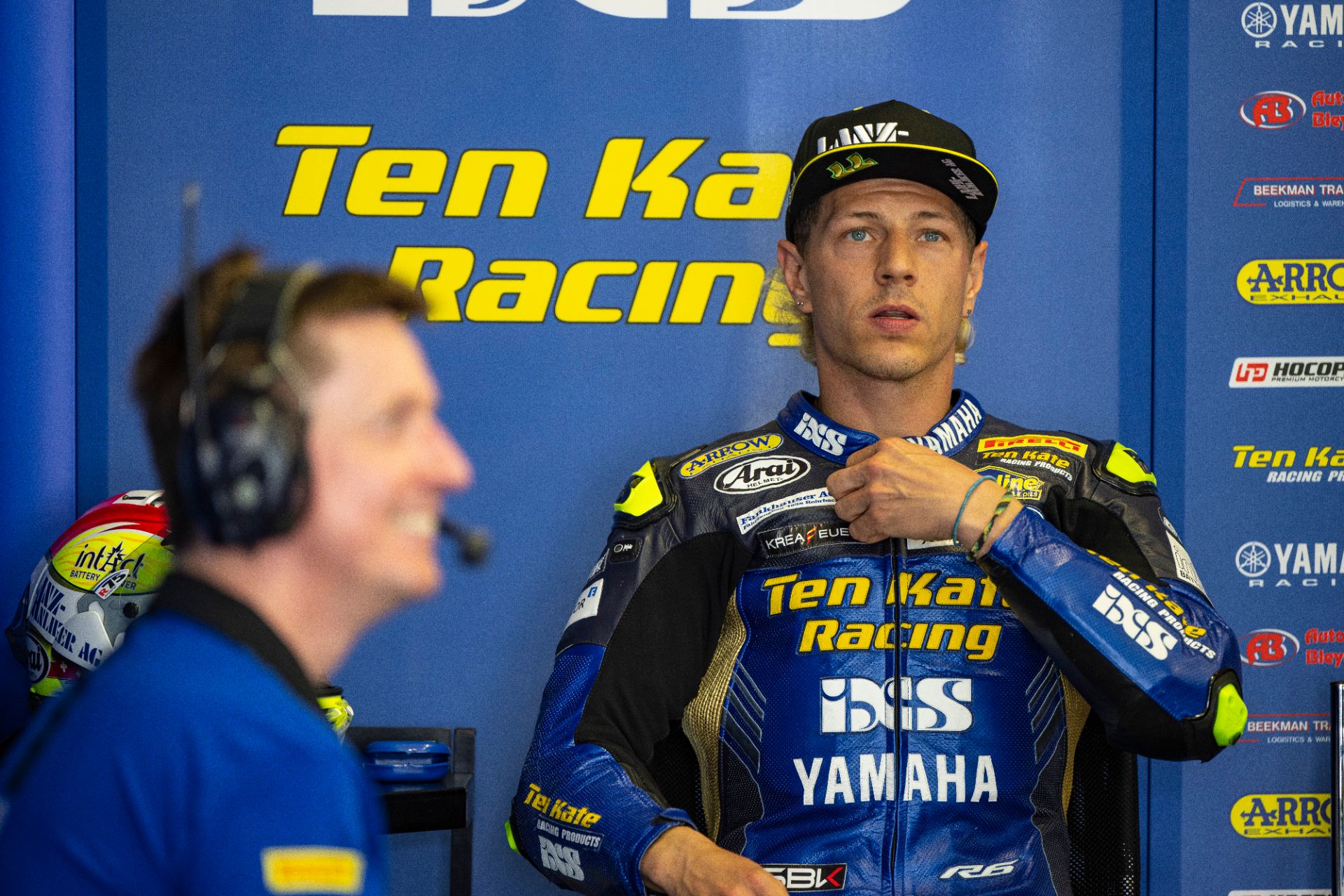