It’s been 11 years since the last Indonesian rider raced in the Supersport World Championship. That was until Yamaha bLU cRU WorldSSP by MS Racing arrived into the 2020 season with exciting prospect Galang Hendra Pratama.

Hailing from Yogyakarta in central Java, Galang Hendra had motorcycle racing in his blood from a young age, with both his mother and father being professional riders at a national level throughout his early childhood.

The 21-year-old first participated in motocross before making the switch to underbone racing, a popular class in South East Asia, which he raced successfully until joining Yamaha Racing Indonesia for the Asean Cup Race, finishing as runner-up.

“Before I was born, my mother and father were also racing,” Galang Hendra recalled. “Up until 2010, I would still go to watch my dad race, but my mum stopped when I was just three-years-old. I competed in motocross championships between the ages of five and nine, then I started my career in road racing. I rode in some local races and the national 125cc underbone championship, as well as a one-make Yamaha series between 2011 and 2015.

“Up until 2016, I still did some local races, but the year before I was part of Yamaha Racing Indonesia and did the 250cc Asia Road Racing Championship with the YZF-R25. Then, in 2017 I was called up for a wildcard entry in the Supersport 300 World Championship.” Alongside several other Asian talents, Galang Hendra was called up by Yamaha Motor Europe to Valentino Rossi’s VR46 Academy in 2016. His performance at the Motor Ranch earned him a wildcard entry for the 2017 Supersport 300 World Championship at Portimão, which he described as “a dream” despite having to unfortunately retire from the race.

“Upon arriving at the World Supersport 300 race in Portugal it was like a dream that I was even there. The jump from 250cc to 300cc wasn’t too difficult to get used to, the difference is mainly in the regulations. In Asia, you can change a number of things, the camshaft, swingarm; it’s basically a semi-tuned-up series. In Supersport though it’s basically a stock bike, so I needed time to learn this and from FP1, FP2 and even the race I was still making big steps forward with the style and bike set-up. Unfortunately, in Portimão I had a technical issue but was allowed a second chance at Jerez.”

In that Jerez race, while Yamaha riders Marc Garcia and Alfonso Coppola battled for the title, Galang Hendra made an instant impact. On just his second Supersport 300 World Championship start, he became Indonesia’s first race-winner at a world championship level.

“For my second wildcard entry in Jerez, I was quite confident because I had just won the AP250 class of the Asia Road Racing Championship at Madras in India,” Galang Hendra continued. “So, I just tried to do my best and my target was just to try and get a point, finish in the top 15, but I could also see I had the opportunity to fight with the top group. I attacked every lap, every corner, and kept my focus to take the win on the run to the finish line.”

After that performance, Galang Hendra had his sights set on the 2018 Supersport 300 World Championship title, but the technical regulations meant that the Indonesian was unable to consistently challenge for wins.

The lead Yamaha R3 bLU cRU Challenge rider did, however, take a stunning victory in Brno after a dominant weekend. “To win in Czech Republic the following year was obviously an amazing feeling as well,” Galang Hendra said. “From the beginning of the year we weren’t sure about the potential, my goal was to be world champion but certainly in the early races we struggled to challenge the others. In Brno though, I was able to make a big gap to second place and win quite comfortably. I’m not sure exactly why we were able to maximise everything in Brno, the track is wide, and you can keep the rpm high, which is where the Yamaha worked best. So maybe this was why.” It was still a strong maiden season overall for Galang Hendra though, who finished in the top 10 in the standings and won the Yamaha R3 bLU cRU Challenge. He also took part in the Masterclass event at the end of the year and remained in the Supersport 300 World Championship for the 2019 season.

Although that year didn’t yield any further victories, Galang Hendra did enjoy his best championship position in seventh, and joined the Yamaha bLU cRU WorldSSP by MS Racing team for the 2020 Supersport World Championship. He entered the opener in Phillip Island, but his preparations were limited due to VISA issues, which saw him miss the pre-season test in Australia.

Speaking on his step-up to the Yamaha R6 and his preparations ahead of 2020, Galang Hendra said: “The power, the weight and the way you ride the 600cc bike is totally different. On the Yamaha R3 you can keep the rpm high in the corners and brake very late. But on the R6 you must get the bike slowed as much as possible before the corner and use the power to accelerate out. 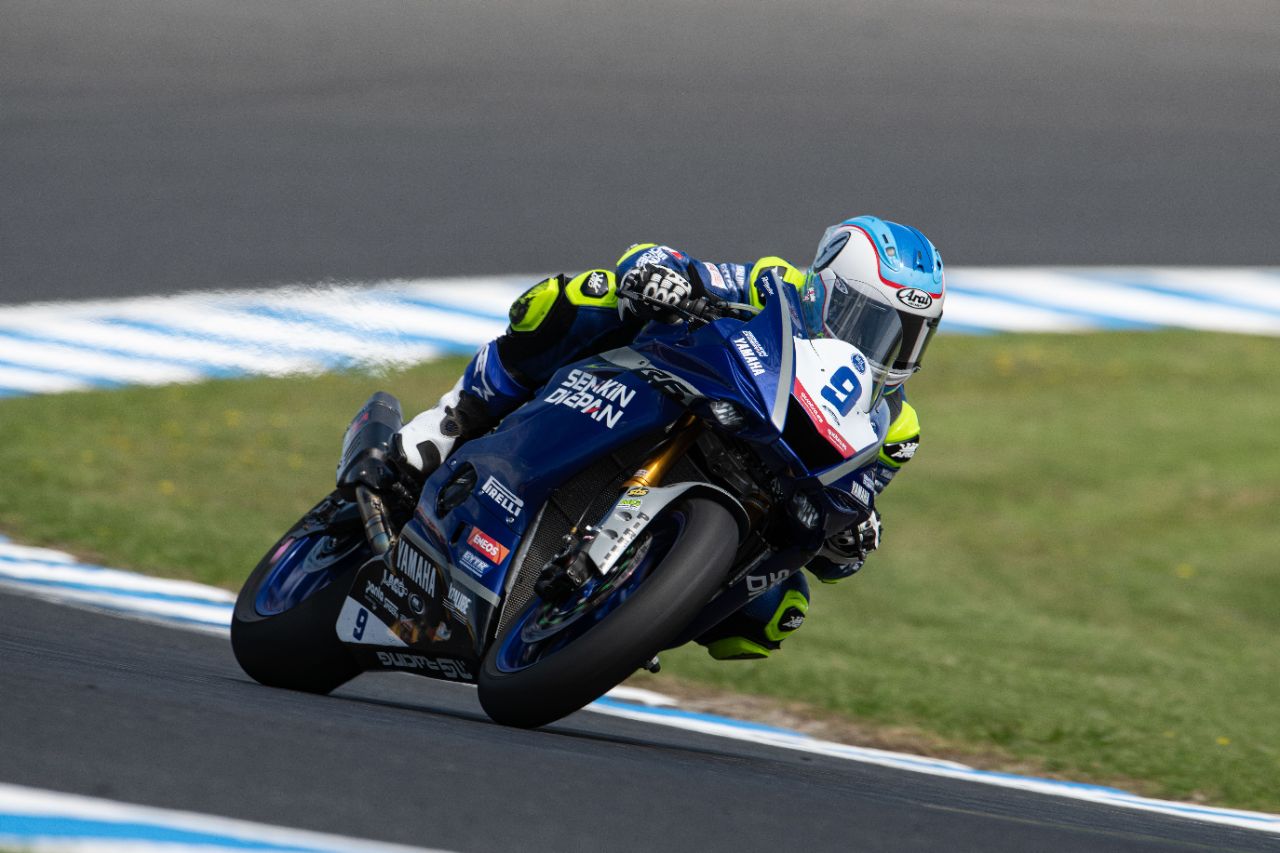 “Over the winter I did a lot of preparation. We did a week of testing in Jerez and Almeria, and step-by-step I’m learning how to ride and how to set-up the bike. I’m quite an aggressive rider, but now I need to be smoother, because if you push too much you can destroy the tyres quite quickly. Missing the pre-season test in Australia put me on the back foot, so I had to find out as much information as possible from my team-mate, Andy Verdoïa. We are still learning and hope to come back stronger when the season resumes.”

Stay tuned for more on Galang Hendra Pratama; his future aspirations, his racing pigeons (yes, you read that right) and how he's keeping fit and focused at home in Indonesia during the enforced break from racing. You can follow Galang Hendra's progress at yamaha-racing.com and on his Instagram, Facebook and Twitter accounts.