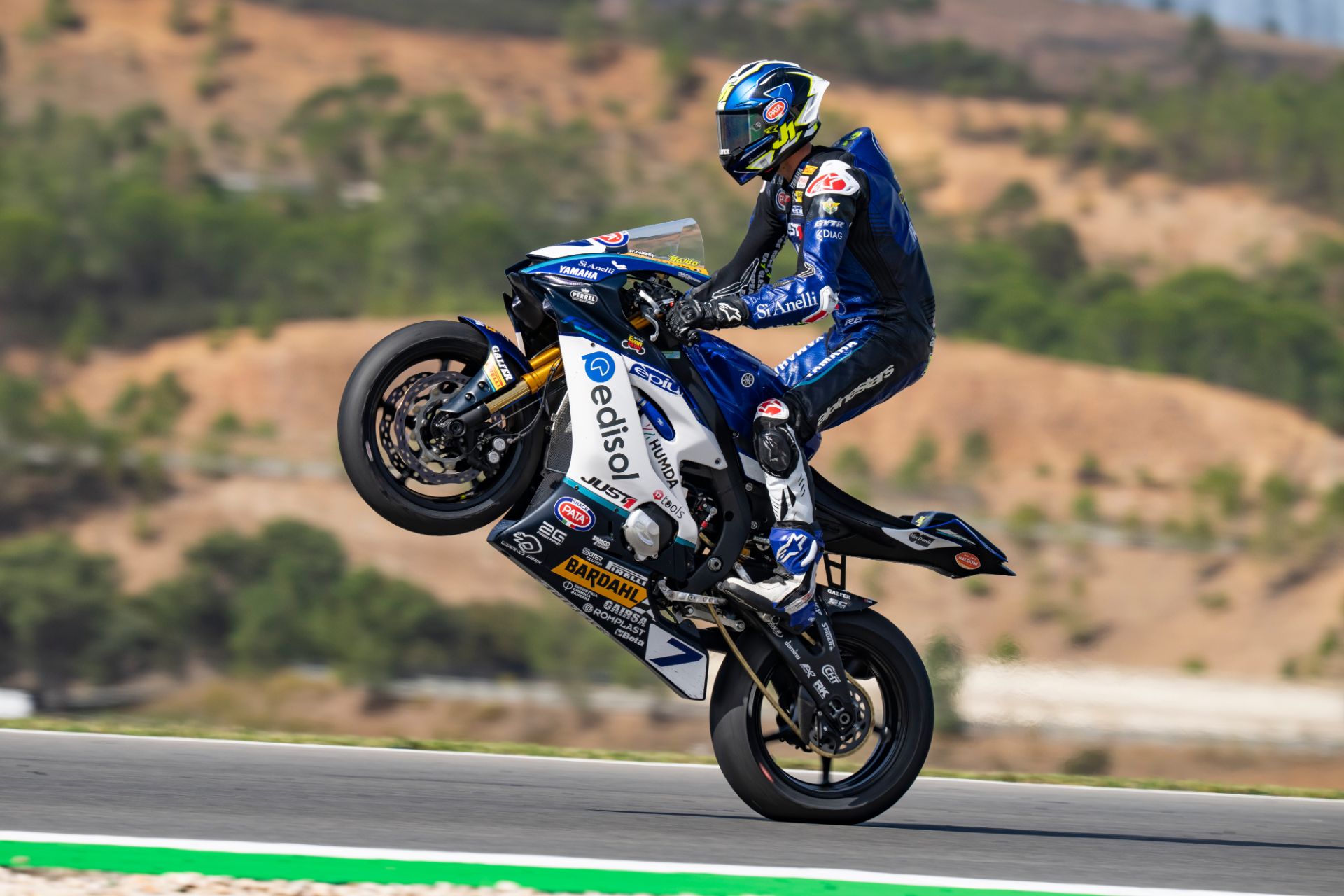 Yamaha secured their sixth FIM Supersport World Championship manufacturers title today as Evan Bros.WorldSSP’s Lorenzo Baldassari bravely battled to a podium finish at the Portimao venue. The Italian stormed to a 14th podium of the season aboard his Yamaha R6, missing out on the race victory by just 0.011 seconds.

Saturday’s action commenced with a frantic Superpole session which saw ten riders under the existing lap record. The first to break Jules Cluzel’s lap record from 2021, Dominique Aegerter was also the last as he stormed to a 1'43.065 to secure pole position by 0.204 seconds, while title-rival Baldassarri was forced to start the race from seventh following a late crash.

Aegerter made a solid start from pole position, settling into the leading group in the early stages as he fought with Cluzel and Glenn van Straalen for second place. As the shortened 12-lap race unfolded, the battle at the front quickly became a hectic seven-rider battle; and with five laps to go, saw Baldassarri hit the front.

The Italian’s lead was short-lived, however, slipping to third before re-passing Federico Caricasulo on the final lap for second. Despite giving it his all, the former Moto2 rider couldn’t topple the Triumph ahead, crossing the line in second just 0.011 seconds adrift of the race winner. Meanwhile, Aegerter held on to secure fourth in the opening race of the weekend.

Early retirement for Marcel Brenner sadly ended his hunt for the Supersport Challenge championship trophy as he trails Bahattin Sofuoglu by 33 points.

Clinching 16 race wins and 16 further podium finishes, Yamaha sits at the top of the manufacturer’s standings with an unbeatable 185-point advantage over Ducati. Ten Kate continue to lead the team’s standings.

“This is now the sixth title in a row for Yamaha in the WorldSSP class and I would like to congratulate all the riders, teams and everybody at Yamaha who have been working very hard to make this possible. Obviously this year there have been several changes in the Supersport category, with new manufacturers and bikes joining the grid, but it’s nice to see that the Yamaha R6, in the hands of our talented riders and teams, is very competitive, winning almost every race so far this season.”