Yamaha MS Racing WorldSSP300 Supported Team’s Unai Orradre got his second full FIM Supersport 300 World Championship season off to a strong start, backing up his fourth from Saturday’s opener, with a second-place finish in the second race from MotorLand Aragón.

After impressing during Friday’s Free Practice session with the fastest time overall, bLU cRU rider Orradre managed to qualify on the front row in third position for Saturday’s opening race. The Spanish youngster was battling for the lead throughout, but a red flag while running in fourth meant he just missed out on a podium finish.

In the second race, Orradre was in the front group yet again off the start and battled among the podium places once again. Heading onto the final lap, the 17-year-old was in fifth, but carved his way through to the lead, crossing the line in first place. However, the Yamaha MS Racing rider was handed a one-place penalty for track limits and was classified in second. This result sees Orradre leave Aragón third in the championship standings.

On the flip side of the coin, Biblion Motoxracing Yamaha WorldSSP300 Supported Team rider Sofuoğlu endured a difficult start to the 2021 season. Having qualified 14th, the Turkish youngster was involved in an incident on the 10th lap of the first race, and suffered another fall on Sunday, meaning the bLU cRU youngster leaves Aragón with no points on the board, despite showing race-winning potential across the weekend.

For the Viñales Racing Yamaha Supported WorldSSP300 Team, Kevin Sabatucci managed 22nd in the opening race, but fell in the second at Turn 1 with four laps left. Teammate Dean Berta Viñales finished both races, coming home in 29th on Saturday and 27th on Sunday, which marked a strong start to his WorldSSP300 career.

The WorldSSP300 riders will join the FIM Superbike World Championship again at Misano (11-13 June), which will mark bLU cRU rider Orradre’s first visit, while Sofuoğlu will be looking to bounce back with a strong result to kickstart his title challenge.

I’m very happy with my job during the races. In the second one, it was really difficult because of the track conditions. There was a big group of us fighting for the lead, we were pushing each other very hard and touching at some points. I’m very thankful for the team and all of my sponsors. I think I’ve made a step forward this year, I’ve been working hard over the winter, and in both races I was fighting for the podium places. In Misano, it will be my first time there and I’ll try to improve further. I’m confident in the R3 GYTR-kitted bike and hopefully we can learn quickly in Misano to be fighting at the front again. 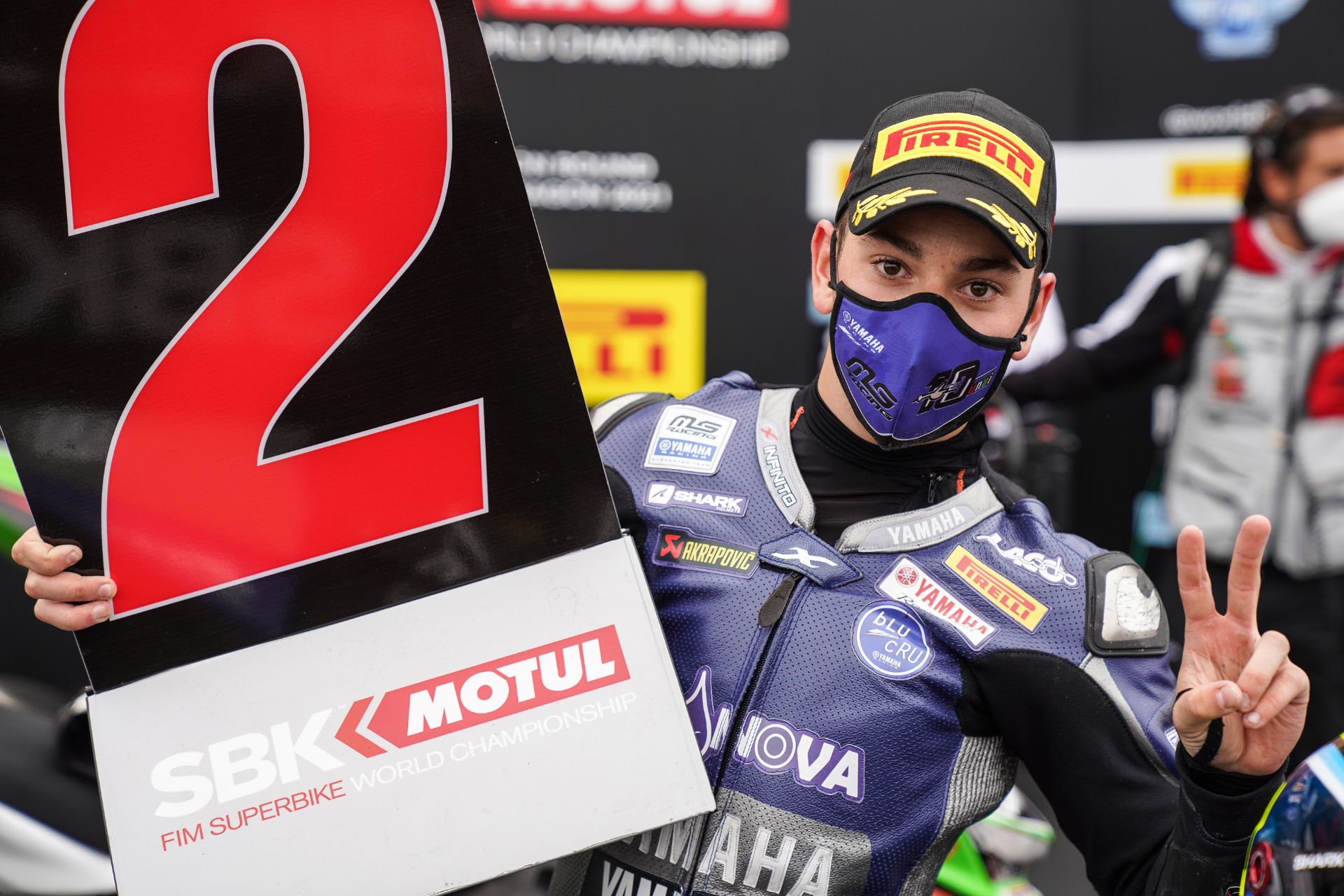