Diaz and Garcia Victorious at 2022 WorldSSP300 Season Opener in Aragón

Diaz and Garcia Victorious at 2022 WorldSSP300 Season Opener in Aragón

After Marc Garcia’s dominant victory in Saturday’s opening FIM Supersport 300 World Championship race at MotorLand Aragón, bLU cRU graduate Alvaro Diaz streaked clear of the field on Sunday to take an emotional first win, with both leaving the Spanish venue level on points at the top of the standings.

It was a promising start to the year also for 2021 Yamaha R3 bLU cRU European Cup winner Iker Garcia Abella, who was in the podium battle in Race 1.

2017 WorldSSP300 champion Garcia took pole position on Saturday, with Diaz joining him on the front row, qualifying third. In Race 1, the Spanish duo battled for the lead, pulling clear of third position in the latter stages. Yamaha MS Racing's Garcia was then able to increase his margin out front, eventually winning by 4.479s, while Diaz was another 4.757s clear in second.

In Race 2, 15 riders were involved in the lead battle until the final three laps, where Diaz was able to get out front and build a gap. The 18-year-old extended his lead to 3.591s by the chequered flag, seeing him take to the top step of the podium for the first time in his WorldSSP300 career. Garcia started the final lap in fifth, but climbed to second at the finish, meaning he and Diaz both took 45 points away from the Aragón round.

Meanwhile, Yamaha MS Racing’s Garcia Abella fought his way into the fight for third from 17th on the grid in Saturday’s race, eventually scoring points in 11th, less than 1.5s off the rostrum. Unfortunately, an incident in Turn 1 in Race 2 while running inside the points meant he was forced to DNF.

I am very happy with this weekend. The first race was difficult because of the wind, but second was a good result. I don’t have words for Race 2, I’m just so happy to take my first win, it was very fun. Thank you to Yamaha and my team, they did a great job and I look forward to the next one.

Today was very different to Race 1, where I was able to make a gap. The riders around me slowed my pace down a lot and it was difficult to get to the front. Everyone of course wants to fight for the win, and it made the last lap very difficult. We are working very hard with Yamaha and my team, and we’re going in a good direction. 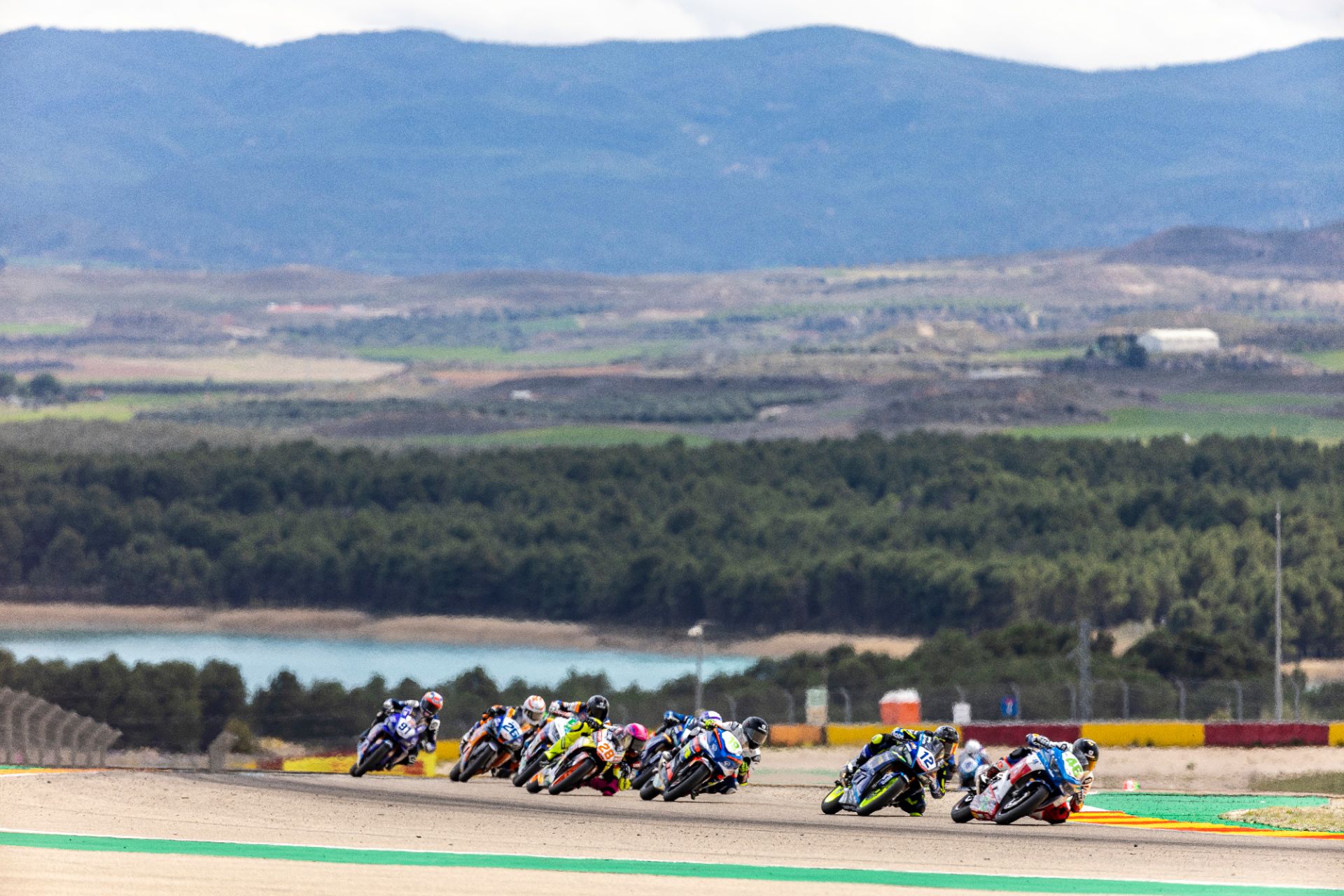