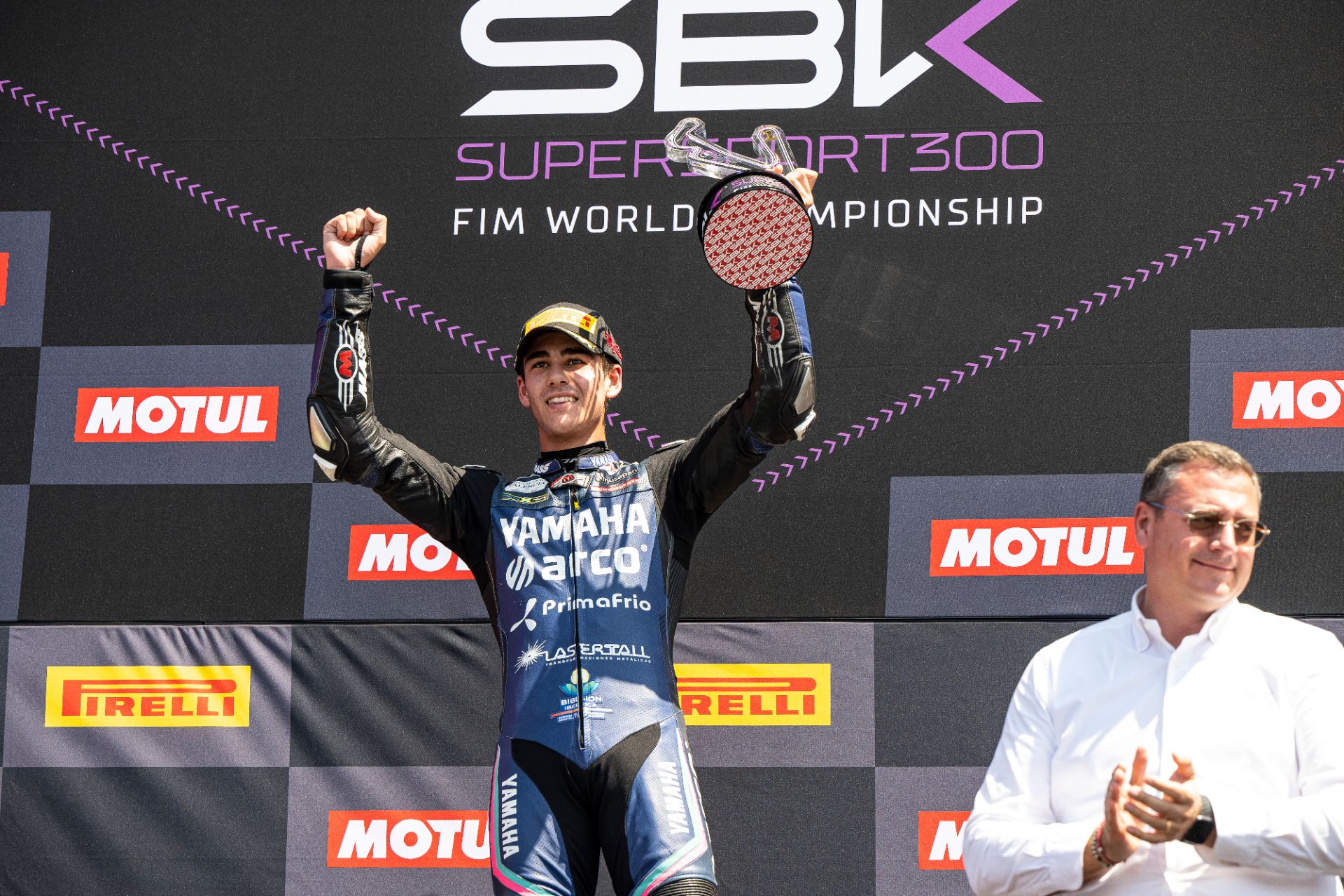 Alvaro Diaz enjoyed a star performance at the Misano FIM Supersport 300 World Championship round, backing up his second-place finish from Saturday with a superb victory in Race 2 to move onto the top of the standings.

Pole-sitter and Race 1 winner Matteo Vannucci was involved in an incident in the Warm Up, forcing him to miss Sunday’s contest after being transferred to the Maurizio Bufalini Hospital for precautionary checks.

Unable to show his full potential during the Superpole, where he qualified 13th, bLU cRU graduate Diaz battled back into victory contention on Saturday. The Spanish youngster closed the two-second gap Vannucci had built out front and crossed the line just 0.02s behind in second.

In Race 2, the 18-year-old stormed through the field, taking control of the race with three laps to go. Diaz was able to hold off his rivals behind to score his second victory of 2022, giving him a 20-point lead in the championship.

Italy’s Mirko Gennai bounced back from his DNF in Race 1 to finish seventh from 10th on the grid on Sunday, having been in the victory battle all race-long. Compatriot

Alfonso Coppola was also in the running in both races, finishing fourth on Saturday and rounding out the top 10 in Race 2.

Despite a difficult weekend, Marc Garcia picked up valuable points in both races and now sits second in the championship standings.

It was an amazing weekend, I’m very happy. The race was very difficult, because I have some issues with the front tyre and in the last lap I pushed to get the win. It’s difficult without the slipstream on the back straight, but I was able to hold on. I’m now first in the championship and this is an amazing weekend for me. It will be my first time in Most next time, so we will see what I can do there.