Team Trasimeno Yamaha rider, Kevin Sabatucci, took his first-ever World Championship win in what was an incident-packed WorldSSP300 race at Donington Park. The 20-year-old Italian was joined on the podium by fellow bLU cRU rider, Andy Verdoïa, who rode an incredible race to come through from the back of the grid to finish second. The YZF R3 GYTR kits also enjoyed a good performance balancing to support all bLU cRU squad riders at Donington Park.

It was Verdoïa and Galang Hendra Pratama who made the running in Superpole for the bLU cRU squad, with the Frenchman qualifying in second place and the Indonesian in third. Ton Kawakami took pole position, the first for a Brazilian rider in the class, making it an al Yamaha front row for Sunday's 13-lap race.

Sabatucci also gained automatic entry to the race by qualifying tenth in Superpole, but Beatriz Neila had to fight her way through from 18th on the grid to sixth place in the Last Chance Race to secure her grid slot for the main race.There was drama before the race had even got underway, with pole sitter Kawakami and MS Racing Yamaha's Verdoïa relegated from the front row to the back of the grid for a tyre pressure infringement.

The penalty meant that Verdoïa lined up in 37th and last place for the race.It was Galang Hendra who made the early running, fighting his way through leading group to head the race on lap two. The Indonesian was joined in the leading group by Sabatucci, who'd made a good start from 10th place on grid, and former bLU cRU rider, Hugo de Cancellis.

As the front group battled for position in the early stages, with Galang Hendra leading the way, Verdoïa was scything through the field in impressive fashion. The French youngster passed 26 riders on the opening lap and was in contact with the leaders just five laps into the race. Incredibly, at half race distance, he swept past Galang Hendra to take the race lead, having passed 36 riders to get there.A seven-way battle for the win then ensued, with Verdoïa trading places with first de Cancellis and then Galang Hendra at the front of the race, with Sabatucci happy to sit further back in the group to see how things would unfold. The challenge from de Cancellis came to premature end on lap 10, when the Frenchman overshot the Fogarty Esses and crashed, taking Bruno Ieraci with him and leaving Galang Hendra once again as the race leader.

But the Indonesian's bid for victory was ended just one lap later when he outbraked himself into the Melbourne Hairpin and crashed out of the race. It was at this point that Sabatucci made his move, fighting his way through to take the lead on the penultimate lap, with Verdoïa tucked into his slipstream.

Sabatucci and Verdoïa were glued together as they started the final lap, with Kawasaki's Nick Kalinin, also a former bLU cRU rider, tucked in behind the Yamaha pair. Verdoïa looked poise to strike for the whole final lap but made no challenge for the lead having not realised that they were on the last lap of the race. At the chequered flag it was Sabatucci who held on for his, Yamaha's and the bLU cRU project's first World Championship win of the season, with Verdoïa second and Kalinin third.

Verdoïa's second place, his second podium in as many races, saw the French youngster move up to joint second in the championship, with Sabatucci's win promoting him from 21st to 10th in the standings.

Neila, still suffering the effects of a two heavy crashes in the wet on Saturday, picked up valuable experience by finishing the race in 17th position.

Galang Hendra was transported to the local hospital for a precautionary check-up that revealed the he had suffered only severe bruising to his pelvis in the crash. The Indonesian rider will be back to full fitness when WorldSSP300 returns at Portimão in September.R3 Yamaha bLU cRU challenge championship standings after 6 rounds: where all 6 riders are competing for a step up benefit:

Donington Park was a magical and unforgettable weekend. The track is amazing, and we already found a good way from the first practice on Friday. As it was my first time at this circuit, I had to work to improve some points but then, on Saturday, the rain fell during Superpole. Step-by-step I improved during the session, making no mistakes and eventually qualifying 10th on the grid. In the race I got a good start and I was able to run with the leading group and fight for the front positions quite comfortably. Riders around me were making a lot of mistakes and there were quite a few crashes in the closing stages, but I managed to take the lead and, after a crazy last lap and some crazy overtakes, I took my first world championship race win. It was also the first for Yamaha and the bLU cRU this season and a first ever world championship win for my team. It was like a dream come true and I still can't believe it. Thanks to everyone who believed in me and now we must continue to work in this way. 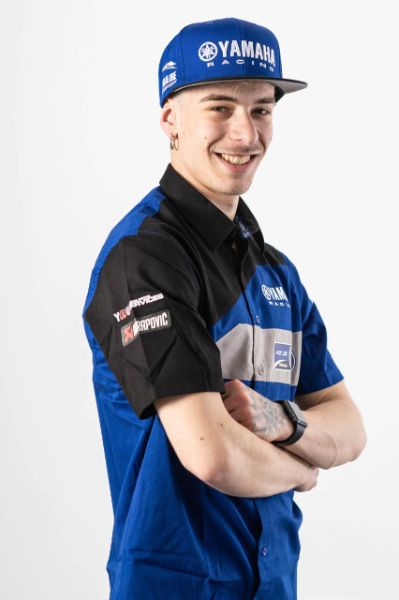 What an incredible race! Two minutes before the start I was told that I would have to start not from the front row, but from P37 right at the back of the grid. I thought to myself that all I could do was keep calm and then go full gas from the start, which is exactly what I did. By the end of the first lap I'd managed to pass a lot of riders to move up to 11th and by lap 6 I was leading the race. I thought I could win on the last lap after Kevin came past me, but I was so tired from fighting my way through the field that I didn't actually realise it was the last lap and I was surprised to see the chequered flag while lying second. Anyway, this second place was really important for my championship, as a lot of riders crashed out of the race and the 20 points meant I moved up to joint second in the standings. Thanks to Yamaha, my team, my family and my sponsors. Portimão can't come soon enough for me! 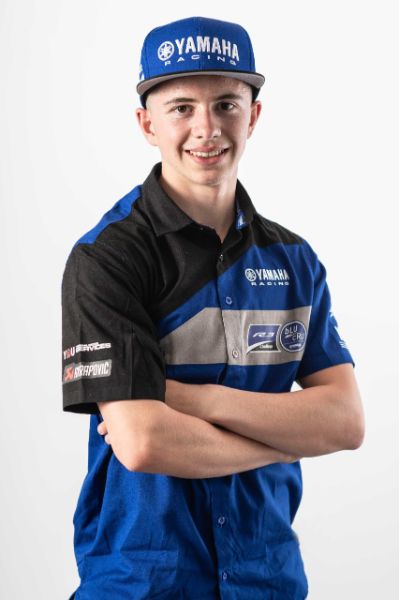 Donington was a weekend of learning for me. I started well on Friday, with a good feeling on the bike, but then the rain came on Saturday and I had two crashes in qualifying, which meant I finished outside the top 30. Luckily I managed to fight my way through to finish sixth in the Last Chance Race, learning a lot and securing a grid slot for Sunday's race in the process. In the race on Sunday I was struggling with a lot of back pain from the crashes but racing in a big group was fun and it taught me a lot. Now it's time to train hard to be ready to give my best in Portimão. 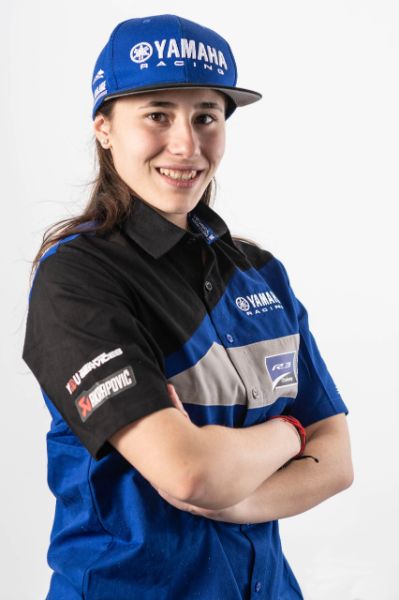 We worked really hard on the first day to find a good set-up for the dry, but then on Saturday it rained, and qualifying was held in the wet, so we had to change the plan. The team worked incredibly hard to set the bike up for the wet, so many thanks to them. In the end I was happy with my qualifying performance, which secured me a front row start for Sunday's race. In the race I tried to push as soon as I got to the front and we did manage to pull a bit of a gap initially, but then the second group arrived and that made for a little bit of drama. I tried to push again, to break the tow, but then I went a bit long at the hairpin, touched another rider and crashed. I'm a bit battered and bruised, but we have some time to recover before Portimão, where I hope to come back stronger. Donington was an incredible weekend for Yamaha and for the bLU cRU. It was a Yamaha lock out of the front row in qualifying with Andy second, Galang third and Ton Kawakami taking pole position in wet conditions. The race itself was super emotional, especially after Andy got demoted to the back of the grid. His fight through the field was incredible, while Kevin rode a really intelligent race to avoid the numerous crashes at the front in the final laps. In the end they crossed the line first and second, giving Kevin, Yamaha and the bLU cRU their first race win of the 2019 season. A great job by both young riders! Congratulations to them both and also to Team Trasimeno Yamaha on their first ever World Championship win.Beatrix rode superbly in the Last Chance Race to secure her place on the grid for Sunday's main race, which she finished in a creditable 17th position despite suffering the effects of two crashes in the wet conditions on Saturday. It was shame for Galang, who lost the chance of a podium finish with just two laps to go, having shown such huge potential throughout the race. Both Finn de Bruin and Jacopo Facoo were unlucky to miss out on qualifying for the main race, but we know they will be back stronger in Portimão and ready to fight once again.I am happy to see our bLU cRU project succeeding in its aims. It's the best platform for young riders stepping up to the world stage, not just in terms of the results they can achieve, but also with what they experience as part of the journey. We are proud of all our riders and thankful the support of everyone who has made this project successful. Now we have some time before the next race in Portimão but we won't be resting on our laurels, but rather we'll be working hard to make sure we're even stronger at the next race. We will be ready!