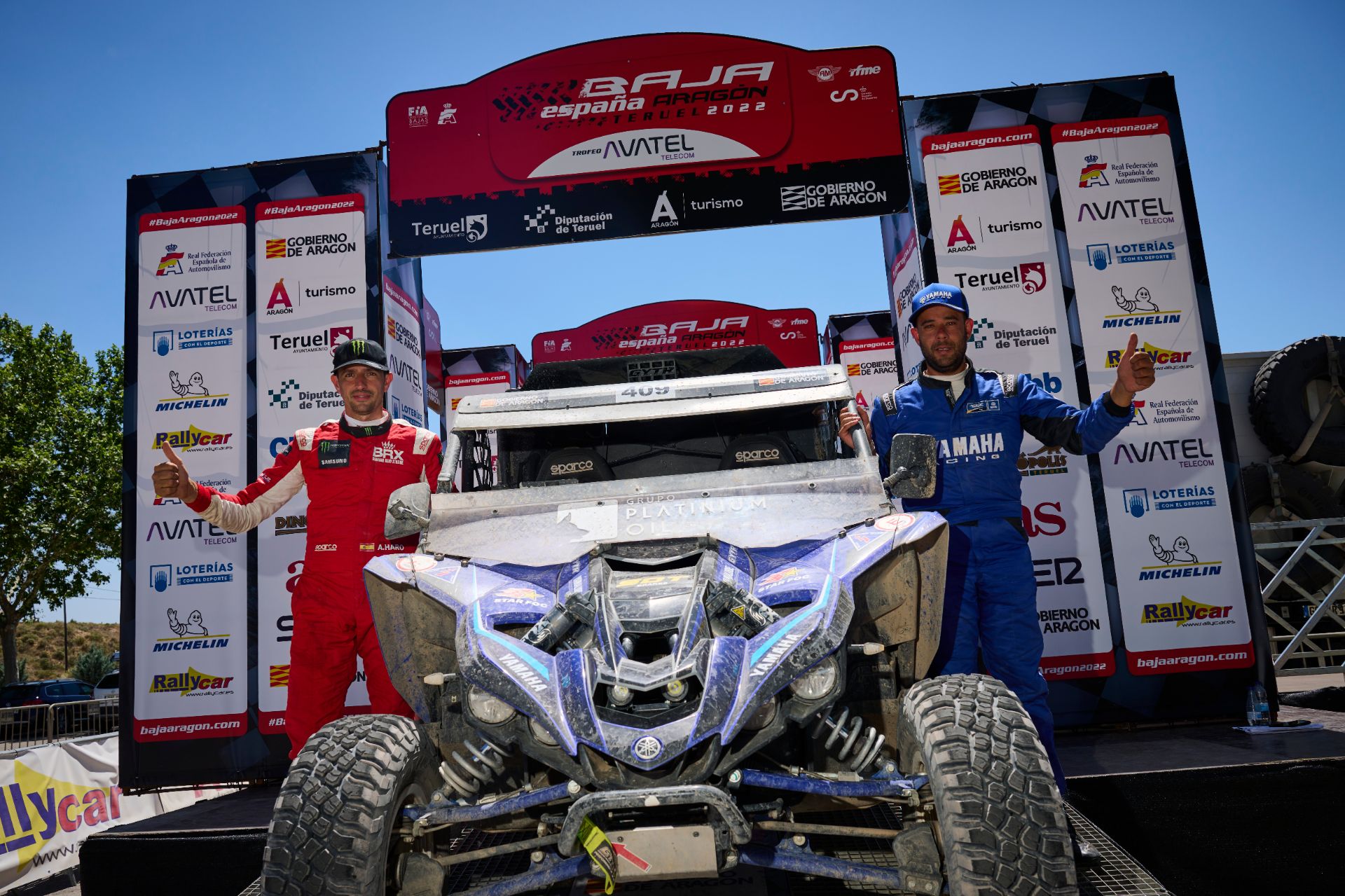 Miquel Prat and Alex Haro finished as the leading Yamaha team at the Baja Aragon to secure the second of three wildcards available in 2022 for the YXZ1000R European Cup SuperFinale that takes place at the Baja Portalegre 500 on the 27th-29th of October.

Yamaha Spain was one of the main protagonists during the 38th edition of the Baja Aragon, a historic event that counts toward both the FIA Cross-Country Bajas World Cup and the Spanish Off-Road Rally Championship (CERTT), held last weekend on the challenging tracks of Teruel.

The heatwave that hit Spain this July added an extra degree of difficulty to the ever-demanding Baja Aragón, which presented a formidable challenge to drivers and their machines as they took on over 500km of extreme terrain.

One of the Baja Aragón 2022 was the T4 class, which saw Miquel Prat, accompanied this time by Àlex Haro - Nani Roma's regular co-driver – fight against some of the best international drivers in the sport in their GYTR-kitted YXZ1000R. Prat started the race by showcasing his machine's potential in the first 180 km special stage, where he beat all the lighter vehicles to climb to eleventh place. Their pace was so impressive that they managed to set the overall fastest times in some sections, even ahead of Nasser Al-Attiyah, the race's overall winner.

Prat and Haro kept their momentum during the 222km second stage until a puncture and brake problems forced them to slow down, losing time and consequently dropping to fifth in the T4 category. This warning on Saturday prompted them to adopt a more conservative driving style on Sunday in the last competitive stage of the rally, with the duo bringing it home to consolidate their position in the top five of the world championship and secure second place in the Spanish T4 Cup, which Prat now leads by 11.44 points. The good news does not end here for the Catalan because, as the fastest Yamaha driver of the Baja Aragon, he received an invitation from Yamaha Motor Europe to compete in the YXZ1000R European Cup SuperFinale at the sixth round of the FIA Cross-Country Bajas World Cup in Portugal. 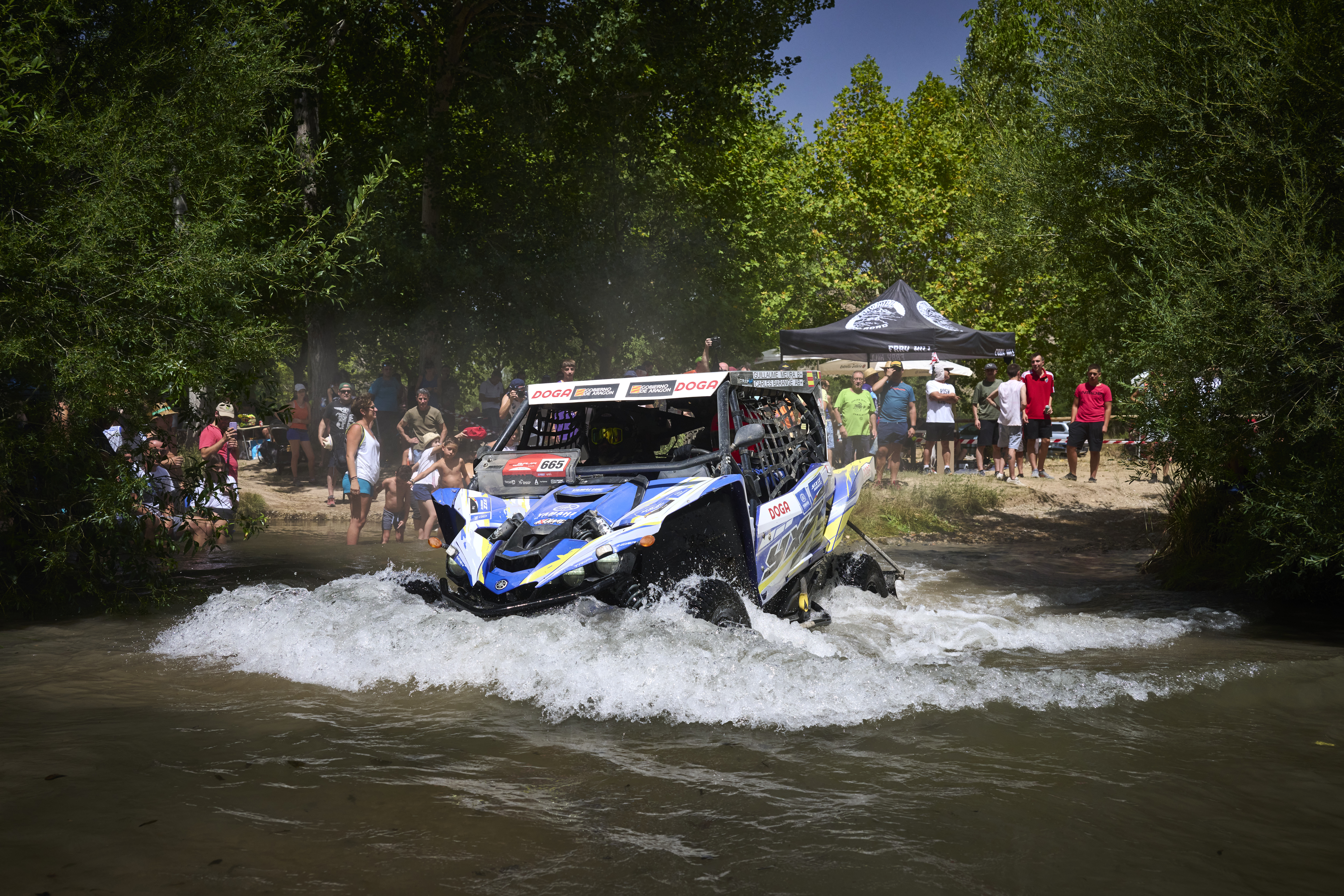 There was early drama in the Yamaha YXZ1000R European Cup, as the leaders of the overall standings, Agustín González and Rubén Díaz were forced to retire during the first stage due to an electrical failure, a warning to all of the competitors just how harsh the conditions were. This retirement saw a battle for victory emerge between the pairing of Luis Sainero and Amir Kouch and the brothers Edesio and Juan José Caamaño. The two teams fought right to the end, exchanging fastest times between them before Sainero and Kouch eventually took the win just 90 seconds ahead of their rivals.

Third place went to Oriol Cañellas, son of the legendary motorbike and rally driver Salvador Cañellas, and Carmelo Moliné, who was making his debut in the championship. The trophy ceremony was also tinted with Yamaha blue beyond the YZX1000R Cup, as the top two finishers added second and third place in the Spanish SSV Championship to their triumphs.

These results cause a turnaround in the overall standings of both competitions. In the YXZ1000R European Cup, the Caamaño brothers are the new leaders with 15.66 points ahead of Sainero and Kouch, with Agustín González and Rubén Díaz relegated to third place after their first retirement of the season. In the Spanish SSV Championship, the champions of the 2021 YXZ1000R European Cup SuperFinale, Sainero and Kouch, inherit second place behind Ricardo Sánchez and Julián Villarubia, who has a 28.55-point advantage with four races still to go.

The CERTT and the YXZ1000R European Cup now take a one-month summer break before resuming action at the Zuera TT Rally on the 16th-18th of August, which will mark the halfway point of each championship. 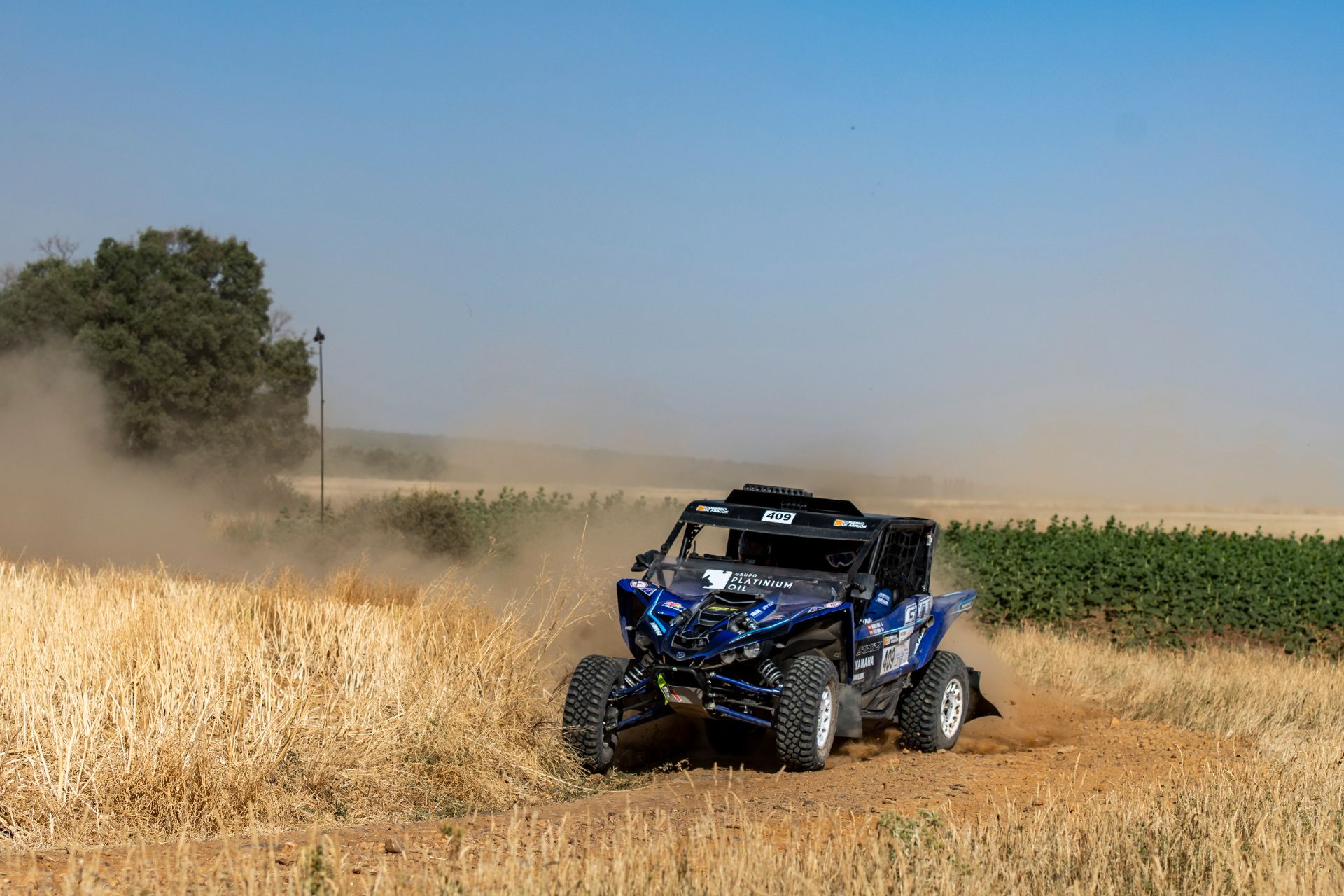