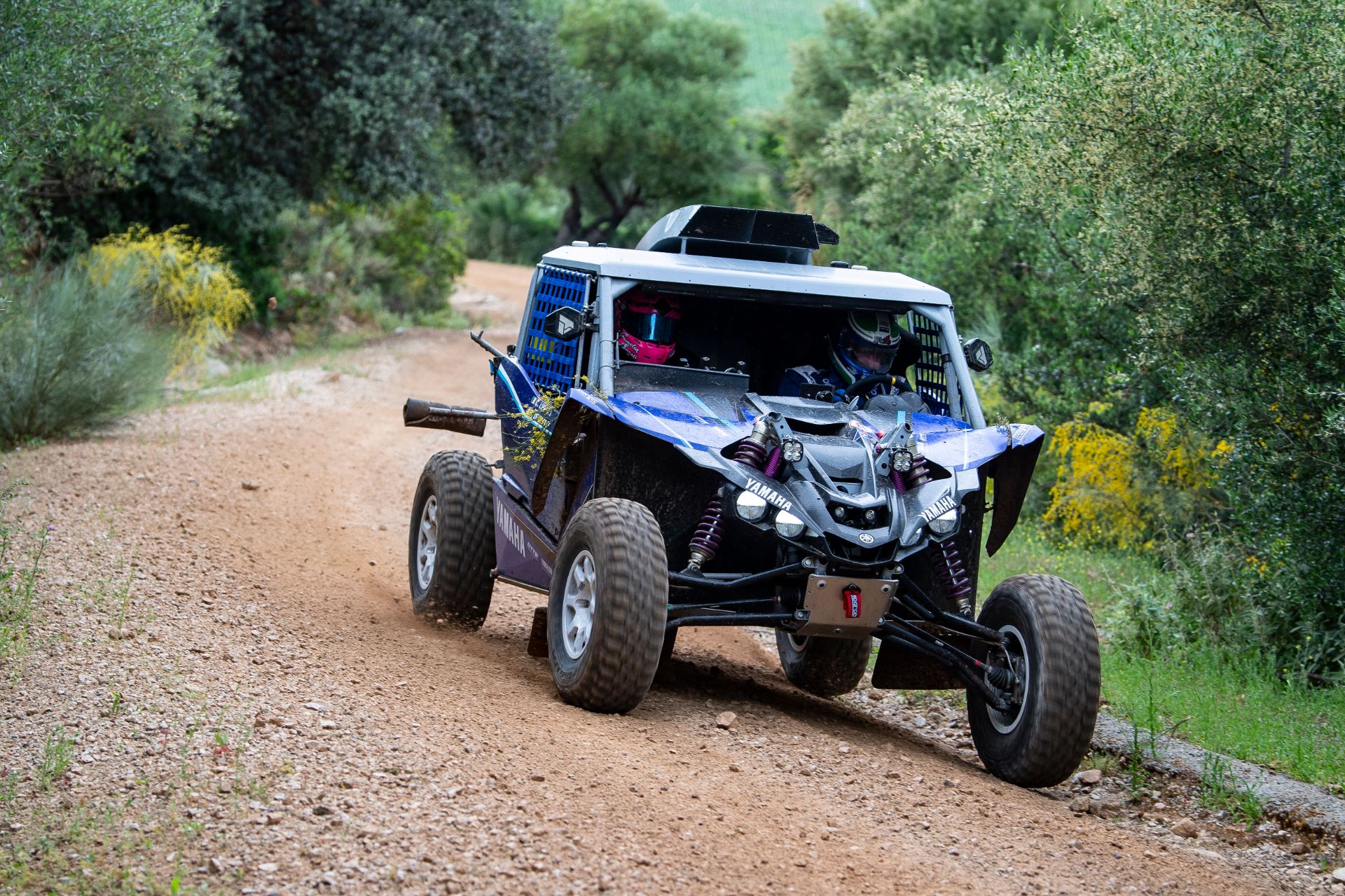 The Yamaha YXZ1000R prototype will be back in action for the first time since the Dakar, as the X-raid Yamaha Rally Racing Supported Team head for the Andalucía Rally, which takes place from 12 - 16 May. Six-time FIM Women's Cross-Country Rallies World Cup winner, Camelia Liparoti, will be co-driver for President & CEO of Yamaha Motor Europe, Eric de Seynes, who will be making his race debut behind the wheel of the YXZ1000R prototype.

After a successful Dakar Rally, where Camelia Liparoti and co-driver Annett Fischer scored a superb second-place finish in the FIA T3 category and won the T3.1 Lightweight Prototype class, the Andalucía Rally will mark the newly-developed Side by Side’s next competitive outing. At this event, the YXZ1000R prototype will be put through its paces across one prologue and four challenging stages around the Cadiz region in Southern Spain.

Although similar in appearance to the YXZ1000R on which it is based, the prototype boasts a longer wheelbase, a new tubular chassis, reinforced and longer front and rear suspension arms, a new braking system, and includes an array of GYTR engine parts to further enhance performance.

Since the podium finish in the Dakar Rally, there have been some further developments and modifications made to the YXZ1000R prototype, to ensure it complies fully with the FIA technical regulations for the T3 class, which are slightly different compared to the regulations at the Dakar.

The team that Eric de Seynes and Camelia Liparoti will drive for, six-time Dakar winners X-raid, have been the driving force behind the YXZ1000R prototype’s development, and have long-established themselves as one of the leading Rally Raid teams over the past two decades. With 12 FIA Cross Country Rallies World Cup titles, the German outfit took a second-place finish in the Car category of the Andalucía Rally last year.

Alongside the X-raid developed prototype, several YXZ European Cup crews will also be in action at the Andalucía Rally. On offer for these participants is a wildcard entry into the 2021 SuperFinale in Portalegre, Portugal, where they will have the opportunity to compete for a range of prizes.

The Andalucía Rally, which is run by the ASO and ODC for the European round of the FIA Cross Country Rallies World Cup, is set to get underway with the prologue on 12 May, before four days of action around the Spanish countryside, starting and finishing each day in the permanent bivouac, which is located outside Villamartin.

I have had many opportunities to race with the standard YXZ1000R since 2017, but the Andalucía Rally will be my first time racing the prototype version. I am looking forward to the experience, as the X-raid YXZ1000R certainly impressed on its debut in the Dakar Rally, where my co-driver Camelia raced it to second place in the T3 category. The development process has advanced since then, with X-raid reacting to the lessons learnt at both Baja Hail and the Dakar, and I'm keen to see how much of an improvement these changes have brought. In Andalucía we will also be racing alongside a large contingent of YXZ1000R Cup competitors, all of whom are competing for the first wild card place at the 2021 SuperFinale. It will be great to be a part of this close-knit racing community once again, after missing out due to the disruption caused by the pandemic last year.

The YXZ1000R prototype that Eric and I will be driving is almost exactly the same as the one I raced in the Dakar Rally, but with further improvements. It will be slightly heavier due to the T3 regulations; while the Yamaha can weigh 800kg when racing in the T4 class, it must weigh 900kg under the T3 regulations. As co-driver my goal is to update my navigation skills in order to reach the finish line in a solid position in the rankings. It will be a challenging rally, as it forms part of the Cross Country Rally World Cup and features some of the most experienced competitors in the sport. Alongside the main event in Andalucía, we will also be running the YXZ Academy, giving special attention to our YXZ teams with the provision of a dedicated instructor for navigation, safety and general race preparation.