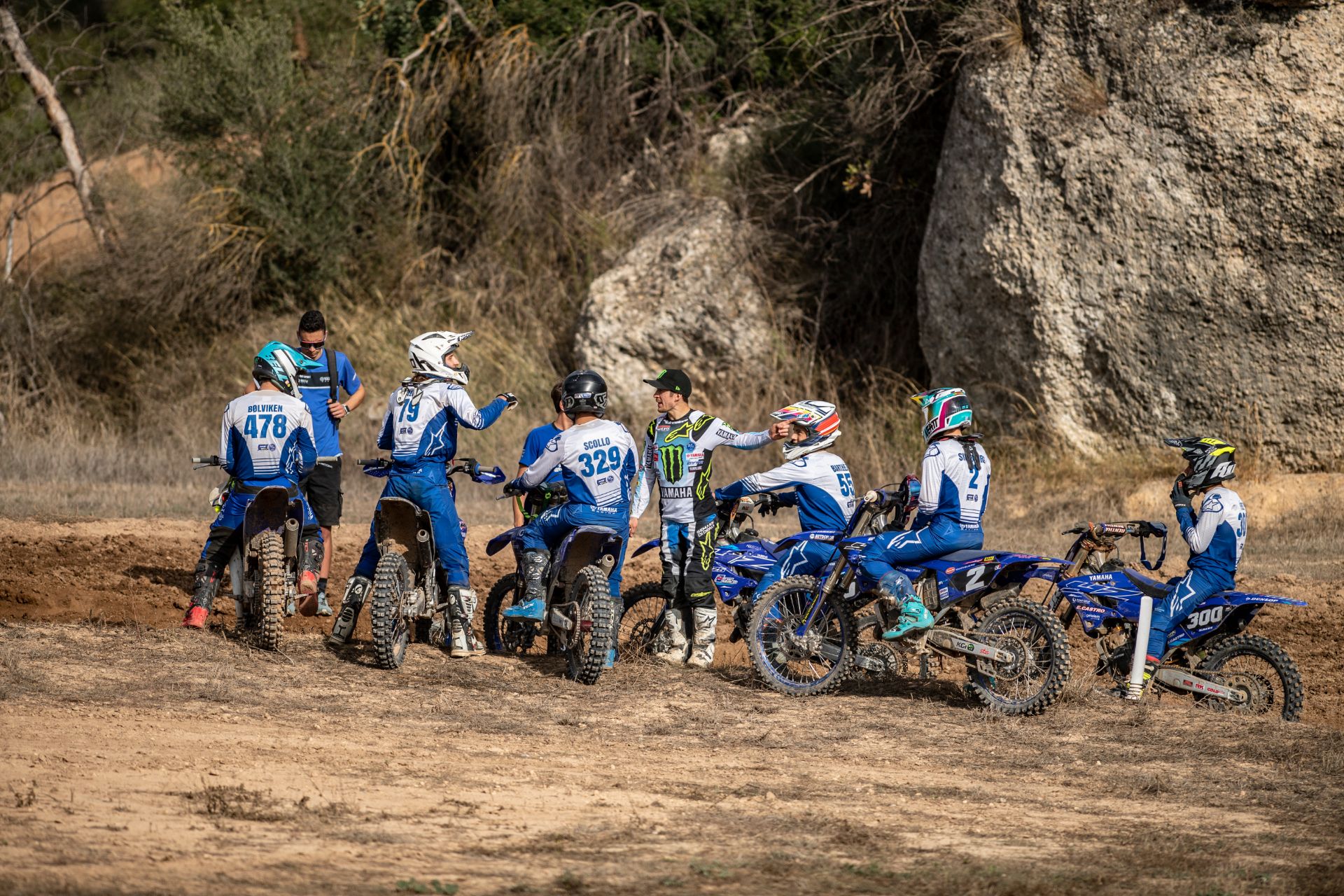 An exciting first day on track at the bLU cRU Masterclass in Tarragona, Spain, is complete. 16 young riders from eight different countries have enjoyed the chance to learn from Monster Energy Yamaha Factory MXGP’s five-time MXGP runner-up Jeremy Seewer and bLU cRU Rider Coach Brian Jorgensen, while showcasing their skills in an effort to win their category in the 2022 YZ bLU cRU FIM Europe Cup. Here are 10 of our favourite shots from the day! 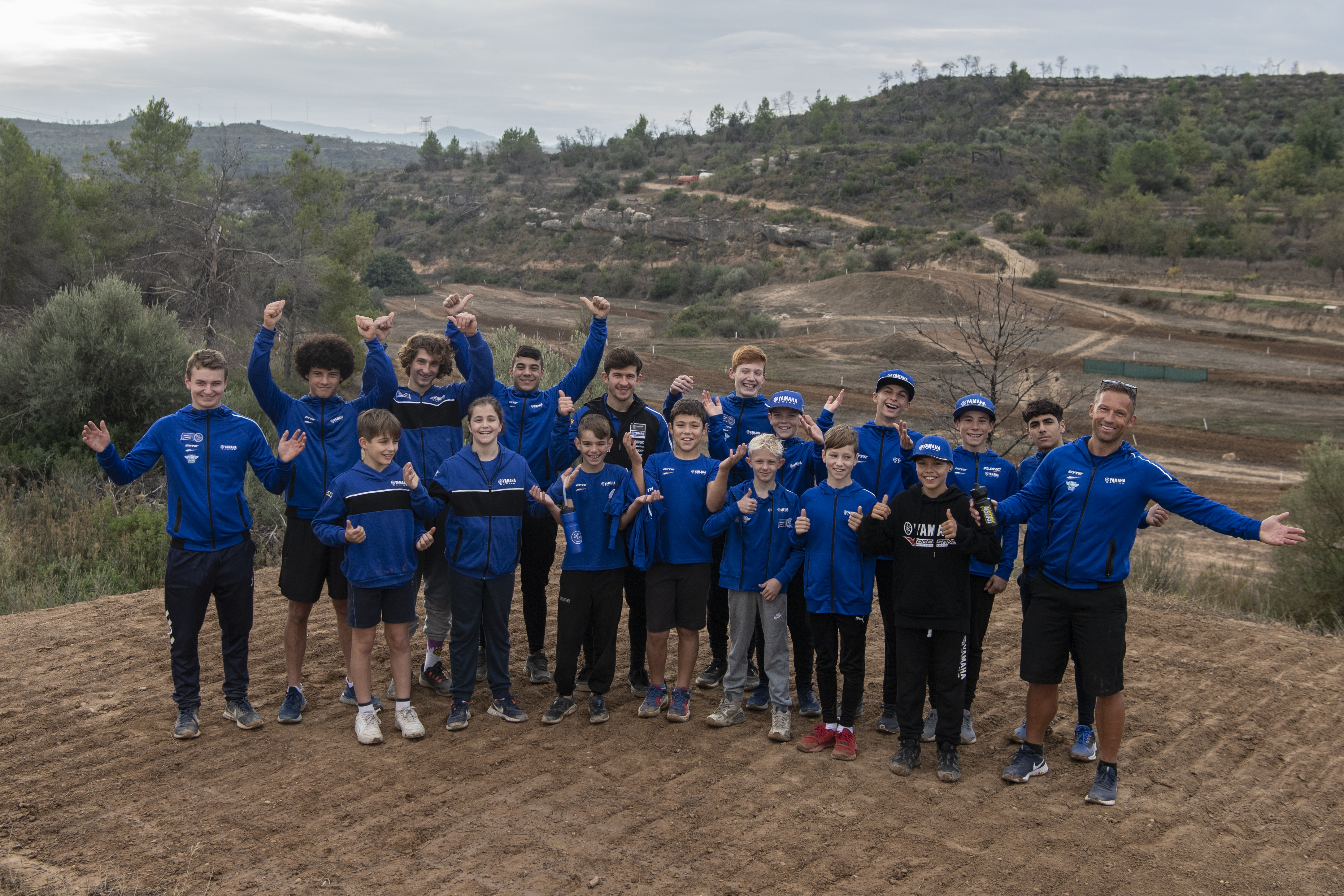 Introducing the class of 2022! 16 young Yamaha riders between the age of 10 and 16 received an invite to the bLU cRU Masterclass through their efforts in their National Championships and at the 2022 bLU cRU FIM Europe Cup SuperFinale that took place at the MXGP of Charente-Maritime in Saint Jean d’Angely, France. 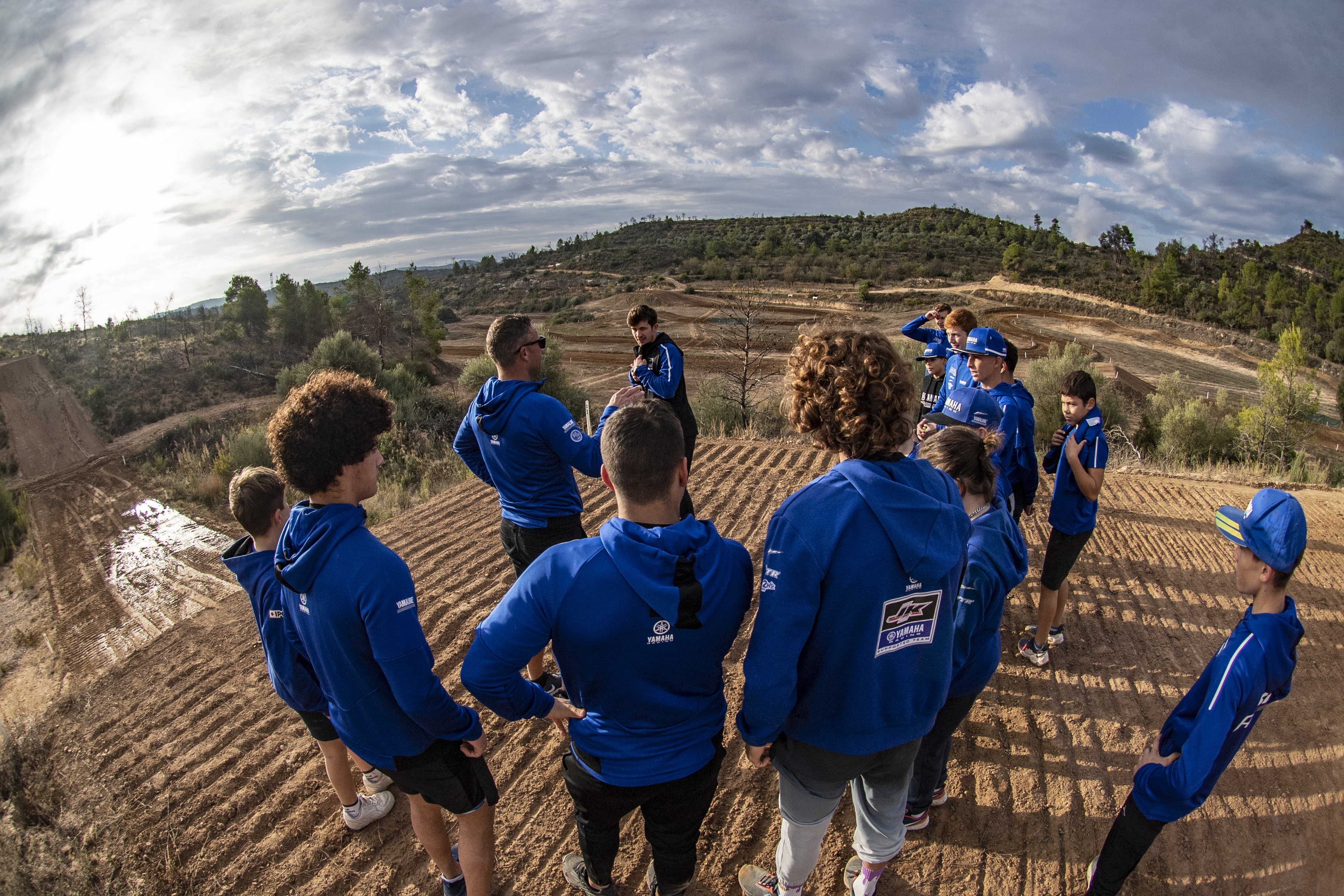 The day started with a walk around the spectacular CDG MX Retreat Track, which was used to not only warm up, but to learn from the best how to read a track before riding it. 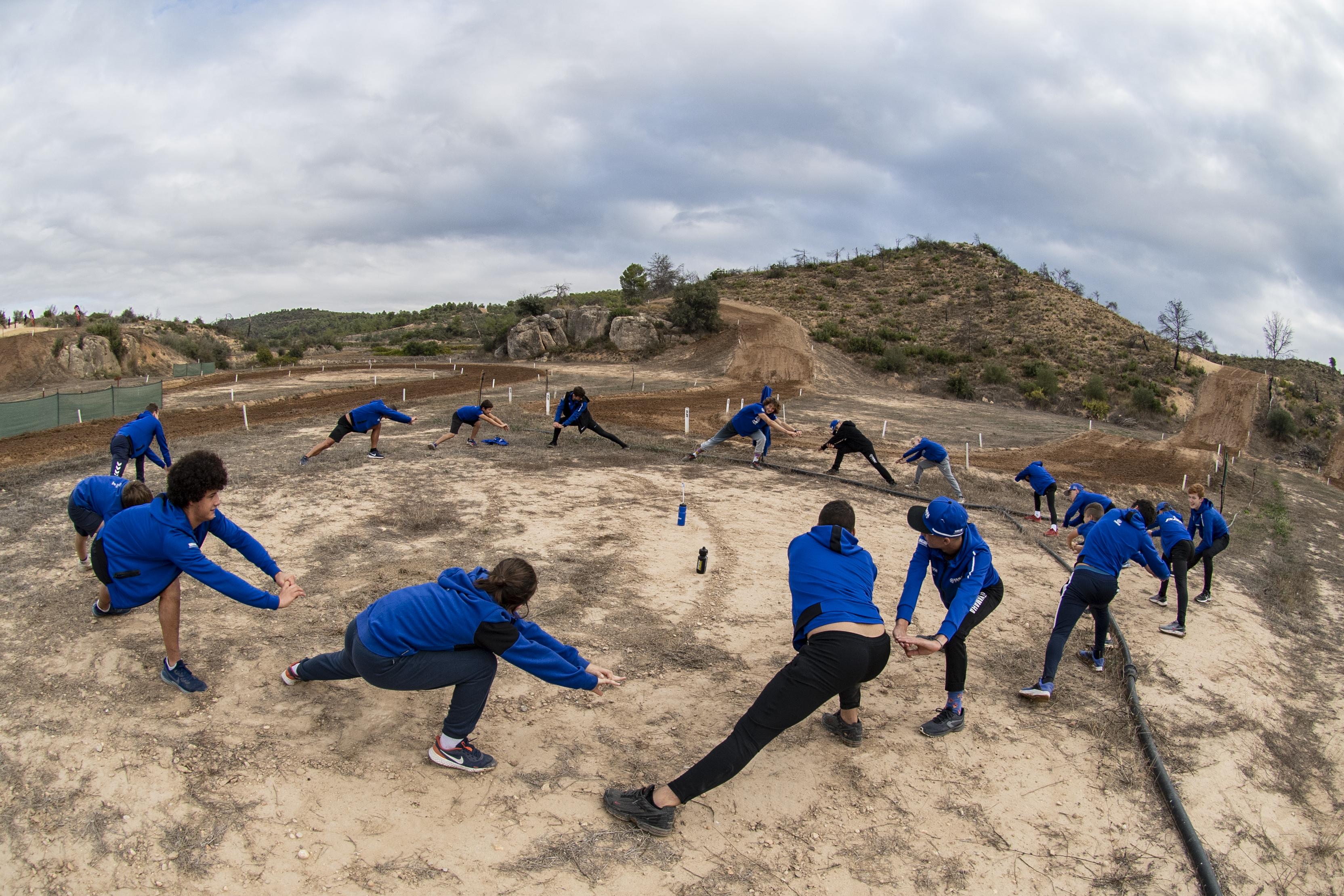 Warming up and stretching is an important aspect of becoming an elite athlete, as it improves movement in the joints and is believed to reduce the risk of injury and delayed onset muscle soreness. 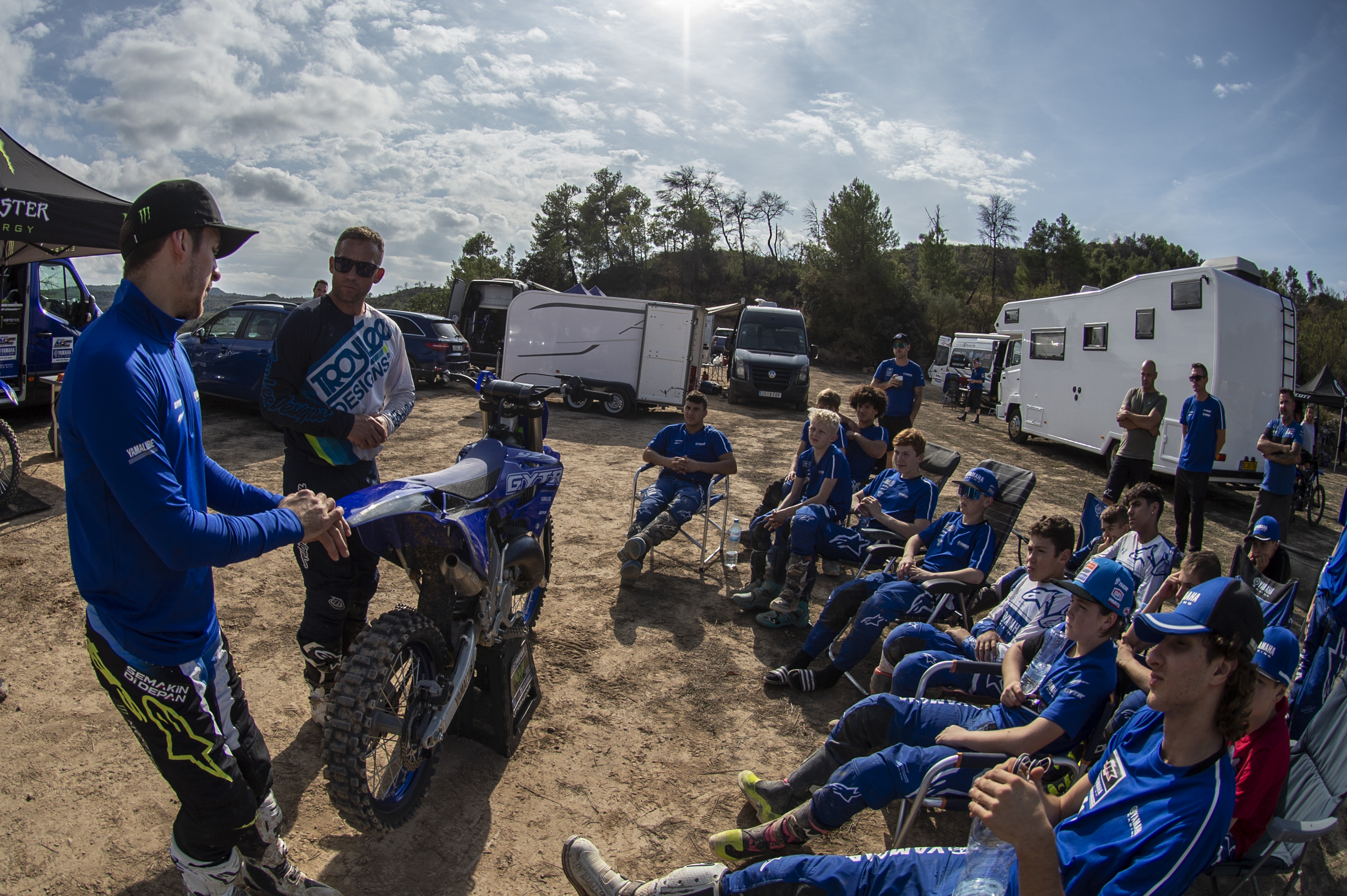 Throughout the two-day event, the ambitious young riders can refine their skills with expert help and advice from Jeremy Seewer and Brian Jorgensen. Some of the key topics today were bike set-up and body position. Bike set-up can help get the absolute best out of a rider as it will make them more comfortable and confident on the bike, while body position is crucial to being, not only fast, but safe and in control. 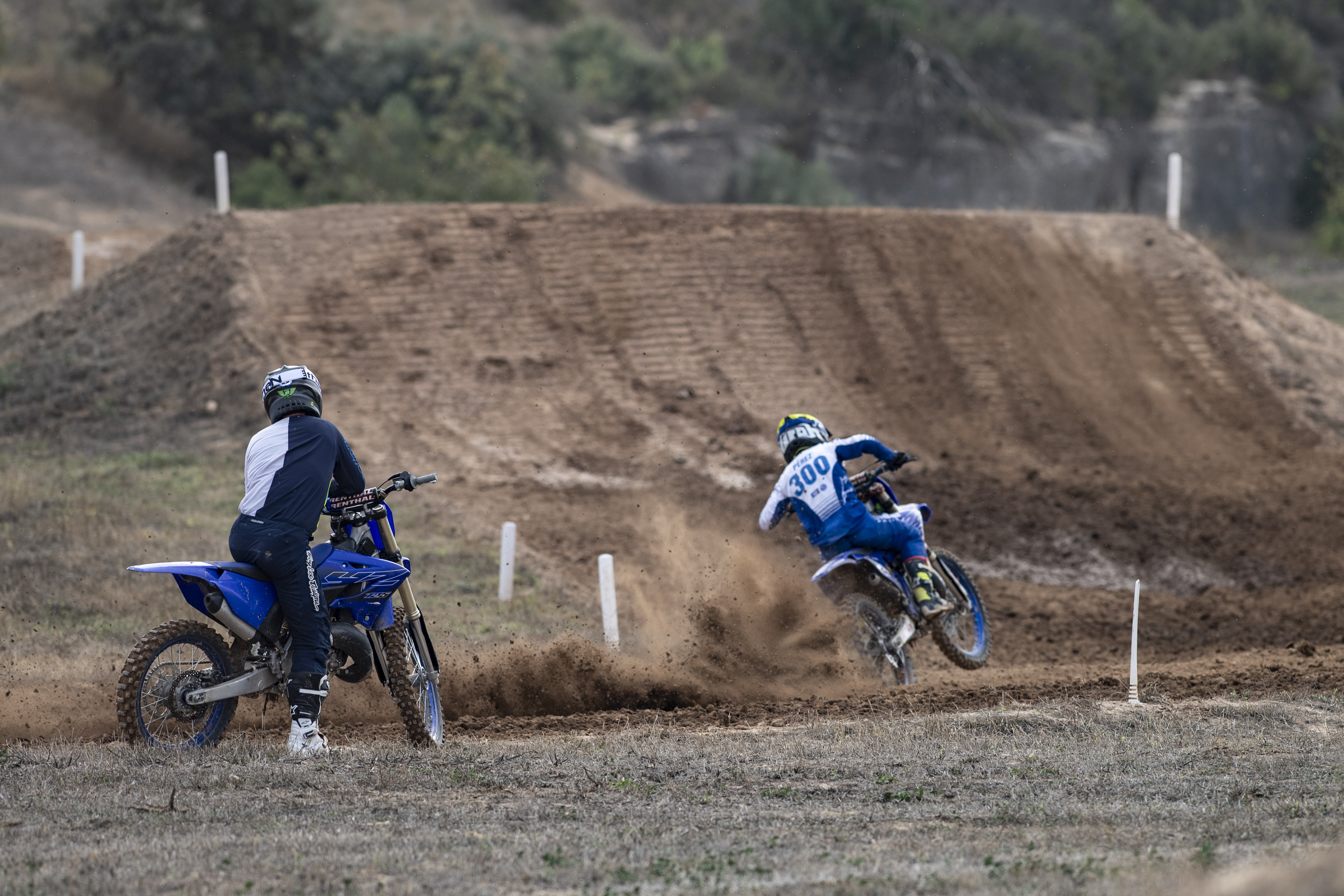 During the Masterclass, the riders will be observed and assessed on their full package as a future Yamaha Motor Europe supported rider. This means a rider needs more than talent. For example, they need to have a positive attitude, the ability to adapt, determination and a keen willingness to learn, and these are just to name a few of the qualities that make a top rider. 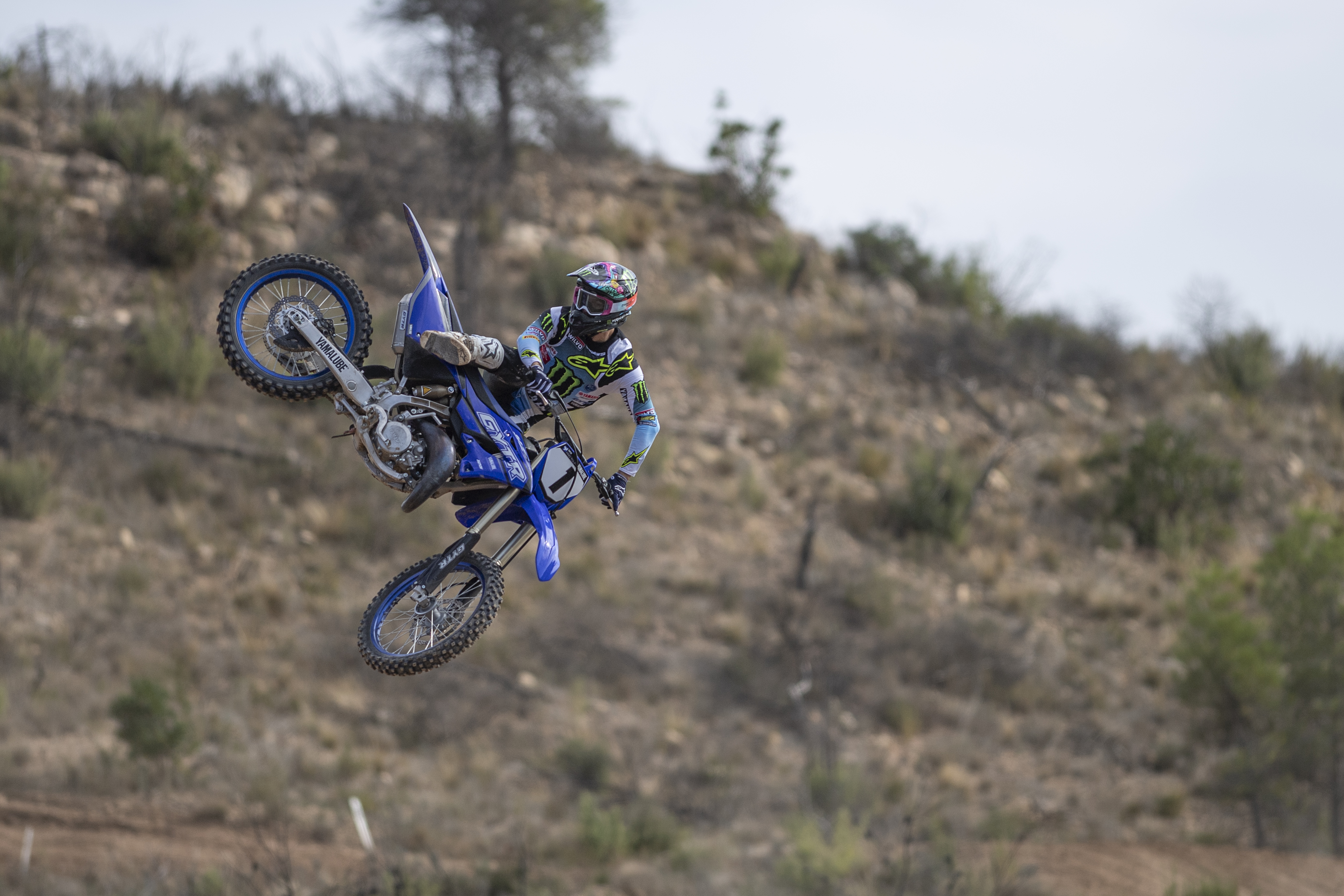 The winner of the YZ125 category will secure a place on a Yamaha Supported team, where they will race a GYTR-kitted YZ125 in the 2023 EMX125 Championship. (Pictured above, Jeremy Seewer onboard a 2023 GYTR kitted YZ125). 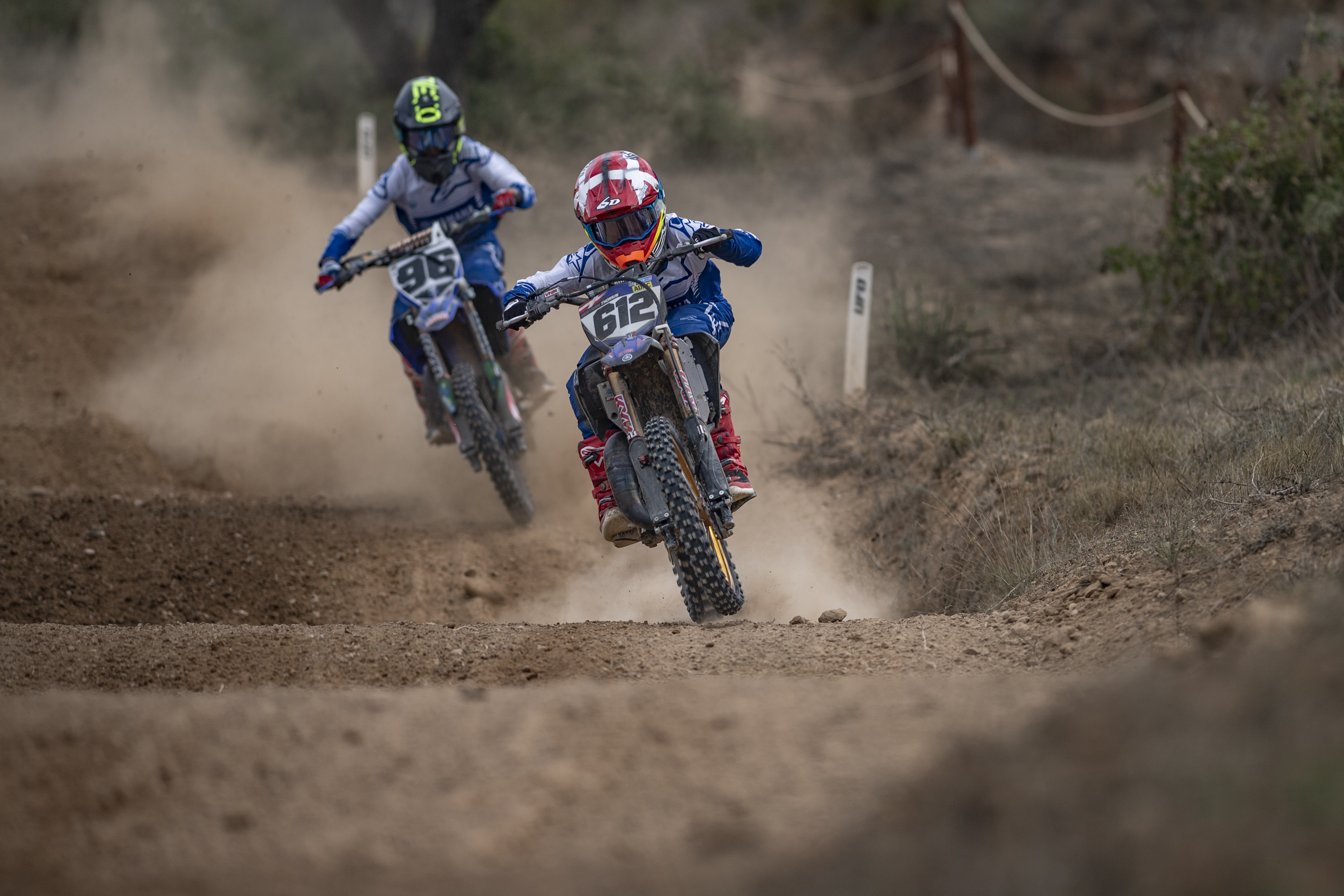 While the YZ65 and YZ85 winners will receive valuable support from Yamaha Motor Europe for their 2023 campaigns. All three winners will be announced on 15th November 2022. (Pictured above; Bertram Thorius #612 & Dani Tsankov #96) 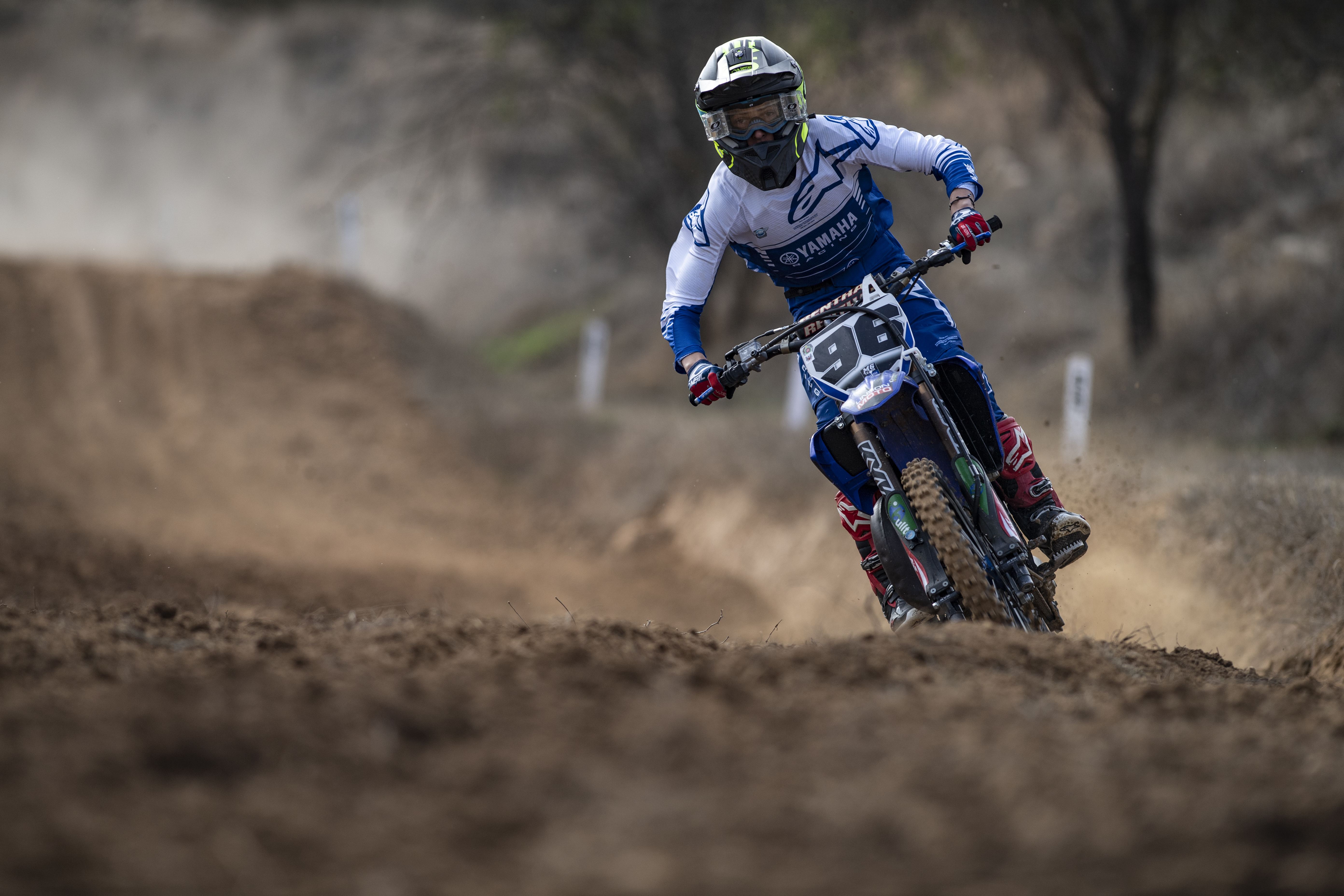 Last year’s YZ65 bLU cRU FIM Europe Cup SuperFinale runner-up, Dani Tsankov made a fluid transition to the YZ85, and with less than a year on the bigger bike, he earned an invite to this season's Masterclass with a stunning victory at the YZ85 Cup SuperFinale. 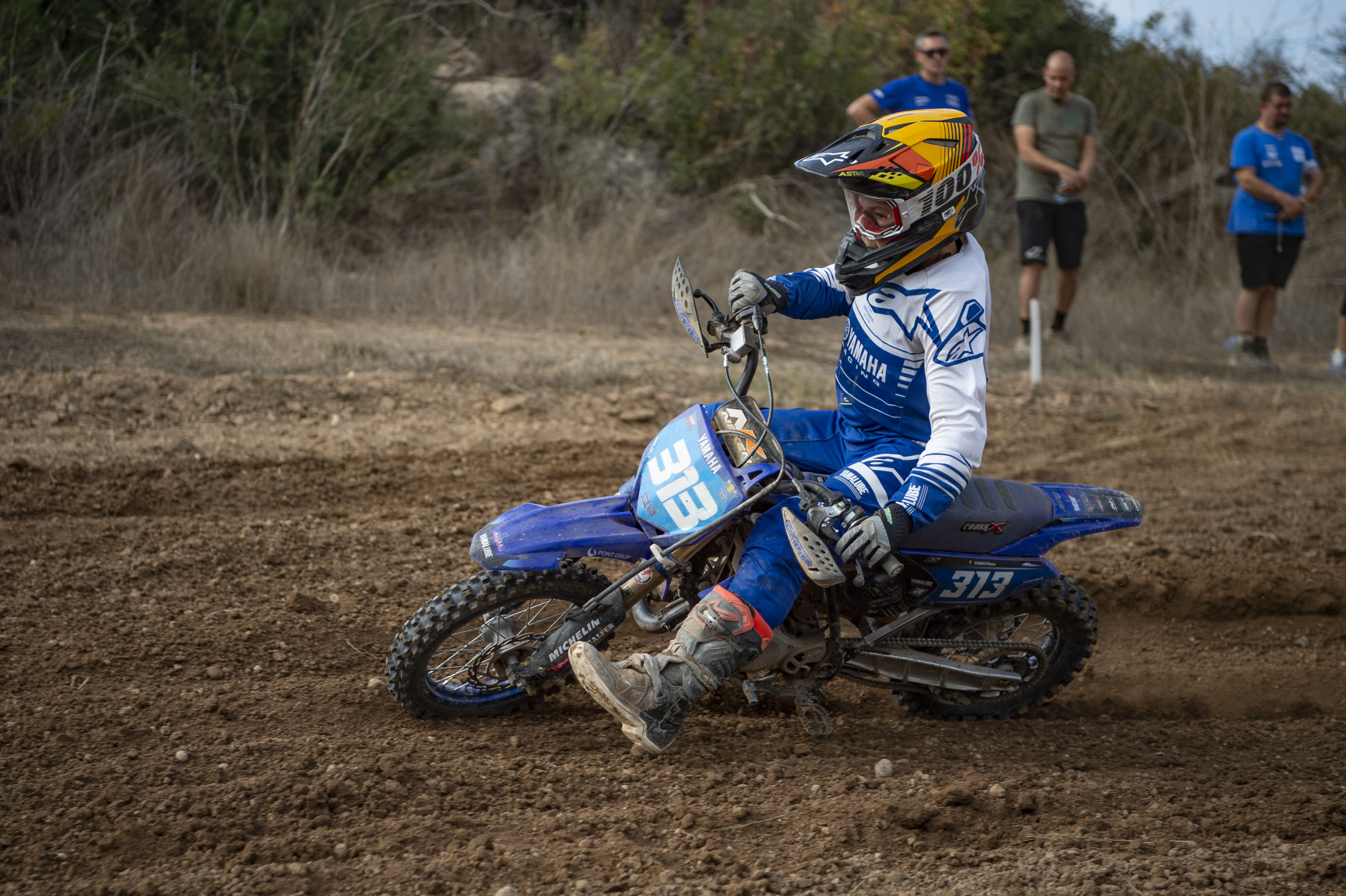 It’s worth noting that kids as young as eight-years-old are eligible to enter the YZ bLU cRU FIM Europe Cup. This year, our youngest rider to make the final phase of the competition is Esteve Abella from Spain. The talented little YZ65 rider recently turned 10 and has already shown some incredible speed and determination. 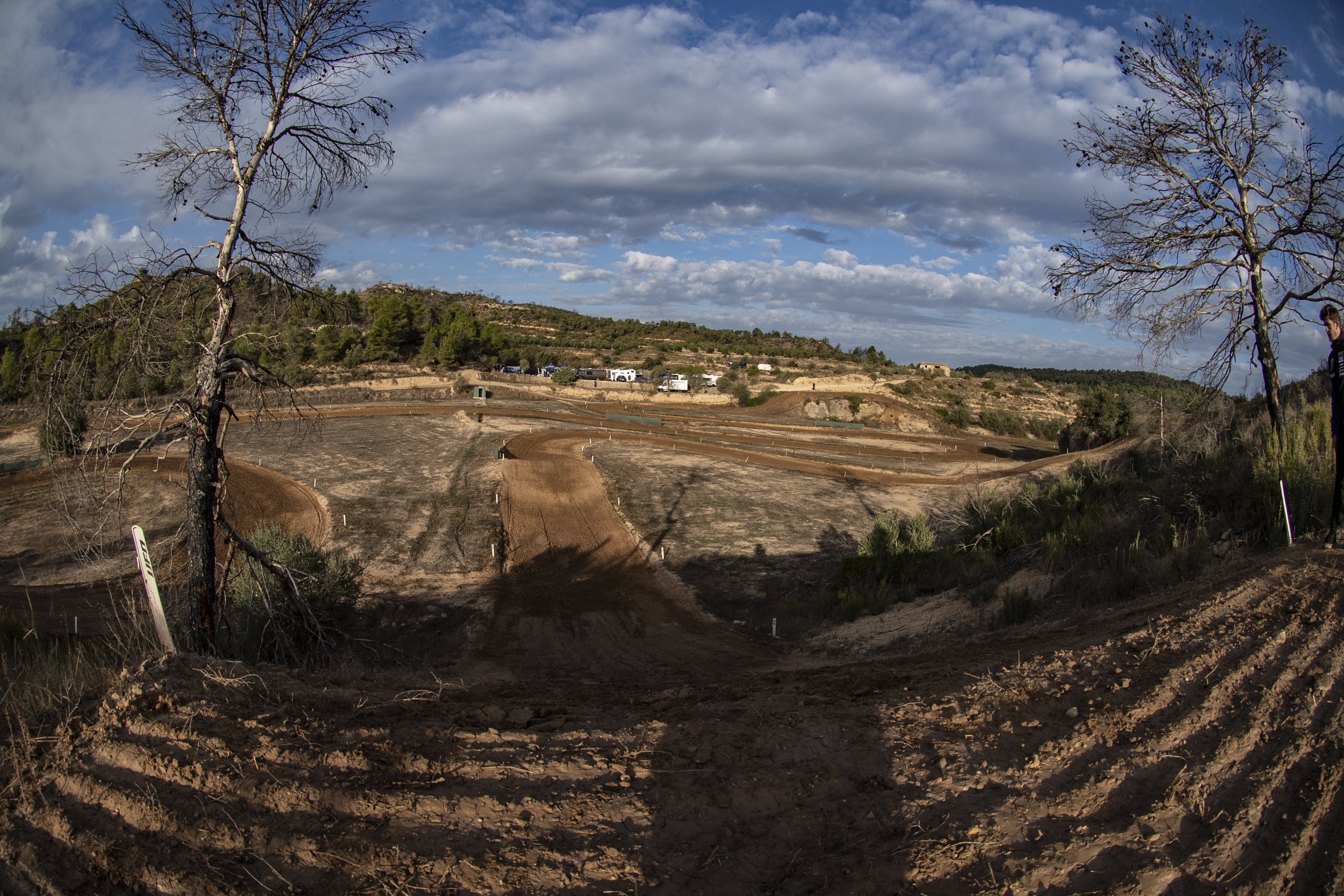 Day one of the Masterclass has confirmed the growth of the YZ bLU cRU FIM Europe Cup program with all 16 riders showing huge potential. Now, they will enjoy a nice dinner together with the coaches and Yamaha Motor Europe personnel and set about getting a good night’s rest to be ready for another day of action tomorrow!