Yamaha Germany held their third annual YZ bLU cRU camp with 24 young riders taking part in the two-day event at MCC Schenkenhorst on the 25th and 26th of June.

Glorious weather greeted the invited YZ bLU cRU Europe Cup riders for the weekend in Germany, although the hot conditions created challenging conditions for the talented group of youngsters. The two-day camp organised by Yamaha Germany was open to all bLU cRU competitors and saw riders ranging from 8-16 years old take up the invitation, with ten from the YZ65, nine from the YZ85, and five from the YZ125 classes, joining in the action. While they may compete against each other on the track, there was an incredibly friendly atmosphere at the camp, with the riders joined by their families for the duration of the event.

Passing on their vast knowledge and experience were the bLU cRU coaches, six-time German MX Champion Bernd Eckenbach, eight-time German MX Ladies Champion Larissa Papenmeiher, and German ADAC MX Youngster Cup rider Roel van Ham. They ensured that all the riders received expert tuition, as they worked closely with them to improve their skills by focusing on each section of the track at a time and how best to approach it. The goal of the bLU cRU program is not just to give youngsters the chance to learn on the bike but also to educate and help prepare them for competing at a professional level. Several technical workshops were held over the weekend, covering everything from setting up your bike for different conditions to nutrition and training advice and how best to physically and mentally approach a race.

One of the camp's aims was to prepare the riders in case they qualify for the SuperFinale at the end of the season, so the coaches held timed practice sessions on Sunday to give them an insight into what it would be like to take part in an MXGP race weekend. In 2022, the YZ bLU cRU Europe Cup sees 395 riders competing in 21 countries across Europe in their respective national 125cc, 85cc, and 65cc championships, with the points they score also counting towards their classification in the Cup. The top 40 from each of the three classes across Europe are then invited to race at the YZ bLU cRU FIM Europe Cup SuperFinale, which will take place at the MXGP of Charente Maritime, France, on the 19th-21st of August. 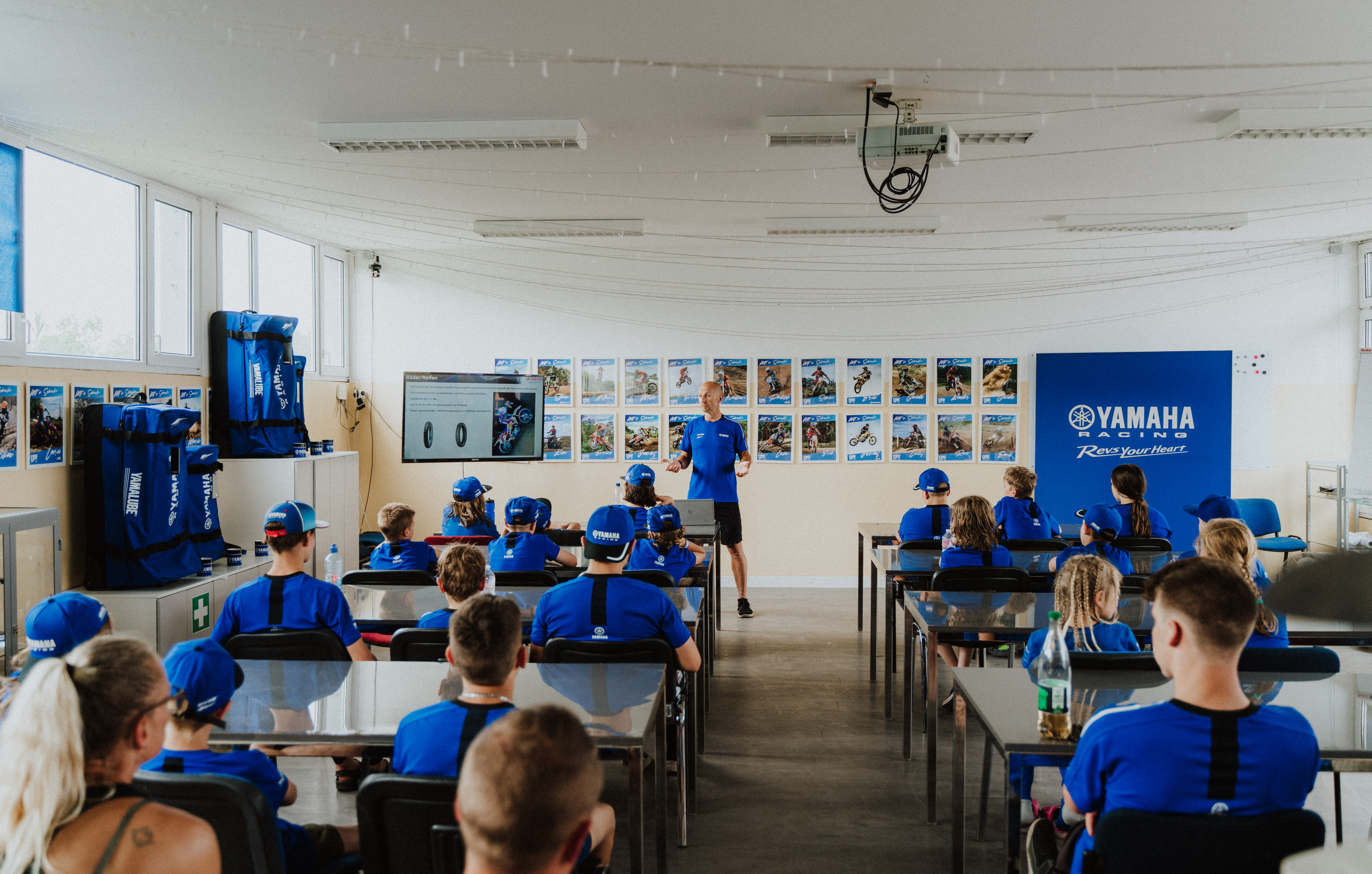 The top three finishers and two wildcards from each class at the SuperFinale will earn a place at the prestigious Yamaha bLU cRU Masterclass at the end of the year. At this event, the selected riders are put through their paces under the watchful eye of Yamaha's factory MXGP and MX2 riders, before the winners are chosen. One YZ125 rider will receive the ultimate prize of a ride with a Yamaha Motor Europe supported team in the 2023 EMX 125 Championship. In addition, one rider from each of the YZ65 and YZ85 categories will be selected to receive additional Yamaha support and GYTR parts for the following season.

The camp was not just about giving the riders a taste of what it takes to become professional; it was also about giving them an experience they will never forget. During the two days, as well as the lessons on and off track, there were several fun activities for the youngsters to participate in. One of the highlights was the PW50 race which saw some bar-to-bar action as they battled it out for the coveted “2022 King of the Blue Ananas” trophy. The camp ended with a special prize-giving ceremony, with the Young bLU cRU riders having experienced a weekend to remember.

“The annual Yamaha Germany YZ bLU cRU camp was another success. It is great to see so many young riders accept the invitation to come and learn from some of the best coaches in the business. The camp aimed to not only help the riders improve and give them some experience of what they can expect at the SuperFinale but, in true bLU cRU fashion, also to ensure they had fun. I think every rider will take something different away from the two days. We want to thank Weber Werke GmbH for their support in supplying each rider with a free tent, the SHR Motorsports Team for providing excellent hospitality, and the local MX club who even provided a small pool for everyone to cool off in, all of which helped to create a real family atmosphere at the event.”

“The camp was a lot of fun, and the coaches did a great job of ensuring the youngsters enjoyed themselves while also passing on their invaluable expertise in all areas. You could see how much each of the riders improved over the two days, and it was impressive how focused and determined to learn they all were. All of these riders are competing for the chance to race at YZ bLU cRU FIM Europe Cup SuperFinale, and the timed practice sessions on Sunday gave them an idea of what to expect if they qualify to race at the MXGP of Charente Maritime. The technical workshops were equally important, giving them practical advice and advice that they can take and use to make a difference when they race. Overall, the best part of the camp was the fact there were so many happy young riders; everyone had a great time, and hopefully, a lot of great memories were made.” 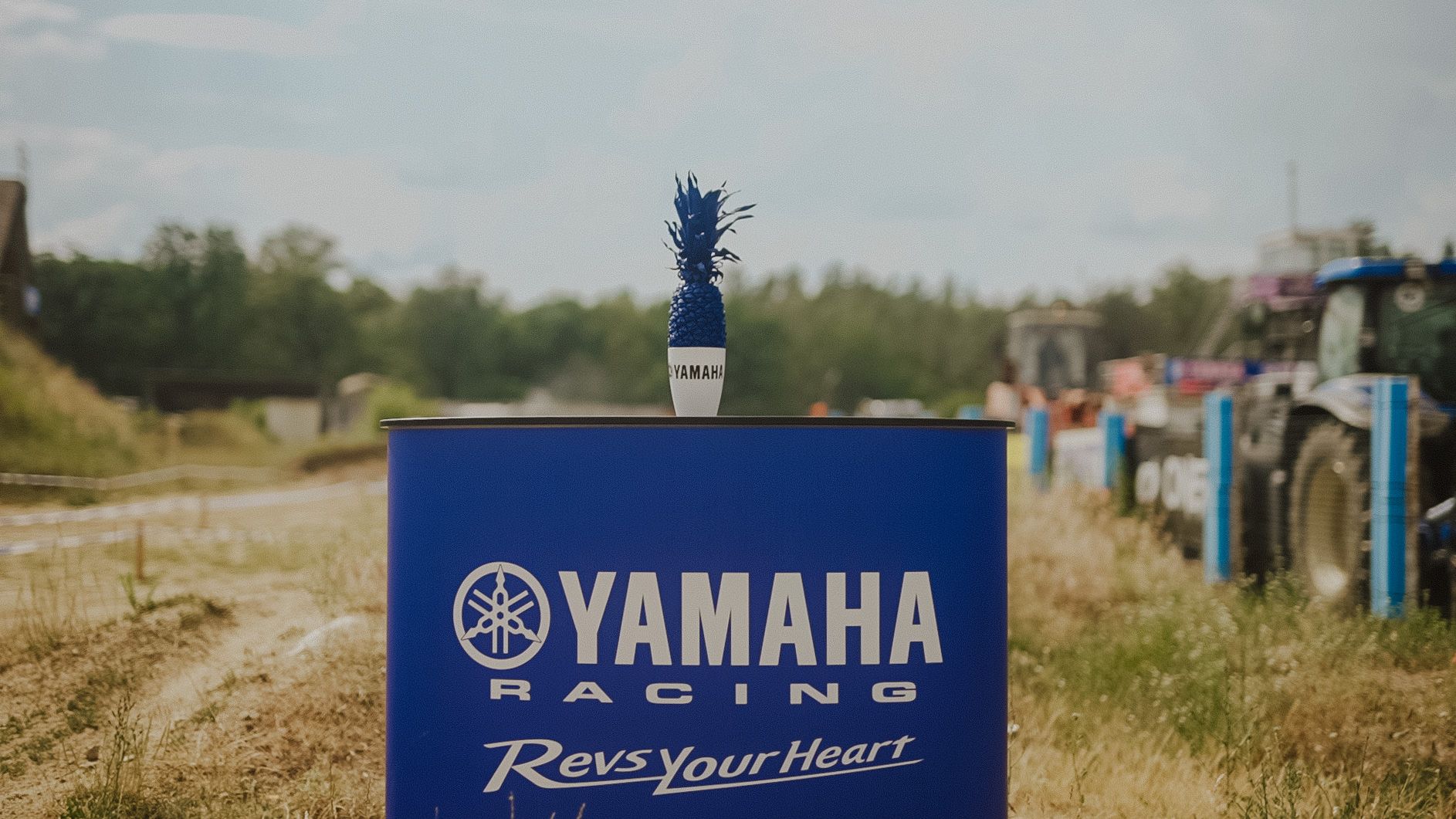