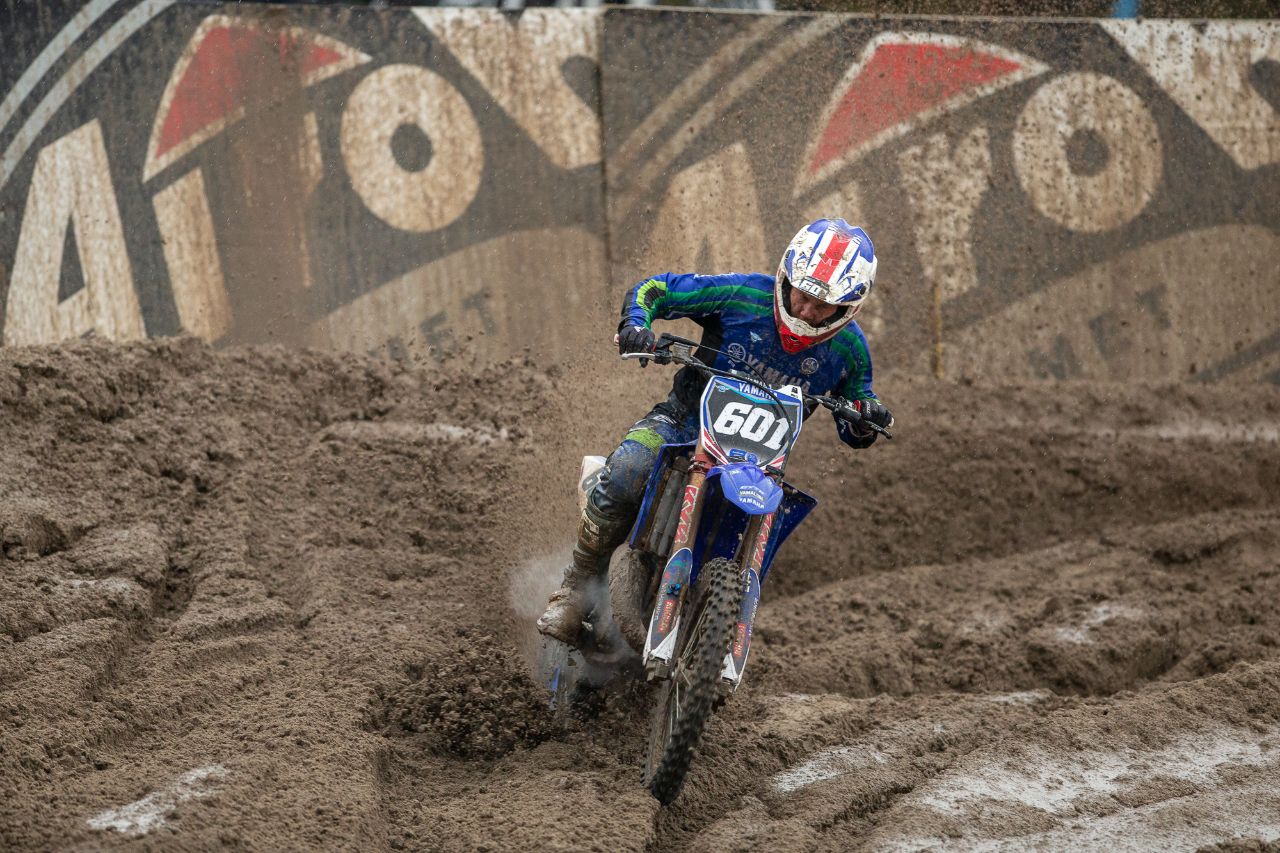 After two thrilling days of riding on the international stage for the first time at the Monster Energy Motocross of Nations, the 2019 YZ bLU cRU FIM Europe Cup came to an end on Sunday with the YZ125 race.

The YZ125 riders faced heavy rain and difficult conditions on Sunday at the TT Circuit Assen, contesting the last 2019 SuperFinale race after the YZ65 and YZ85 riders competed on Saturday.

A dry track on Saturday saw Latvian rider #601 Mairis Pumpurs set the pace in timed practice, ahead of Swedish rider #454 Liam Hanstrom and British rider #579 Bobby Bruce. Overnight rain left the track in a very slippery state, leaving the YZ125 class to run in full-wet conditions for the first time at Assen.

As the gate dropped practice leader Pumpurs took the holeshot to establish a very strong lead. Behind him Bruce also built on his practice pace to take second, battling with Spanish rider #252 Raul Sanchez behind. As the track got more challenging every rider put their head down over the 20-minute race. With Pumpurs sitting unchallenged in first place he took the victory nearly a minute clear, followed home by Sanchez, who battled past Bruce, in second and third respectively to complete the podium at the weekend’s most difficult and entertaining bLUcRU SuperFinale race.

For Pumpurs, Sanchez and Bruce, the bLU cRU Masterclass awaits on 18, 19 & 20 November in Spain, where they will be joined by two carefully selected YZ125 wildcards as they further develop their riding skills under expert tutorials and guidance. From the Masterclass, one of the five YZ125 riders will then win a place with the MJC Yamaha Official EMX125 team for the 2020 EMX125 Championship.

At the same time, a new chapter begins for every YZ bLU cRU rider at the SuperFinale as they have made the first steps towards careers in international racing.